A Montreal-bound Air Canada Boeing 737 Max ferry flight diverted in Arizona earlier this week due to an engine issue, the airline said Friday.

Pilots on Air Canada Flight 2358 received an engine alert shortly after takeoff from Marana, Arizona on Tuesday, the airline said. The carrier had been storing 737 Max jets there after the planes were grounded worldwide in March 2019 after two deadly crashes.

“As part of normal operating procedures in such situations, decided to shut down one engine” and diverted to Tucson, Air Canada said. The flight was carrying three crew members and no passengers. The plane remains in Tucson.

Boeing declined to comment and referred questions to the airline.

U.S. authorities lifted the ban on the planes last month after Boeing made changes to software that was implicated in both crashes, and addressed other concerns. Canadian officials last week approved design changes to the planes.

Fri Dec 25 , 2020
Last Christmas, Shanita Matthews cooked up a feast for her family of three: Roast chicken, barbecue spareribs, spinach and  macaroni and cheese. This year? It’s tuna fish and crackers, among the few items Matthews can afford at the supermarket. “We’re not really doing Christmas — I guess you can say […] 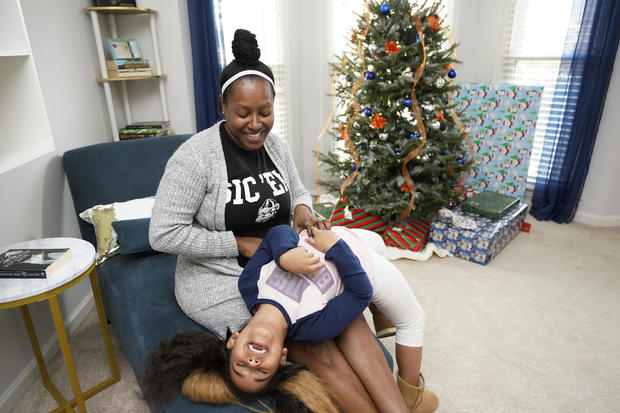