The voting caps a campaign dominated by the coronavirus pandemic that has killed more than 231,000 people in the United States and put millions out of work. The country has also been shaken by nationwide protests over racial injustice against Black Americans.

Biden, who has framed the contest as a referendum on Trump’s handling of the virus, promised a renewed effort to combat the health crisis, fix the economy and bridge America’s political divide. He has kept a relatively steady lead in national polls.

But Trump is close in enough swing states to possibly piece together the 270 state-by-state Electoral College votes needed to win the presidency. He defeated Democrat Hillary Clinton in the 2016 election despite losing the national popular vote by about 3 million ballots.

The uncertainty and the prospect of prolonged legal battles have fueled anxiety about the election’s outcome and aftermath.

Several cities are boarding up buildings in anticipation of possible protests, including around the White House and in New York City. The famed shopping destination of Rodeo Drive in Beverly Hills, California, will be closed on Tuesday, police said.

More than 99 million early votes had already been cast in person or by mail as of Monday night, according to the U.S. Elections Project at the University of Florida, a record-setting pace fueled by intense interest in the election and concerns about voting in person on Election Day during a pandemic.

The number was equal to 72.3% of the entire turnout in 2016 and represents about 40% of all Americans who are legally eligible to vote.

Trump has questioned the integrity of the election results for months, making unsubstantiated claims that mail-in voting is rife with fraud and refusing to commit to a peaceful transfer of power if he loses.

Trump has also said votes should only be counted through election night, even though many states often take days or weeks to tally ballots.

Americans will also decide on Tuesday which political party will control the U.S. Congress for the next two years, with Democrats pushing to recapture a Senate majority and expected to retain their control of the House of Representatives.

The first polling locations will open in some Eastern states at 6 a.m. EST (1100 GMT) on Tuesday.

Trump, 74, is seeking another four years in office after a tumultuous first term marked by the coronavirus crisis, an economy battered by pandemic shutdowns, an impeachment drama, inquiries into Russian election interference, U.S. racial tensions and contentious immigration policies.

Trump held five campaign rallies in four states on Monday, returning to Washington at 2:35 a.m. Eastern time on Tuesday. Trump was expected spend most of Tuesday at the White House, where an election night party is planned for 400 guests, all of whom will be tested for COVID-19.

Biden, 77, is looking to win the presidency after a political career spanning five decades including eight years as vice president under Trump’s Democratic predecessor, Barack Obama. He mounted unsuccessful bids for the Democratic presidential nomination in 1988 and 2008.

Biden spent his last full day of campaigning in Ohio and Pennsylvania, and was expected to spend Election Day in Scranton, Pennsylvania, his childhood home, and Philadelphia.

Trump’s deficit in opinion polls has been driven in part by public disapproval of his handling of the pandemic. He has repeatedly played down the threat, promising the crisis will end soon and urging a quick reopening of schools and businesses, prompting Biden to accuse him of “surrendering” to the virus.

The two candidates have focused on about a dozen competitive state battlegrounds, nearly all states that Trump won in 2016. Much of their attention has gone to Pennsylvania, Michigan and Wisconsin, the three traditionally Democratic states that Trump narrowly won in 2016, propelling his upset victory over Clinton.

If Biden can hold all of the states that Clinton won in 2016 and pick up Wisconsin, Michigan and Pennsylvania, it would be enough to capture the White House.

Polls also show tight races in Florida, North Carolina and Arizona. Florida, with 29 electoral votes, is the biggest must-win for Trump, as a loss there would block most of the president’s viable paths to winning the Electoral College.

The latest Reuters/Ipsos poll in Florida showed Biden with a 50%-46% lead, a week after the two were in a statistical tie.

Results in Florida, where mail-in ballots can be counted before Election Day, are expected to begin to come in relatively quickly on Tuesday night. But Pennsylvania, Michigan and Wisconsin will not begin counting the flood of mail ballots until Election Day, raising the possibility of a prolonged vote count that could stretch for several days.

At 48, Shaquille O'Neal reveals he just voted for the first time

Tue Nov 3 , 2020
Shaquille O’Neal has revealed he voted for the first time in his life. On “The Big Podcast with Shaq,” the 48-year-old former Los Angeles Lakers center on Wednesday confessed to never having voted before and described filling out an absentee ballot. “You know I always like being honest on my podcast. […] 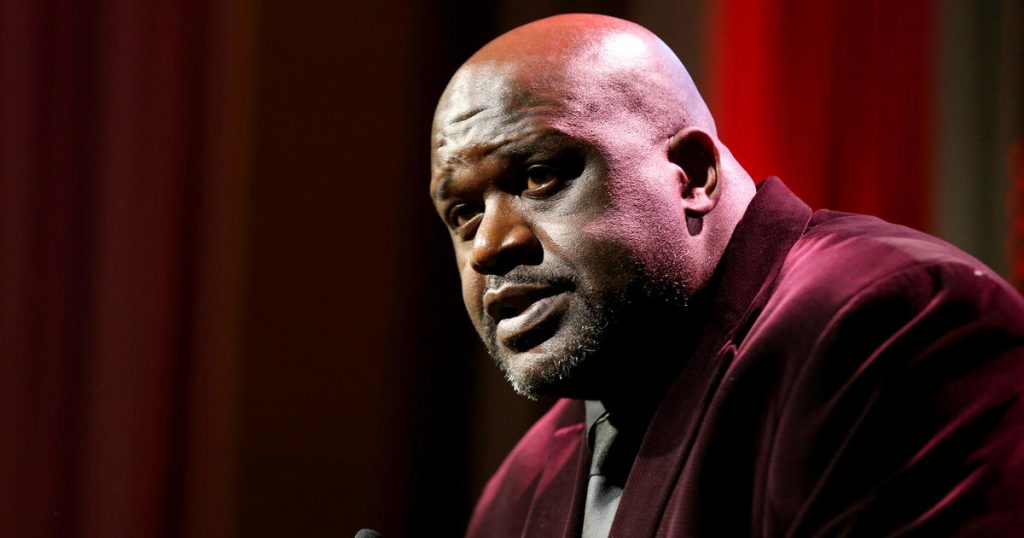