(Reuters) – Days after he was released by the New England Patriots in the wake of a rape allegation, star wide receiver Antonio Brown said on Sunday he was quitting the National Football League.

“Will not be playing in the @NFL anymore these owners can cancel deals do whatever they want at anytime we will see if the @NFLPA hold them accountable sad they can just void guarantees anytime going on 40m 2 months will see if they pay up!” Brown said on Twitter.

Brown was released by the Patriots on Friday less than two weeks after he signed on.

The Patriots did not reveal the terms of Brown’s contract, but media reports said he had agreed to a one-year deal worth $15 million, including a $9 million signing bonus.

Brown’s former trainer, Britney Taylor, filed a federal civil lawsuit in Florida on Sept. 10 alleging the 31-year-old raped her at his Miami home in May 2018 and forcibly kissed and sexually assaulted her at his Pittsburgh-area home in June 2017. He denies the charges.

When the Patriots released him, the four-time All-Pro player had played just one game for the team after he was signed as a free agent on Sept. 9, just as the NFL season was starting.

The Patriots did not give a reason for releasing Brown. But the decision followed a report in Sports Illustrated quoting another woman as saying that Brown recently sent her what she described as intimidating text messages after she accused him of making an unwanted sexual advance.

Sun Sep 22 , 2019
US Representative Adam Schiff, Chairman of the House Permanent Select Committee on Intelligence, holds a hearing on ‘Putin’s Playbook: The Kremlin’s Use of Oligarchs, Money and Intelligence in 2016 and Beyond,’ on March 28, 2019, in Washington DC. Mandel Ngan | AFP | Getty Images If an investigation shows that […] 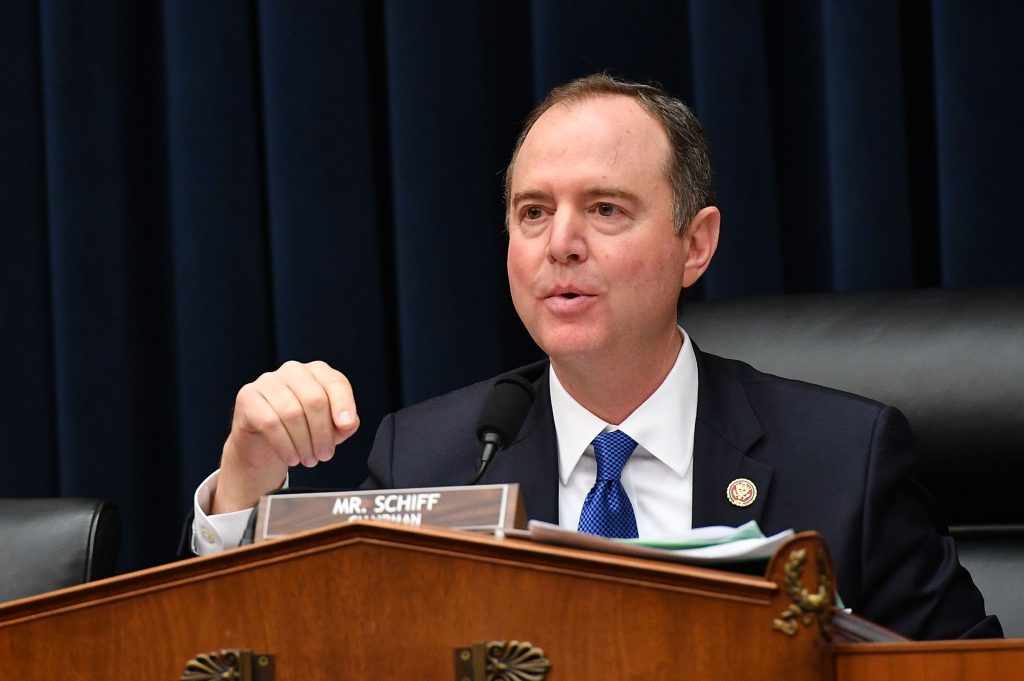