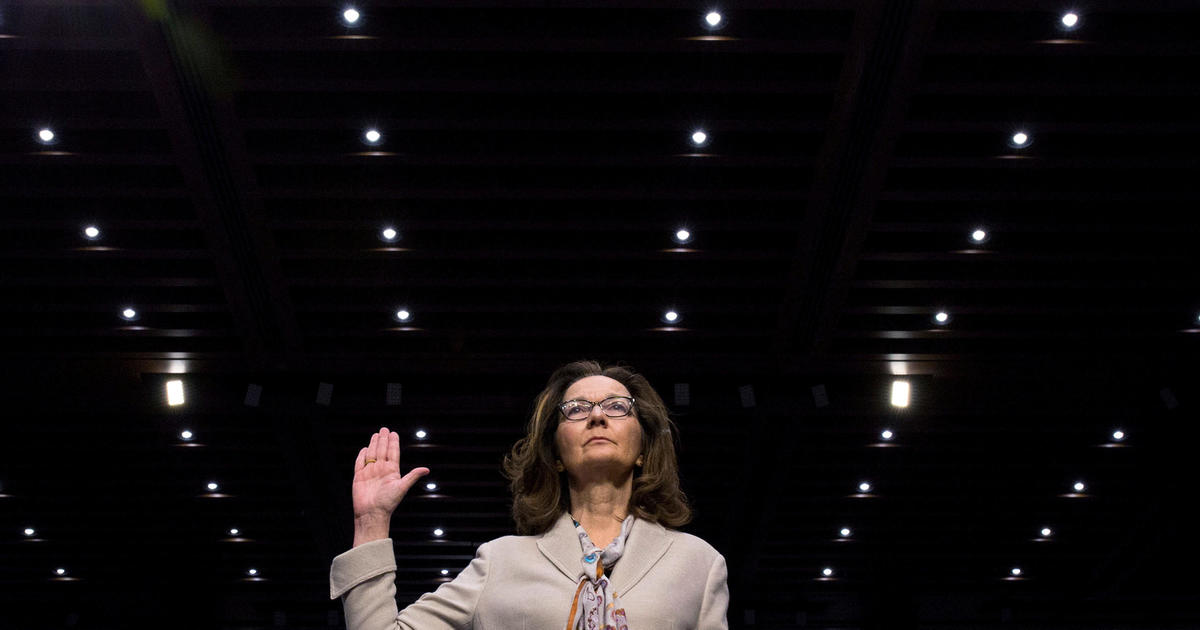 After roughly five hours of occasionally combative questioning in open and closed sessions with the Senate Intelligence Committee on Wednesday, CIA director nominee Gina Haspel appeared to secure the support she needed have her nomination reported favorably to the full Senate.

Three Democrats on the Intelligence committee – Senators Ron Wyden, D-Oregon, Martin Heinrich, D-New Mexico, Kamala Harris, D-California, and independent Angus King, of Maine – had declared themselves “no” votes on Haspel’s nomination. At least two others – Senator Dianne Feinstein, D-California and Vice Chairman Mark Warner, D-Virginia – still hang in the balance. But crucially, Haspel won the support of Sen. Joe Manchin, D-West Virginia, as well as Sen. Susan Collins, R-Maine, who, though a Republican, said she was unsure of her decision until well after the hearing had concluded.

Late Wednesday, Collins issued a statement of support for Haspel, called her “an accomplished intelligence professional who will bring 33 years of experience to her new role.”

The likelihood Haspel would be confirmed suffered a blow soon thereafter, however, when Sen. John McCain, R-Arizona, who has been absent from the Senate while undergoing treatment for brain cancer, issued a statement urging his colleagues to vote against Haspel’s nomination.

“I believe Gina Haspel is a patriot who loves our country and has devoted her professional life to its service and defense,” McCain said. “However, Ms. Haspel’s role in overseeing the use of torture by Americans is disturbing. Her refusal to acknowledge torture’s immorality is disqualifying. I believe the Senate should exercise its duty of advice and consent and reject this nomination.”

Senator Rand Paul, R-Kentucky, has already voiced his opposition to Haspel. Unless she wins more Democrats to her side, she can afford to lose no more Republican votes in order to be confirmed.

Earlier in the day, during one of the most contentious exchanges of the hearing, Sen. Kamala Harris, D-California, repeatedly asked Haspel for her personal views of the “enhanced interrogation techniques” – which many call torture – that agency employed in the aftermath of 9/11.

“Senator, I believe that CIA did extraordinary work to prevent an attack on this country given the legal tools that were authorized to use,” Haspel replied, in one instance. After a few follow-ups, Harris ultimately said she would move on, observing sharply that Haspel had not answered the question.

It was a line of questioning pursued by several Democratic senators, including Vice Chairman Mark Warner, D-Virginia, who said in his opening remarks, “What the committee must hear is your own view of the [Rendition, Detention and Interrogation] program today, given the benefit of time and hindsight.”

“Should the United States ever permit detainees to be treated the way the CIA treated detainees under the program – even if you believe it was technically ‘legal?'” Warner asked. “Most importantly, in your view – was the program consistent with American values?”

Haspel later addressed the question obliquely, noting that, in the years after 9/11, “We have decided to hold ourselves to a stricter moral standard,” she said. “I support the United States holding itself to that stricter standard.”

Her indirect responses stoked the ire of some senators, with both Warner and Heinrich at separate times calling her answers needlessly “legalistic.”

Still, Haspel bluntly told the committee she would “never, ever” take the CIA back to what it had previously done. In her opening statement, she said “I can offer you my personal commitment, clearly and without reservation, that under my leadership, CIA will not restart such a detention and interrogation program.”

“My moral compass is strong,” she said later. “I would not allow CIA to undertake activity that I thought was immoral even if it was technically legal. I would not permit it.”

Overwhelmingly, the senators’ questioning focused on the most controversial and still-unknown details of Haspel’s 33-year, mostly classified, clandestine career – in particular, her reported oversight of a secret CIA “black site” in Thailand, where at least one detainee was subjected to enhanced interrogation techniques, including waterboarding, as well as her involvement in the destruction of 92 videotapes documenting the interrogations. Senators also pressed Haspel on what they called “selective declassification” of her records which, some argued, Haspel herself could have opted to correct, especially since she is the acting director of the agency.

“We are following the existing guidelines— ” Haspel began.

“I have chosen to follow the guidelines that exist,” Haspel said.

“So, you are making the classification decisions as to what materials should be released to this committee?” King responded.

“I’m electing not to make an exception for myself,” Haspel replied, arguing that it would pose a conflict of interest for her to declassify any information if it ultimately benefitted her confirmation prospects.

Feinstein also pressed Haspel on this question, but Haspel’s decision on the matter appears to be final. “It has been suggested to me by my team that if we tried to declassify some of my operational history, it would help my nomination,” Haspel said. “I said that we could not do that. It is very important that the director of the Central Intelligence Agency adhere to the same classification guidelines that all employees must adhere to because there are very good reasons for those classification guidelines.”

She also said, “I absolutely was an advocate” for destroying the tapes in accordance with the law, though she said her former boss, Jose Rodriguez, acted unilaterally in issuing the order to do so. “He and he alone made the decision to destroy the tapes,” Haspel said, adding that Rodriguez believed he was legally authorized to do so, and that no legal requirement for their retention existed.

Haspel dispelled what she said were erroneous reports that she appeared on the tapes, said she never saw them, and said all 92 of them documented the interrogation of one detainee – all of which were new details about the matter.

The atmosphere was tense when Haspel first entered the room, and the audience was thick with protesters who shouted, “Don’t reward torture!” and “Bloody Gina!” Several were removed – some, after a struggle. And there were audible reactions to some of Haspel’s responses, including when Collins asked her what she would do if President Trump – who, as a candidate in 2016, said he would “bring back a hell of a lot worse” than waterboarding – issued a direct order to waterboard a suspect.

“I do not believe the president would ask me to do that,” Haspel said, prompting scattered scoffs. She reiterated that she would never allow the reinstatement of an interrogation program at the CIA and said other agencies were better-suited to carry out those kinds of programs.

She also addressed a central question for the committee’s Democrats: “I don’t believe torture works,” Haspel said, but added that the CIA “got valuable information from debriefing of Al Qaeda detainees,” she said.

“I don’t think it’s knowable whether interrogation techniques played a role in that,” she said.

For their part, Republicans on the committee occasionally registered their impatience with the hearing’s focus and with Democrats’ recalcitrance. Senator Roy Blunt, R-Missouri, said, “We shouldn’t be talking about what happened 17 years ago. We should be talking about what’s going to happen 17 weeks or 17 days from now.”

“What message would it send if we didn’t confirm you to the CIA?” asked Sen. Tom Cotton, R-Arkansas. “What message does overwhelming Democratic opposition to your nomination send?” he asked, before telling Haspel, “You don’t have to answer.”

More current – and in some cases, currently pressing – national security issues related to Iran, Russia, China, cybersecurity or other threats were not raised during the course of the hearing, though Haspel is expected to supply additional, written responses to senators’ follow-up questions in the coming days.

Chairman Richard Burr, R-North Carolina said he expected the committee to vote on Haspel’s nomination sometime next week. At the hearing’s opening, Burr said it should not be about “programs already addressed by executive order, legislation and the court of law.”

“It’s about the woman seated in front of us,” he said.

Thu May 10 , 2018
Lawmakers did not vote this year to increase Connecticut’s minimum wage despite a strongly worded letter from the leader of the state’s largest labor organization. Democratic House Speaker Joe Aresimowicz, of Berlin, said there didn’t appear to be enough time or support to pass the legislation before Wednesday’s midnight adjournment. […]