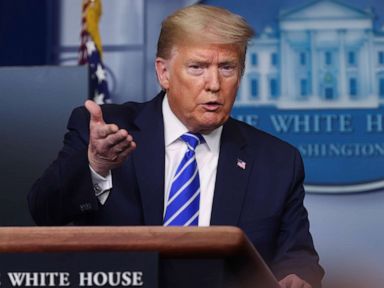 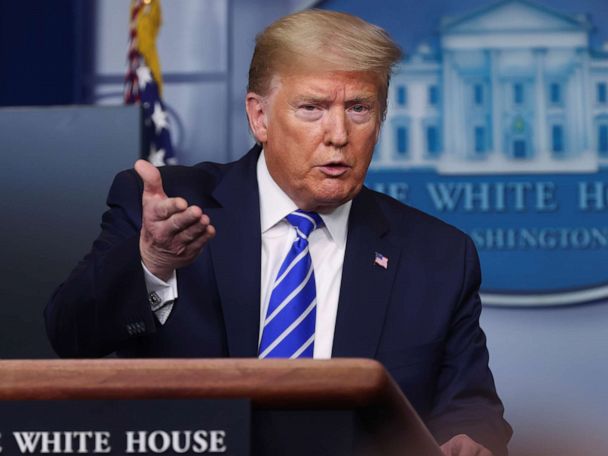 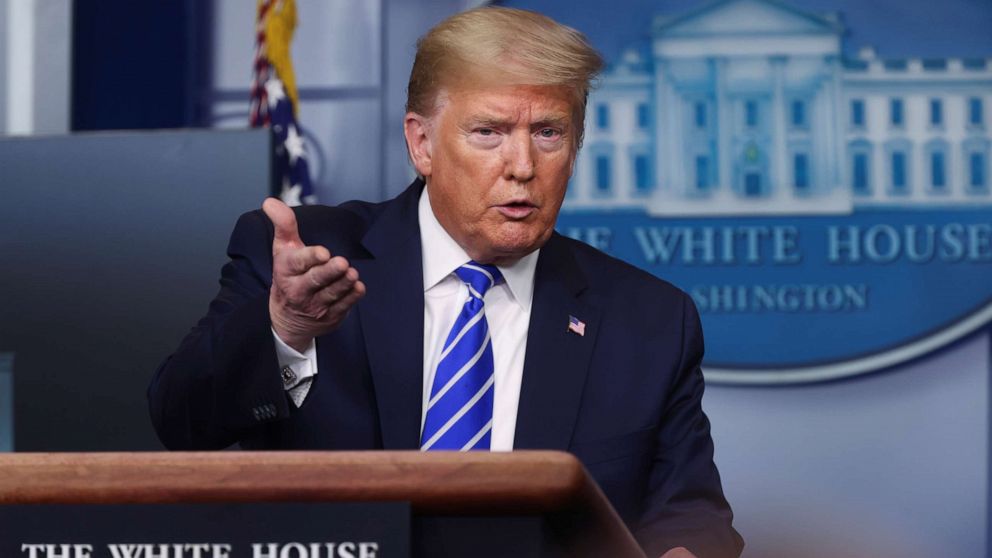 After backlash over President Donald Trump suggesting that sunlight, high humidity or possibly an “injection” of “the disinfectant that knocks it out in a minute” could be COVID-19 treatments, the White House claimed Friday that his comments, which many medical experts call dangerous or even deadly, were taken “out of context.”

“President Trump has repeatedly said that Americans should consult with medical doctors regarding coronavirus treatment, a point that he emphasized again during yesterday’s briefing,” White House press secretary Kayleigh McEnany said. “Leave it to the media to irresponsibly take President Trump out of context and run with negative headlines.”

Later on Friday, Trump then claimed that he was being “sarcastic” when he made the suggestion at Thursday night’s White House briefing, even though he did not appear or sound to be.

“I was asking the question sarcastically to reporters like you, just to see what would happen,” Trump said at an Oval Office signing for the Paycheck Protection Program. “I was asking a very sarcastic question to the reporters in the room about disinfectant on the inside. But it does kill it, and it would kill it on the hands, and that would make things much better. That was done in the form of a sarcastic question to the reporters.”

Trump suggested the controversial ideas at the briefing after calling up Bill Bryan, head of the Department of Homeland Security’s science and technology division, who presented new research that COVID-19 survives for a shorter time in warmer, more humid conditions and when exposed to direct sunlight.

But the president, playing off what Bryan said and without evidence, went on to suggest treating the body outside or even inside with ultraviolet light or ‘ingestion’ of disinfectant that might kill the virus.

“So supposing we hit the body with a tremendous — whether it’s ultraviolet or just a very powerful light — and I think you said that hasn’t been checked because of the testing,” Trump said, looking at Bryan. “And then I said, supposing you brought the light inside the body, which you can do either through the skin or some other way, and I think you said you’re going to test that too.”

“I see the disinfectant that knocks it out in a minute, one minute. And is there a way we can do something like that by injection inside or almost a cleaning? As you see, it gets in the lungs, it does a tremendous number on the lungs, so it would be interesting to check that,” the president continued.

It wasn’t clear, and the White House did not elaborate, on what, if anything, was taken “out of context” in news reports quoting the president’s own words as seen on national television and streams.

Lysol’s maker issued a statement warning people not to consume the product.

“Due to recent speculation and social media activity, RB has been asked whether internal administration of disinfectants may be appropriate for investigation or use as a treatment for coronavirus (SARS-CoV-2),” the statement said.

“As a global leader in health and hygiene products, we must be clear that under no circumstance should our disinfectant products be administered into the human body (through injection, ingestion or any other route),” RB said.

Bryan, pressed by reporters, said later that federal labs aren’t considering sunlight a treatment option. He added that heat and humidity alone wouldn’t kill the virus if people don’t continue to practice social distancing — but Trump wouldn’t let go off the possibility that “maybe” it can.

The president also turned to a seated Dr. Deborah Birx, the coronavirus response coordinator, and asked whether she had ever heard about the possibility that heat could kill the virus.

“Not as a treatment,” Birx said, hesitantly. “Fever is a good thing when you have a fever. It helps your body respond. But not as — I have not seen heat or light.”

“I think that’s a great thing to look at,” Trump added.

“It’s not a matter of whether the media or anyone took his words out of context. It’s the fact that his raising these types of ideas and thoughts in public briefings, as opposed to simply having these types of discussions in internal meetings, is dangerous,” Cohen said.

“The briefings should not be opportunities to brainstorm and raise ideas of imagination — it just causes confusion and can actually increase panic among the public, or it can cause confusion among state and local authorities who are trying to figure out how to best respond to the emergency,” he said.

Trump has previously said that the virus will go away in April because of warmer weather, though he was criticized for saying so well before substantial research backed up the claim. On Thursday, he pointed that out, and also joked he was “thinking about moving outside to the Rose Garden” for the sunlight.

“There’s been a rumor that, you know — a very nice rumor, that if you go outside in the sun or you have heat, and it does have an effect on other viruses but now we get it from one of the great laboratories of the world,” Trump said at another point Thursday.

But Bryan warned that “it would be irresponsible for us to say that we feel the summer will totally kill the virus.”

Dr. Anthony Fauci, the nation’s top infectious disease expert, was absent from Thursday’s briefing, but has previously said that he wouldn’t count on warmer weather to stop the spread.

“We do not know what this virus is going to do,” Fauci told the House Oversight Committee on March 11. “You would hope that when we get to warmer weather, it would go down, but we can’t operate under that assumption.”

Before this, President Trump had for weeks touted the promise of the anti-malarial drug hydroxychloroquine as a potential “game changer” in the treatment for COVID-19 — but since a new analysis of the drug’s use found a higher rate of death among patients who used hydroxychloroquine compared to those who received standard care, the president has mostly stopped pushing it as a possible life-saving treatment.

Fri Apr 24 , 2020
Daniel Craig stars as James Bond in “No Time To Die.” MGM MGM reportedly has laid off around 7% of its staff as the coronavirus pandemic had made basic job duties impossible to perform while movie releases are delayed and theaters are shuttered. Variety reported Friday that around 50 jobs […] 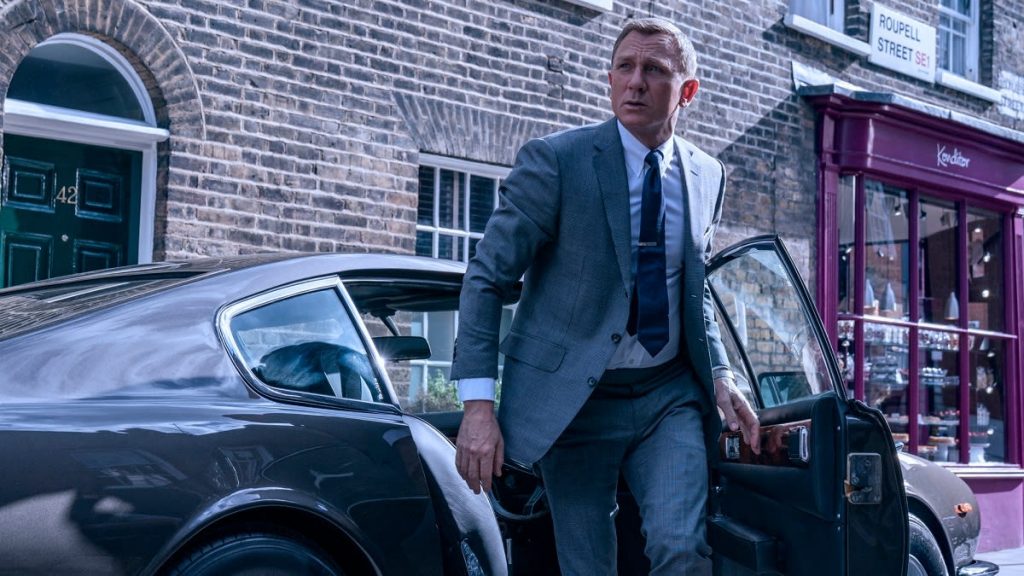