By Svea Herbst-Bayliss and Subrat Patnaik

(Reuters) – Activist investor Daniel Loeb on Wednesday urged Walt Disney Co to forgo paying a dividend and use the cash to make and buy more programming for its Disney+ streaming service as it battles tech giants Netflix and Amazon <AMZN.O>.

Loeb, whose hedge fund Third Point bought into Disney during the second quarter, said the company could double the programming budget for Disney+ by reallocating a dividend of a few dollars per share.

“We believe the company should permanently suspend its $3 billion annual dividend, redirect capital entirely into content production and acquisition for Disney’s (direct-to-consumer) business, centered around Disney+,” Loeb wrote in a letter to Disney Chief Executive Robert Chapek on Wednesday. Reuters obtained a copy of the letter.

In May, Disney’s board of directors said it would suspend payment of its semi-annual cash dividend for the first half of fiscal 2020.

A Disney spokesman did not immediately respond to a request for comment. The company said in August that it would hold an investor day in the coming months to provide an update on its streaming strategy.

Loeb added Disney to Third Point’s portfolio some months ago when its shares were beaten down by worries over how theme parks and movie theaters would survive the global coronavirus pandemic.

Disney said in August it had attracted more than 100 million streaming customers worldwide in just the first nine months of its digital video push. Netflix boasts 193 million, but it got a head start in the streaming market 13 years ago.

While Loeb wrote that he did not want to intrude on Disney’s basic business decisions, he left little doubt that he wanted the company to move more quickly to capture streaming subscribers.

Even though a more aggressive investment strategy may weigh on short-term earnings, Loeb argued that with time, investors would see a benefit.

“Time is of the essence and the company should consider significant additional investments in content, both through production and acquisitions here and abroad,” he wrote.

The letter, first reported by Bloomberg, struck a conciliatory tone with Loeb saying he looked forward to a “constructive dialogue” with the company.

He also urged Disney to embrace home entertainment as the future, rather than movie theaters.

“Every Hollywood executive has been able to enjoy first-run movies in the comfort of their home for years,” Loeb wrote. “We urge you to democratize this experience and to continue to embrace the future of home entertainment with the utmost urgency in executing the company’s digital transformation.”

Catholic bishop in Missouri criticized for letter on voting

Wed Oct 7 , 2020
The bishop of the Kansas City-St. Joseph Diocese has come under criticism for sending a letter urging parishioners to vote for candidates who oppose abortion By The Associated Press October 7, 2020, 6:10 PM • 3 min read Share to Facebook Share to Twitter Email this article KANSAS CITY, Mo. […] 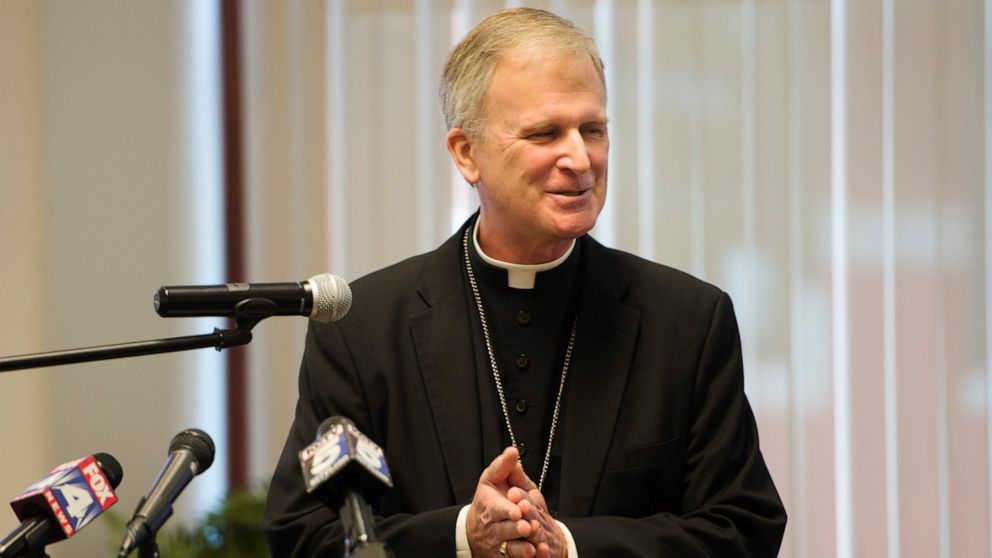