The company is planning mass layoffs as a result of COVID-19 shutdowns.

Activist investor Dan Loeb is urging The Walt Disney Company’s CEO Bob Chapek to halt its $3 billion annual dividend payment and redirect the funds towards content production and acquisition for its streaming service, Disney+, according to a letter Wednesday obtained by FOX Business.

“By reallocating a dividend of a few dollars per share, Disney could more than double its Disney+ original content budget,” Loeb wrote. “These incremental dollars would, based on our analysis, generate returns that are multiples of the stock’s current dividend yield by driving high life-time-value  subscribers to your [direct-to-consumer] platform.”

“Together, the ability to drive subscriber growth, reduce churn, and increase pricing present the opportunity to create tens of billions of dollars in incremental value for Disney shareholders in short order, and hundreds of billions once the platform reaches a larger scale,” he added.

The letter comes as the coronavirus has prompted the acceleration of cord-cutting from traditional cable and has forced media companies to adapt to a new release model while the pandemic continues to prompt the closure of theaters across the globe, including Cineworld’s Regal Cinemas. As for Cineworld’s competitors, AMC and Cinemark, both have expressed their commitment to remain open during the pandemic.

Loeb argued that the new focus on streaming content would allow Disney to stand out amongst its other media competitors.

“A more aggressive content roadmap will distinguish Disney as the only traditional US media company able to thrive in a world beyond the box office and the cable TV ecosystem, alongside digital-first businesses like Netflix and Amazon,” Loeb said.

Loeb is also recommending that Disney condense its additional content assets, including Hulu, ESPN+, and the upcoming offering Star, under one platform with its current Disney+ content. He believes the move will allow the company to exceed the subscriber base of the industry leader, Netflix, in just a few years.

However, he warned that time is of the essence and that Disney should consider “significant additional investments in content both through production and acquisitions here and abroad.”

Finally, Loeb stressed the benefits that would come from Disney putting its blockbusters straight onto the streaming platform, similar to its move with the live-action Mulan.

“While some pundits have described the Mulan release as a “debacle” due to the $29.99 cost for a VOD download, we see this as a valuable learning experience, expect stumbles on the way to greatness, and believe this will drive a faster decision to make all content available to subscribers for a simple subscription fee,” Loeb said.

However, he noted that the media giant should try a different approach going forward than Mulan’s initial pay-per-view strategy, arguing subscribers want “an easier and more affordable way to access Disney’s marquee content.”

“We are confident that Disney can build a DTC business that will meaningfully exceed its current cable TV and box office revenue streams, but only if the company leans into this opportunity and invests more aggressively,” Loeb concluded. “We urge you to democratize this experience and to continue to embrace the future of home entertainment with the utmost urgency in executing the company’s digital transformation.”

As of June 30, Loeb’s firm Third Point LLC owns about 5.5 million Disney shares, according to a filing with the Securities and Exchange Commission.

A spokesperson for the Walt Disney Company did not immediately return FOX Business’ request for comment on the letter.

Tesla owner says he butt-dialed a $4,280 Autopilot upgrade — and is still waiting on a refund

Wed Oct 7 , 2020
In this photo illustration, the Tesla website showing the Tesla 3 model is displayed on the screen of an iPhone on March 18, 2019 in Paris, France. Chesnot | Getty Images News | Getty Images On September 24th, physician Dr. Ali Vaziri was unpleasantly surprised by a mobile alert from […] 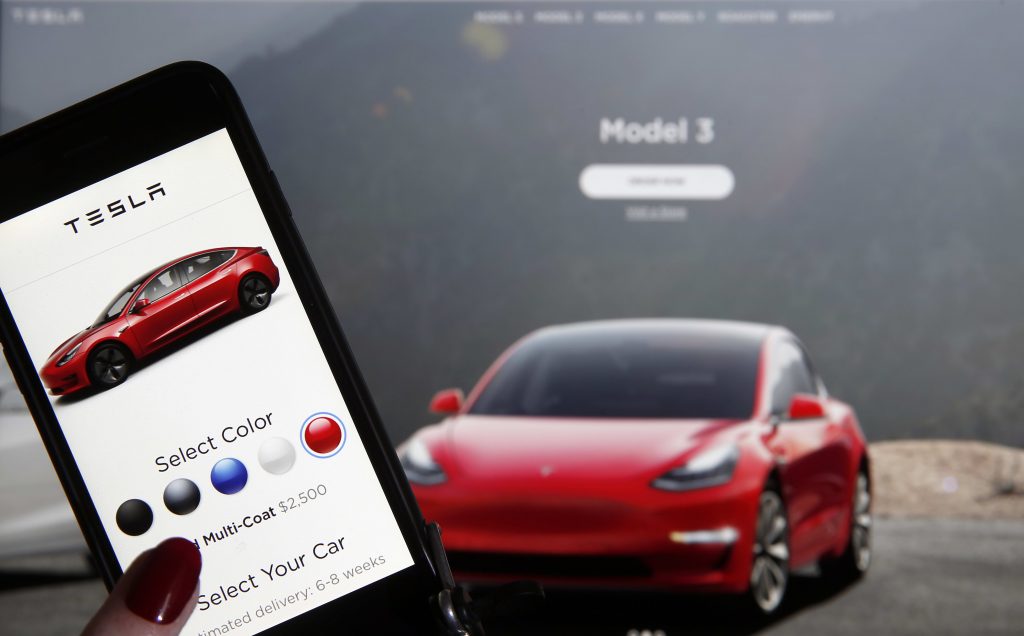