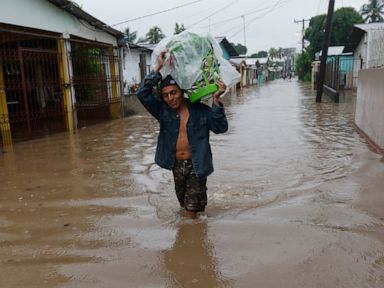 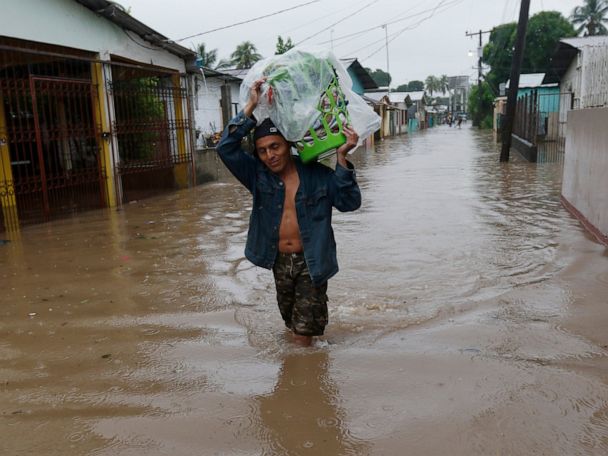 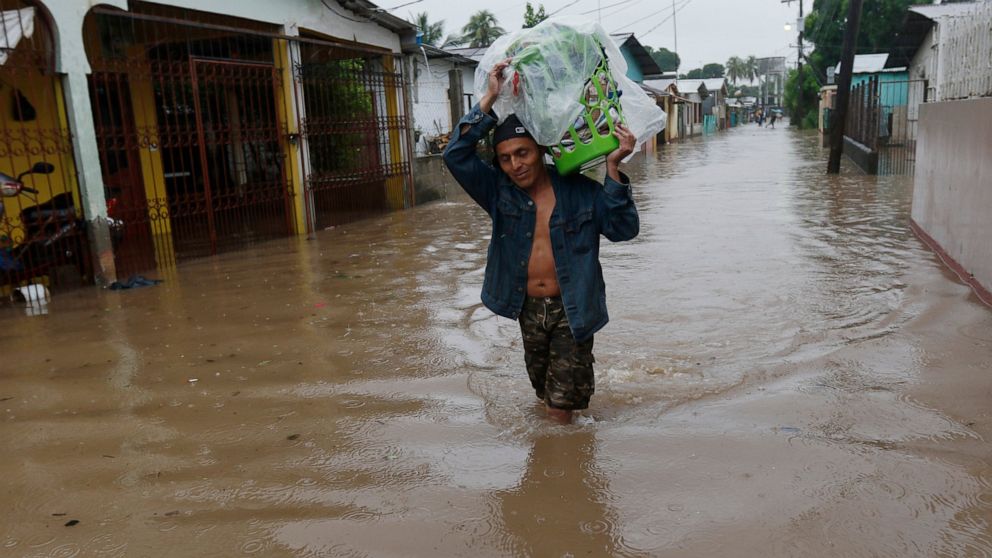 TEGUCIGALPA, Honduras — Eta is moving over Honduras as a weakened tropical depression but still bringing the heavy rains that have caused deadly landslides while drenching the country’s east and the north of neighboring Nicaragua.

The storm no longer carried the winds of the Category 4 hurricane that battered Nicaragua’s coast Tuesday, but it was advancing so slowly and dumping so much rain that much of Central America remained on high alert. Eta had sustained winds of 35 mph (55 kph) and was moving west-northwest at 7 mph (11 kph) late Wednesday. It was 115 miles (185 kilometers) south-southeast of La Ceiba.

The long-term forecast called for Eta to spin back out into the Caribbean late Thursday and then reform as a tropical storm Friday — possibly reaching Cuba on Sunday and southern Florida on Monday.

Heavy rain was forecast to continue across Honduras through at least Thursday as Eta moved northward toward the capital of Tegucigalpa and the northern city of San Pedro Sula.

Before the center of Eta even reached Honduras, hundreds of people had been forced from their homes by floodwaters.

On Wednesday, Mayor Edy Chacón in the central Honduras town of Sulaco said a 15-year-old boy had drowned trying to cross a rain-swollen river. That brought the storm’s death toll to at least four in Nicaragua and Honduras.

Aparicio said Wednesday that some 379 homes had been destroyed, mostly by floodwaters. There were 38 communities cut off by washed out roads and five bridges in the country were wiped out by swollen rivers.

Among those rescued were Karen Patricia Serrano, her husband and five children. Their home was flooded with waters from the Lancetilla river and they had been in a shelter in the northern city of Tela since Monday.

“We lost everything,” the 32-year-old woman said. “I don’t know what we’re going to do. My husband is 74 years old and because of his age he can’t work. I even lost my little animals,” she said, referring to chickens, cats and dogs.

Óscar Armando Martínez Flores, his wife and seven children were in the same shelter. Their home near the Lancetilla river also flooded, and they made it out only with the clothes they were wearing.

“The rains began Monday and the river overflowed,” Martínez said Wednesday. “The firefighters and police arrived to take us out because the houses were flooded.”

Martínez was already in dire straits before the storm. A construction worker, he hadn’t been able to find work in eight months since the coronavirus pandemic began there. He has been selling tortillas to keep his family afloat.

Francisco Argeñal, chief of meteorology at Honduras’ Center for Atmospheric, Oceanographic and Seismic Studies, said he expected more of the country’s rivers to spill from their banks.

The U.S. National Hurricane Center forecast that before Eta moved away, parts of Nicaragua and Honduras could receive 15 to 25 inches (380 to 635 millimeters) of rain, with 40 inches (1,000 millimeters) possible in some isolated parts.

Eta left a path of destruction across northern Nicaragua, starting with the coastal city of Bilwi.

“The debris teams are starting to work and we still can’t give a sense of what happened,” said Ivania Díaz, a local government official in Bilwi. “We have seen very humble homes completely destroyed.”

Two gold miners were killed in a landslide Tuesday in the Nicaraguan town of Bonanza, about 100 miles (160 kilometers) west of where Eta made landfall, said Lt. Cesar Malespin of the Bonanza Fire Department.

In the country’s northern province of Jinotega, communities were already flooded.

Northern Nicaragua is home to most of the country’s production of coffee, a critical export. Lila Sevilla, president of the National Alliance of Nicaraguan Coffee Producers, said they were concerned about landslides that could affect coffee plants and block roads needed to get the harvest to market.

“It’s still early to evaluate the impact of the rain, but we can expect damage to the road network in the northern towns,” Sevilla said. The harvest hadn’t started yet, but extended rain could cause the coffee to mature too quickly and affect its quality, she said.

Thu Nov 5 , 2020
November 5, 2020 PARIS (Reuters) – Paris will be placed under more restrictions to curb the worsening COVID-19 pandemic, including a requirement for more shops to close in the evening, Paris Mayor Anne Hidalgo told BFM TV on Thursday. Hidalgo said this would entail shutting down certain shops selling takeaway […]