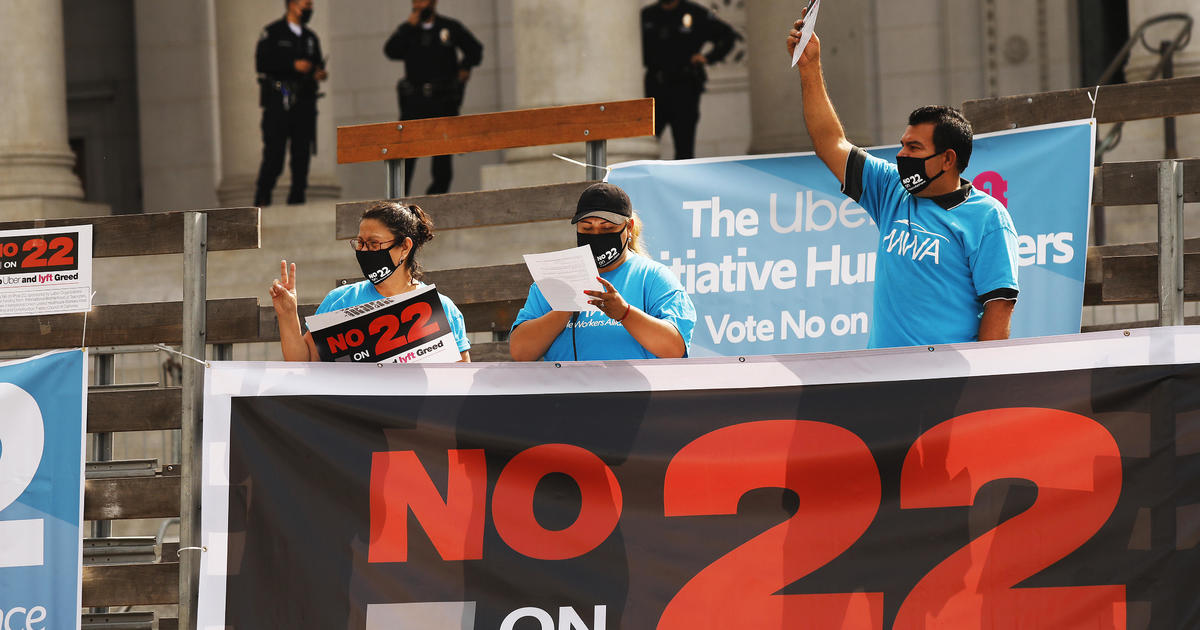 Washington — The candidates for president and vice president may be the hot items on the ballot this Election Day, but voters coast-to-coast will also weigh in on scores of ballot measures that touch on a wide array of issues.

The National Conference of State Legislatures estimates 32 states, the District of Columbia and Puerto Rico have on their ballots at least 120 initiatives.

In several states, voters will decide whether to legalize recreational or medical marijuana use, while others will weigh changes to their voting procedures. In California, this year’s most expensive ballot campaign is being waged, as tech companies like Uber, Lyft and DoorDash are shelling out millions in hopes of convincing voters to approve what’s known as Proposition 22.

Here is your guide to the top ballot initiatives this year.

Voters in three states — Alabama, Colorado and Florida — have on their respective ballots measures that seek to amend their state constitutions to say that “only a citizen of the United States” is qualified to vote.

In Alaska and Massachusetts, meanwhile, initiatives seek to implement ranked-choice voting, in which voters rank their preferred candidates rather than selecting just one.

Florida’s Amendment 3 looks to change the state’s primary system for the state legislature, governor and cabinet to a “jungle primary,” where all candidates appear on the same primary ballot and the two top vote-getters, regardless of party, advance to the general election. If the measure is approved, the new rules would take effect in 2024.

California voters will weigh in on several election-related ballot measures, including one to amend the state constitution to let 17-year-olds who will turn 18 by the general election vote in the primaries or any special election, and another to restore voting rights to felons on parole.

When it comes to the process of redistricting, the next round of which will take place in 2021, a ballot measure in Virginia seeks to turn the process of drawing congressional and state legislative district lines over to a bipartisan commission made of eight citizens and eight members of the General Assembly.

In Missouri, a measure on the ballot there looks to change the redistricting process approved by voters in 2018, which gave a nonpartisan state demographer responsibility for drawing state legislative districts, and instead hand that power over to governor-appointed bipartisan commissions.

Voters in two states will have a say this election on measures regarding abortion, a hot-button issue given the Supreme Court’s new 6-3 conservative majority and warnings the high court is now closer to reversing Roe v. Wade, the 1973 landmark Supreme Court decision that established a woman’s right to an abortion.

In Louisiana, a legislative referendum seeks to amend the state constitution to declare that “nothing in this constitution shall be construed to secure or protect a right to abortion or require the funding of abortion.”

In Colorado, a proposition on the ballot would ban abortions after 22 weeks.

Legalization of medical marijuana for people with debilitating medical conditions is on the ballot for voters in South Dakota and Mississippi.

Ballot measures legalizing the recreational use of marijuana will also be before voters in South Dakota, New Jersey, Montana and Arizona.

Oregon, meanwhile, is asking voters to weigh in on a measure that would decriminalize possession of most drugs, while the District of Columbia has on its ballot an initiative decriminalizing some psychedelic plants and fungi, like magic mushrooms.

In California, people heading to the polls will weigh in on Proposition 22, which would classify drivers for apps like Uber and Lyft as independent contractors rather than employees if passed.

In Colorado, a ballot measure there would create a paid family leave and medical leave program.

After Mississippi Governor Tate Reeves, a Republican, signed a bill this summer to replace the state flag that featured the Confederate emblem, Mississippi voters will now decide whether to adopt a new design as the official state flag.

The new proposed design features a magnolia, the state flower, in the center and 20 white stars encircling it, as well as the words “In God We Trust.” The elements are set against a dark blue background, with two red panels on the left and right sides of the flag.

Two states, Nebraska and Utah, have on their respective ballots proposed constitutional amendments to would strip language that allows slavery and involuntary servitude to be used as punishment for a crime.

Mon Nov 2 , 2020
The U.S. Postal Service is seeing more delays in delivering the mail, with the agency disclosing last week that about 20% of all letters and packages sent around the country in the week ended October 23 were late. Mail-in ballots, which are tracked separately by the Postal Service, are also […] 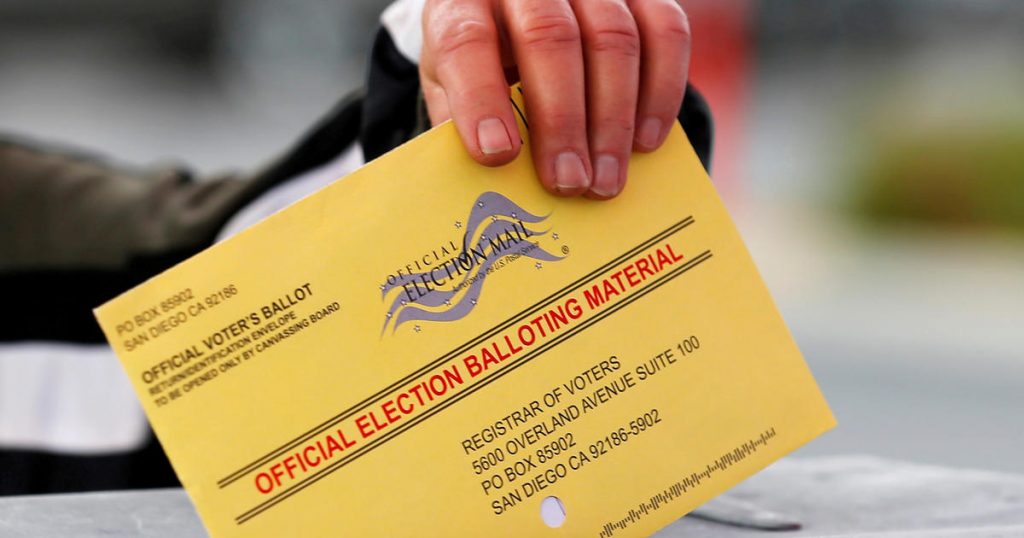