The world is entering a “geopolitical recession,” heralding the end of the U.S.-led global order, according to prominent political analyst Ian Bremmer.

Speaking at the ANZ Finance & Treasury Forum in Singapore, Bremmer said: “This geopolitical recession is something really simple — it’s the end of the U.S.-led global order. And we don’t know what is replacing it yet.”

Bremmer, who is the president and founder of political risk consultancy Eurasia Group, suggested a new economic downturn would lead to greater fragmentation across the globe.

He said: “I’m much more concerned that when the next economic recession hits … And certainly there’s not as much free money, and when the corporates are tightening their belts, then we’ll get into trouble. In other words, the political implications of the next economic down-cycle will be much greater dislocation.”

He believes a major reason for the current political disruption is that the “geopolitical order is no longer as aligned with the United States and its allies.”

He added that the relationships between Americans and Europeans had deteriorated with the latter becoming weaker on the global stage. He also pointed to the rise of China and said that, overall, emerging markets are becoming more important.

“The Americans are less interested in exporting democracy … Today there is an argument to be made that the Americans are exporting populism,” he said, pointing to the new anti-establishment government in Italy. Coming to power in early June, Italy currently has a ruling coalition that is made up of the right-wing Lega party and the left-leaning Five Star Movement.

“So that is one big reason why we have entered a geopolitical recession, (it) is because all of the major international underpinnings of the U.S.-led order have become unmoored over the last 25 years,” Bremmer concluded.

Meanwhile, Bremmer said that the near-term risks for the globe were cyberattacks, calling it the “thing that could blow us up.”

He pointed to the NotPetya ransomware attack that occurred in 2017, crippling major organizations all over the world, such as the shipping giant Maersk. The attack left Maersk severely disrupted, forced to halt operations, and it required an almost complete infrastructure overhaul, according to the company at the time.

The U.S. and the United Kingdom accused Russia of being behind the massive attack, which was reportedly meant to hit Ukraine.

“The Russians did not intend to hit those companies, they just did not care,” Bremmer said.

“What surprised me is that the Russians unleashed the most potent malware we’ve ever seen, with very little understanding or concern for the knock-on implications for other countries. And the Chinese wouldn’t do that.”

The biggest risk, Bremmer said, was the “willingness of Russia to take risks and to break stuff because they are angry.”

“Their country’s in decline, and they feel put upon by the West, is quite significant,” he said. He added that the risk environment is set to get worse, especially with companies reluctant to disclose breaches.

Wed Oct 10 , 2018
Canada is legalizing adult use of marijuana on Oct. 17 and will be the second and largest country to do so. The federal government established the broad outline of the legalization law but left it up to provinces and territories to fill in some of the details – such as […] 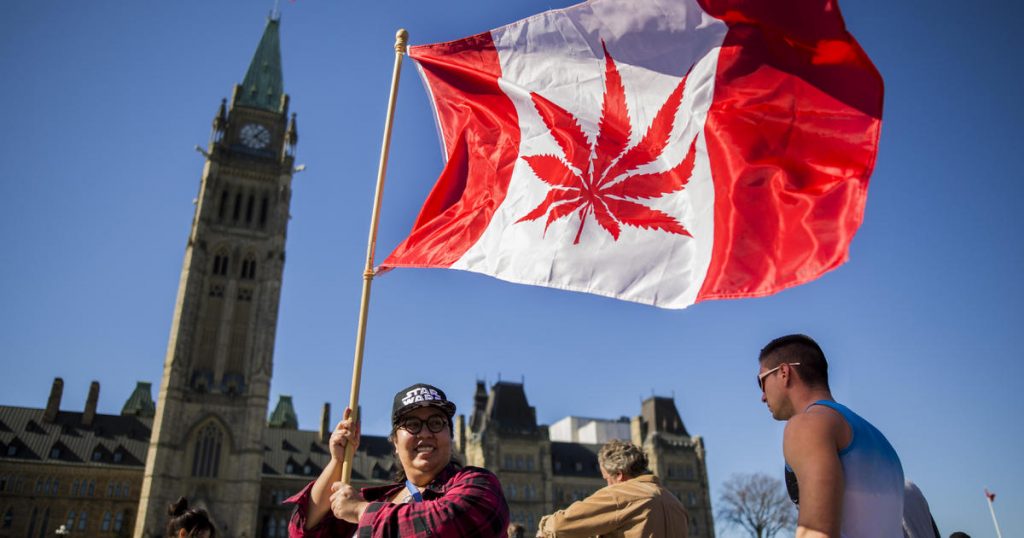