The House of Representatives’ $2.2 trillion stimulus bill is not a bailout of blue states that voted for Hillary Clinton in 2016, but it does provide more funds to states run by Democratic governors, according to a CNBC analysis.

CNBC analyzed data provided by the House Appropriations Committee that estimates how the roughly $417 billion earmarked in the bill for state and local governments will be appropriated.

Funding for states has become a major stumbling block for the broader bill, with Republicans seeing it as a bailout for what they call badly managed and high-tax blue states.

Using that metric, the average red state will receive about $1,066 per person, or $322 less per person than in the blue states.

But it does not appear that the red state/blue state division drives the distribution.

California would receive about 14% of the total funds, or $59 billion, ranking it first. But it’s also the most populous state and its 2.1 million unemployed rank it first among states. New York, which would receive an estimated 8.6% of the funds, ranking it second but it also ranks second in number of unemployed. Red state Texas ranks third in how much it would receive and third in unemployment.

A Trump administration official who asked not to be named focused on the breakdown by governor-led states in the CNBC analysis and called it “a bailout for poorly run blue states.” The official added that these states have higher unemployment because they have pursued overly restrictive lockdown rules that hurt growth.

The official rejected a connection between lockdowns and a decline in the spread of the virus, very much echoing a view that seems to be widely held within the administration. The official added that states had money left over from the original CARES act program they can use.

It’s unclear if the Republican side is willing to accept a smaller allocation for state aid or a different distribution or if it opposes any funds at all. Speaker Pelosi has contended that she has received appeals for funds from state, county and municipal leaders of both parties.

Most Wall Street economists, along with Federal Reserve officials, see state spending dragging on overall growth without federal aid due to revenue lost from the shutdowns. That includes shortfalls in red states. Forecasters have begun reducing their estimates for fourth-quarter growth as a result of the breakdown in talks between Republicans and Democrats.

The Brookings Institution estimates a state revenue shortfall from the pandemic of around $500 billion over the next three years, which would not quite be covered by the $417 billion allocated in the Heroes Act.

Kentucky Attorney General Is Not Related to Mitch McConnell 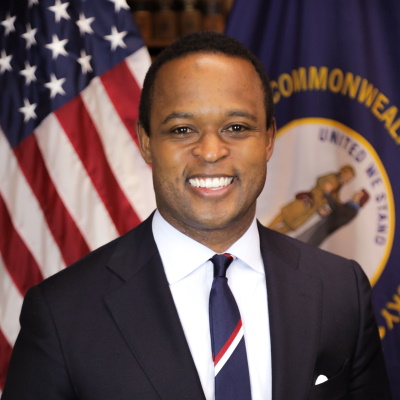