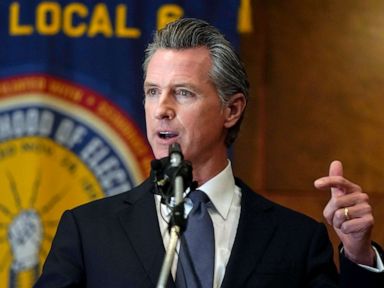 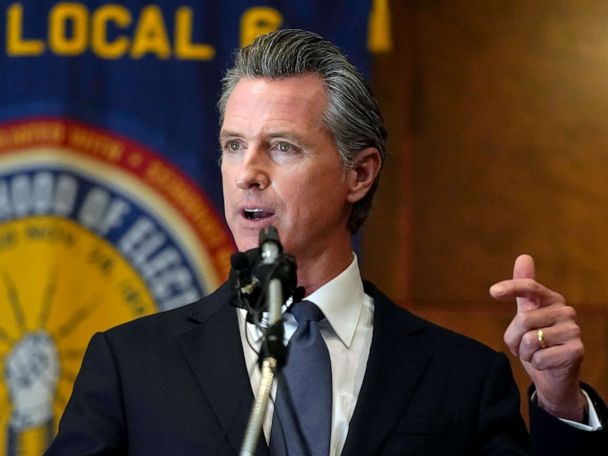 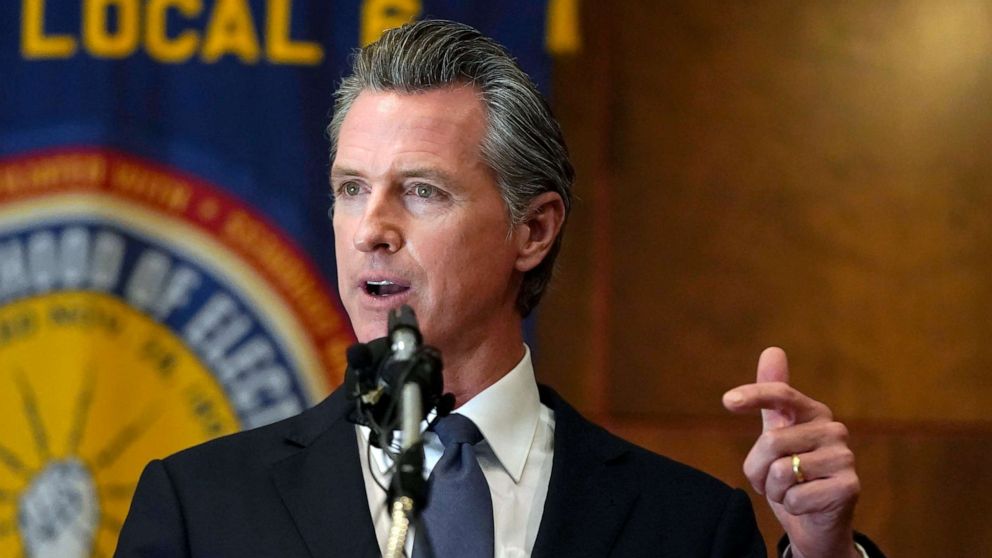 As Californians head to the polls to decide on whether they want to recall Gov. Gavin Newsom, and if so, who to replace him with, preliminary data is showing positives for the incumbent.

Just 3 in 10 California voters say Newsom’s pandemic control measures are too strict, countering a key argument in the recall drive against him. And 6 in 10 in preliminary exit poll results rate the Republican Party unfavorably — a challenge for those seeking to unseat the incumbent Democrat.

Still, other preliminary results in the recall election exit poll are less incumbent-friendly: Six in 10 voters call the cost of living in their area “unmanageable,” and the electorate divides evenly in rating the state’s economy positively or negatively, 49-48%.

Helpfully for Newsom — if it holds in later data — 54% of voters in preliminary results say he’s in touch with their concerns. More, 69%, support the state’s student mask mandate. And 63% side with Newsom in seeing vaccination as more of a public health responsibility than a personal choice.

More call the pandemic the state’s top issue than pick any of four other issues offered in the exit poll. Notably, just 24% say the pandemic is getting worse in the state; a plurality of voters, 39%, say it’s improving, with the rest saying it’s staying the same.

While economic discontent can be challenging for incumbents, it’s far from a replay of the recall of Gov. Gray Davis in 2003. Then, a vast 83% rated the state’s economy negatively; accordingly, 71% disapproved of Davis’ performance as governor, clearing the way for Arnold Schwarzenegger to take his seat.

A further difference — to the extent it holds in subsequent data — may be most crucial of all: Democrats outnumber Republicans in these preliminary results by 17 percentage points, 43-26% (with the rest independents and others.) That looks more like the electorate in Newsom’s 2018 election as governor, 46-23%, Democrat-Republican, and less like 2003, a virtually even 39-38%.

In another measure of partisan preferences, more voters see the Democratic Party favorably rather than unfavorably, by 52-43%. While an underwhelming expression of support in itself, that compares with a broadly negative view of the Republican Party, 32-63%, favorable-unfavorable.

In part reflecting those views of the parties, 55% of voters in these preliminary data say they’d be “concerned” or “scared” if Newsom were removed, dividing about evenly between those two options. Fewer, 40%, would be “excited” or “optimistic.”

The exit poll asks Newsom’s job approval rating, a result that’s embargoed for release until after the polls close tonight at 8 p.m. Pacific time. In available data, a recent pre-election poll by the Public Policy Institute of California found that 53% of likely voters approved of his work in office. While only mildly positive, that’s a far cry from Davis’ approval in the 2003 recall, a dismal 27%.

For his part, President Joe Biden — who campaigned with Newsom on Monday — has a 56% approval rating in these preliminary results. Biden won the state in 2020 with 63% support, versus 34% for former President Donald Trump. In results so far, 55% say they voted for Biden a year ago, and 32% for Trump.

By contrast, 34% express a favorable opinion of Newsom’s leading challenger, Republican Larry Elder, while 49% see him unfavorably. That makes Elder less of a draw than Schwarzenegger 18 years ago; he had a 50-45% favorable-unfavorable rating.

The California recall election exit poll is being conducted with a mix of telephone interviews with early and absentee voters and in-person interviews with Election Day voters at a sample of polling places today. Results so far, as noted, are preliminary, and can change as additional data come in throughout the night.

While pandemic-related attitudes may boost Newsom, so does Centers for Disease Control and Prevention data. California is lowest nationally in per-capita weekly COVID-19 cases, tied for the second-lowest death rate and the only state to have less than a high level of community transmission. Eighty-four percent of adults in the state have received at least one dose of a vaccine, ranking it in the top-10 states nationally.

That said, the pandemic is hardly the only issue facing California. Preliminarily, 31% cite it as the most important issue among five offered, compared with homelessness, 22%; the economy, 16%; wildfires, 14%; and crime, 8%.

On an additional issue not included in the top-issue list, 60% call climate change a very serious problem for the state and 19% call it somewhat serious. Just 17% don’t think it’s serious.

Eighty percent of voters in these preliminary results cast their ballot in advance of Election Day, mostly by mail rather than at a drop-off location. Majorities in the preliminary exit poll results report voting by mail across partisan lines — 85% of Democrats, 72% of independents and 62% of Republicans.

If follows that late campaigning can’t have made much of a difference: Eighty-seven percent of voters say they made their choice more than two weeks ago; indeed, 7 in 10 say they decided before August.

Notably among groups, Hispanic/Latino voters make up a quarter of the turnout in these early results. That compares with 31% in the 2020 presidential election, but surpasses this group’s share of the electorate in previous midterms in data since 1994 and in the 2003 recall contest alike.

Wed Sep 15 , 2021
iPhone 13 Pro Source: Apple Inc. Apple announced new iPhone models Tuesday in what is an annual tradition for the company ahead of the holiday shopping season. The new models, called iPhone 13, are not major advances over last year’s models. Last year’s models gained 5G connections and a new, […] 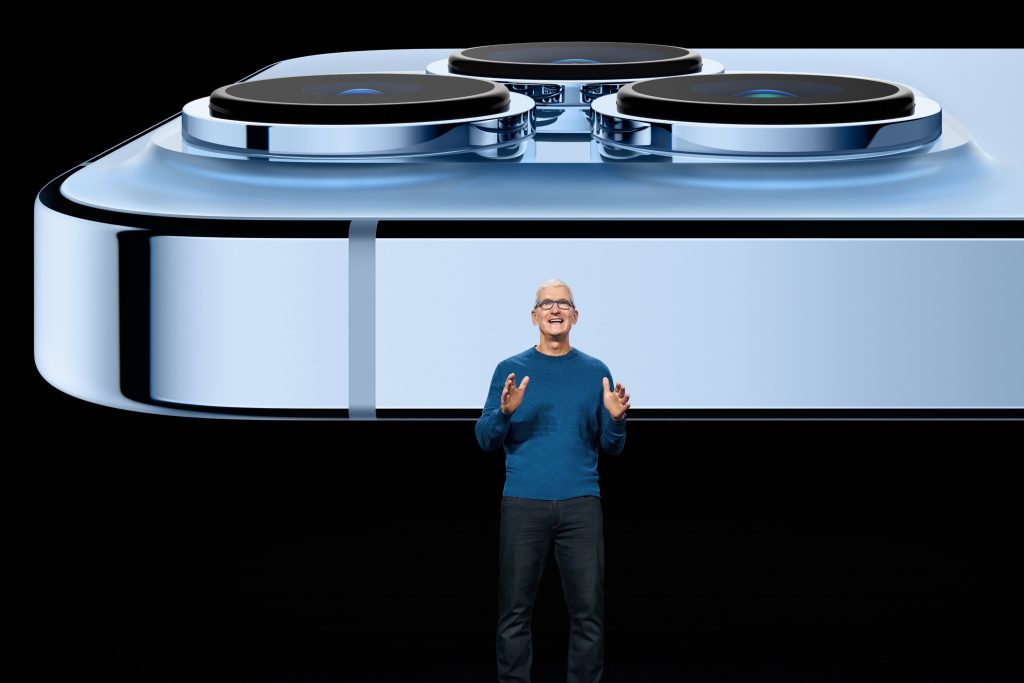