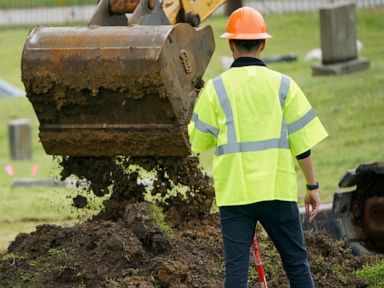 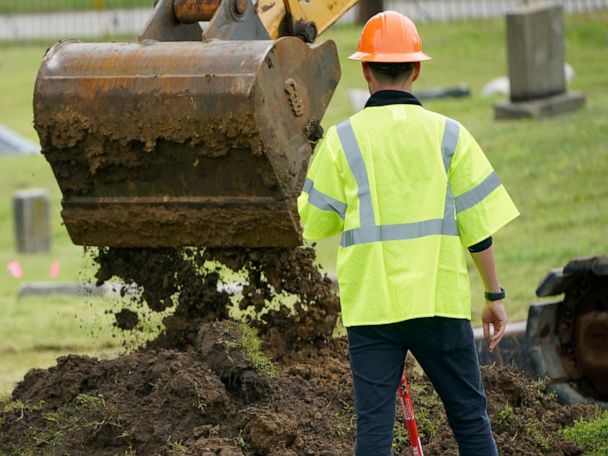 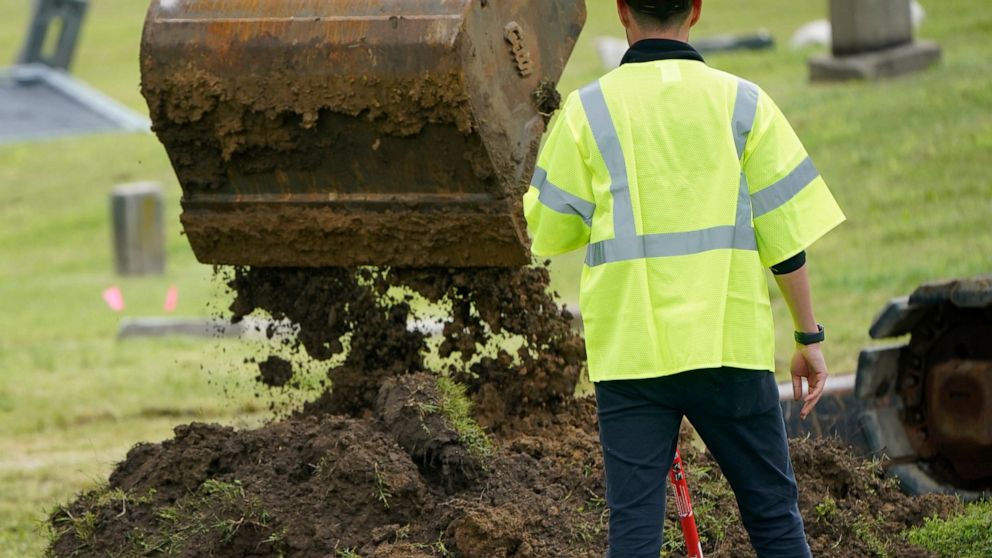 TULSA, Okla. — Crews searching a Tulsa cemetery for victims of the 1921 Race Massacre found five more coffins on Thursday, bringing to 20 the number of coffins found at a mass-grave feature there, city officials said Thursday.

After much of the excavation and analysis is completed this week at Oaklawn Cemetery, city officials say a formal exhumation process is expected to start on Monday.

The search began last year, and researchers in October found at least 12 sets of remains in coffins, although the remains were covered back up for further study at a later date and authorities haven’t yet confirmed they are those of massacre victims.

State archaeologist Kary Stackelbeck has estimated as many as 30 or more bodies could be in the site.

Not long after the massacre, the state officially declared the death toll to be only 36 people, including 12 who were white. But for various reasons, including contemporaneous news reports, witness accounts and looser standards for tracking deaths, most historians who have studied the event estimate it to be between 75 and 300.

For more AP coverage of the Tulsa Race Massacre anniversary, go to https://apnews.com/hub/tulsa-race-massacre 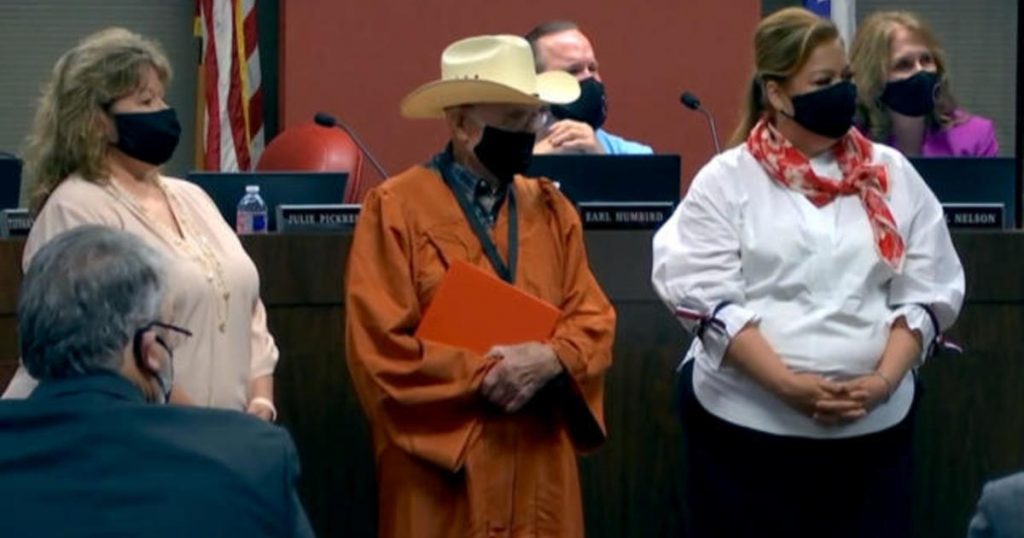