Should investors tune out the current market noise and buy the stock, which trades at less than 0.5 times next year’s sales estimate?

JD’s revenue rose 21% annually to 121.1 billion yuan ($118 billion), clearing estimates by 1.1 billion yuan but marking its slowest revenue growth since its IPO back in 2014. Its annual active customers rose 3% to 310.5 million, but that also marked a deceleration from its previous quarters.

However, JD expects its second-quarter revenue to rise 19% to 23% annually, buoyed by stronger sales in April and an easier comparison to the previous year, when a long weekend and the World Cup throttled online purchases.

That forecast indicates that JD’s growth is stabilizing, but the company also attributed some of its robust April sales to seasonal promotions and bigger marketing campaigns — which could weigh down its margins.

JD’s non-GAAP operating margin also doubled to 1.6% thanks to an expanding gross margin, the expansion of JD Logistics (its first-party logistics service), and layoffs. As a result, its non-GAAP net income surged 150% annually to 2 billion yuan ($290 million), or 2.23 yuan per share — which crushed expectations by 1.40 yuan.

JD didn’t provide guidance for its margins or earnings for the second quarter, and CEO Richard Liu admitted that its net profit was a “little bit high” during the conference call. Liu also stated that JD would “never ever stop investing” in its long-term initiatives like automated logistics.

Therefore, investors shouldn’t expect JD to keep generating massive earnings growth or consistent profits just yet. However, Wall Street expects JD’s second-quarter earnings to rise 20% and for its full-year earnings to rise 63%. Both estimates indicate solid growth rates for a stock which trades at about 30 times forward earnings.

JD is growing its higher-margin services business — which includes JD Logistics’ services for other retailers, marketplace ads, the “Prime-like” JD Plus membership program, and JD Cloud — to offset the lower margins of its core marketplace.

JD’s service revenues rose 50% in 2018 and accounted for 10% of its top line. During the first quarter, its net service revenue rose 44% annually, led by 91% growth in its “logistics and other” service revenues. If that growth persists, JD’s profitability should improve and enable it to reinvest more of its cash into the expansion of its ecosystem.

JD will issue over $250 million of its Class A shares to Tencent during those three years, and the two companies plan to spend over $800 million on their collaborative efforts. The renewal isn’t surprising, since Tencent, JD, and Walmart — another top JD investor — have been pooling their resources to counter Alibaba, the 800-pound gorilla of China’s e-commerce and cloud markets.

JD’s stock probably won’t rebound until trade relations improve between the U.S. and China. However, its core business is improving and its valuation is reasonable. Patient investors who accumulate shares of JD today — as other investors shun Chinese stocks — could reap big profits over the next few years.

10 stocks we like better than JD.comWhen investing geniuses David and Tom Gardner have a stock tip, it can pay to listen. After all, the newsletter they have run for over a decade, Motley Fool Stock Advisor, has quadrupled the market.*

David and Tom just revealed what they believe are the ten best stocks for investors to buy right now… and JD.com wasn’t one of them! That’s right — they think these 10 stocks are even better buys.

Wed May 15 , 2019
A gull flies near an Asda store in west London, Britain, April 28, 2018. REUTERS/Toby Melville May 15, 2019 LONDON (Reuters) – Walmart, the world’s biggest retailer, said it is considering a stock market listing for its British supermarket arm Asda, whose attempt to combine with rival Sainsbury’s was blocked […] 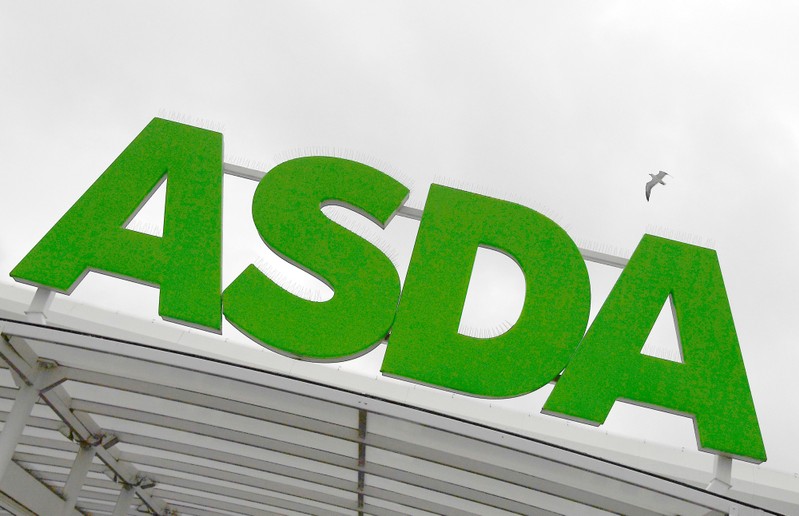