While President Trump continues to speak out against the mainstream media and their reporting of the “WITCH HUNT’ during an impromptu press conference on Wednesday morning when he declared the need to get the phony investigations over with.

Trump also said that infrastructure and getting prices down on prescription drugs had to be dealt with but that first of all, the “HOAX” that is the Russian probe had to come to an end.

Speaker of the House Nancy Pelosi and Senator Chuck Schumer met with Trump but only after Pelosi had a meeting with other Democrats, including Reps. David Cicilline of Rhode Island, Jamie Raskin of Maryland and Joe Neguse of Colorado who are all members of Democratic leadership.

The discussion that the Democrats had dealt with, as Trump has now labeled it, the “I” word or as we know it, impeachment.

Here is Trump speaking outside the White House in the Rose Garden that he tweeted:

Pelosi D-Calif., had no clue that things would not go well with Trump after she went and announced, in front of press and cameras, and said that Trump was engaged in a “cover-up”.

The Democrats had pushed to begin impeachment proceedings during a leadership meeting in Pelosi’s office. Pelosi and Reps. Rosa DeLauro of Connecticut, Ben Ray Luján of New Mexico, Hakeem Jeffries of New York and Cheri Bustos of Illinois who are all allies of Pelosi, rejected their calls, saying Democrats’ message is being drowned out by the fight over possibly impeaching Trump.

Pelosi and Schumer spoke to reporters after they met with Trump.

So sad that Nancy Pelosi and Chuck Schumer will never be able to see or understand the great promise of our Country. They can continue the Witch Hunt which has already cost $40M and been a tremendous waste of time and energy for everyone in America, or get back to work….

….But they really want a do-over! You can’t investigate and legislate simultaneously – it just doesn’t work that way. You can’t go down two tracks at the same time. Let Chuck, Nancy, Jerry, Adam and all of the rest finish playing their games….

….In the meantime, my Administration is achieving things that have never been done before, including unleashing perhaps the Greatest Economy in our Country’s history….

….Democrat leadership is tearing the United States apart, but I will continue to set records for the American People – and Nancy, thank you so much for your prayers, I know you truly mean it!

Our president seems tired and fed up with the “WITCH HUNT” and he’d like to see an investigation on issues of who and what started the investigation on him, his family, friends and campaign members.

The Robert Mueller report is out. It’s a done deed; it’s over. There was no collusion and no obstruction found. We the American people are tired of our tax dollars going down the drain. Case closed.

Ralph Nader, whose grandniece died in latest 737 Max crash, says the FAA is in Boeing's pocket

Thu May 23 , 2019
Consumer advocate Ralph Nader, whose grandniece was killed in the March crash of a 737 Max in Ethiopia, is accusing the Federal Aviation Administration of being beholden to Boeing. The FAA is hosting dozens of international aviation regulators in Texas on Thursday to discuss the ongoing review of the Boeing […] 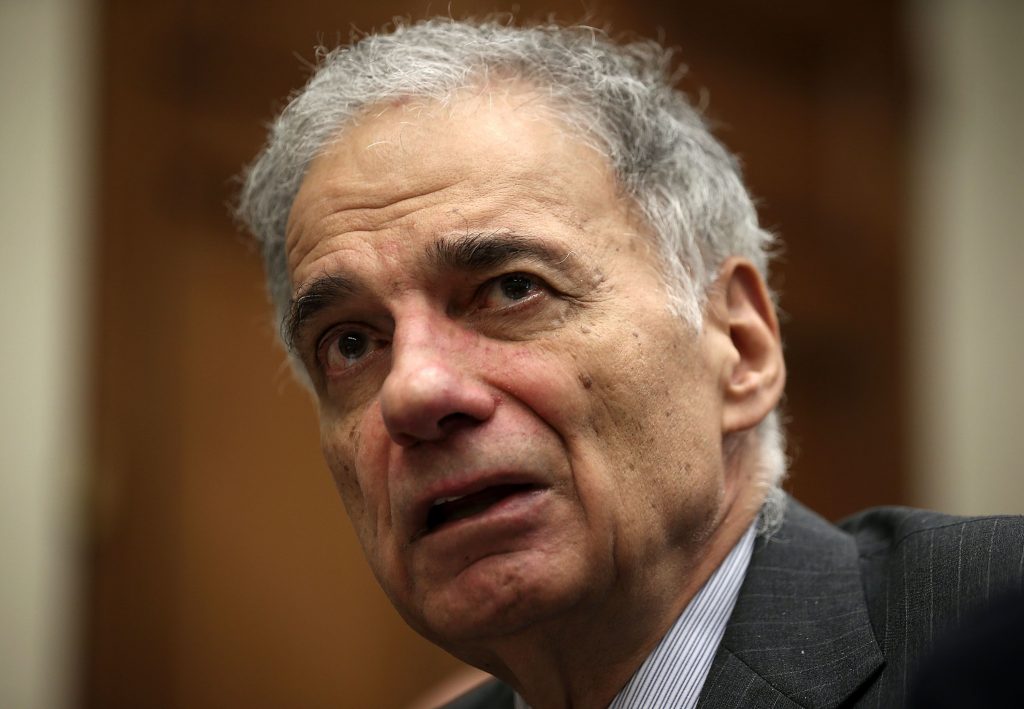