The brick-and-mortar chain’s shares are up nearly 50% over the past year as the company has proven that it can compete and win in an increasingly online world. Better still, Target’s stock appears poised for even more gains in the quarters ahead. Here’s why.

Target’s stores are generating some of the strongest sales growth figures in the retail industry. Comparable-store sales jumped 6.5% in the second quarter, marking Target’s best performance since 2005. Importantly, this growth was driven nearly entirely by higher traffic. Chairman and CEO Brian Cornel said that traffic growth of more than 6% was “an unprecedented number” and the strongest performance “by far” since Target began reporting this metric in 2008. Digital sales growth of more than 40% further amplified the company’s outstanding in-store results.

Cornell said that customers are responding favorably to “a growing menu of convenient fulfillment options, newness throughout our merchandising categories, freshly remodeled stores, and a higher level of service across the chain.” In turn, Target is seeing accelerating comps trends in all of its core merchandising categories. Comps were particularly strong in its home category, jumping nearly 10% in the second quarter. Toys were another bright spot, boosted by Target’s efforts to gain share in this $20 billion category after Toys R Us’ recent bankruptcy.

Based on these bullish trends, Target raised its full-year comparable sales guidance. After previously targeting a low-single-digit increase, management now expects comp growth in line with the 4.8% increase it delivered in the first half of 2018.

Higher comps are helping Target better leverage its cost structure, leading profits to improve at a faster-than-expected pace. Management recently raised its full-year earnings per share forecast to between $5.30 and $5.50, up from prior guidance of $5.15 to $5.45.

The benefits of debt retirement and tax reform are also apparent in Target’s results. Smaller interest payments and a lower effective tax rate helped fuel a 19.8% jump in adjusted earnings per share, to $1.47 in the second quarter.

Perhaps most importantly, Target’s after-tax return on invested capital (ROIC) — a measure of profitability that factors in a company’s operating performance and capital allocation decisions — improved to 16% from 13.8% in the year-ago quarter.

Target’s increased profitability is also driving robust operating cash flow production, to the tune of more than $2.7 billion in the first half of 2018. This gives the company ample capital to reinvest in multiple growth-promoting initiatives.

Based on their strong operating results, Target plans to open more small-format stores in the coming quarters. The company says this will allow it to serve customers it otherwise couldn’t reach with its traditional store designs, such as in urban areas where larger stores tend to be uneconomical.

Target is also in the midst of a major remodeling program for its existing store base. The company intends to remodel more than 300 stores in 2018 and a total of over 1,000 stores by the end of 2020. These upgrades include better fulfillment capabilities, which should help to fuel further increases in online sales. And remodeled stores tend to enjoy traffic-driven sales increases of 2% to 4% and higher-than-average comp sales in the periods thereafter.

Another exciting growth driver is the rapid expansion of Shipt. The same-day personal shopping service is now available in more than 1,100 Target stores serving 160 markets. Shipt’s membership base has more than tripled over the past year, while orders and revenue have more than doubled. Shipt gives Target a powerful new weapon in the e-commerce war and a legitimate means to compete with the likes of Amazon and Walmart in this vital area.

Together, these growth investments are helping Target increase sales and gain market share. Moreover, Target expects to enjoy greater operational efficiencies and cost savings as it continues to gain scale in areas such as same-day delivery. As such, these growth initiatives should position Target to deliver even higher profits — and additional gains for investors — in the years ahead.

10 stocks we like better than TargetWhen investing geniuses David and Tom Gardner have a stock tip, it can pay to listen. After all, the newsletter they have run for over a decade, Motley Fool Stock Advisor, has quadrupled the market.*

David and Tom just revealed what they believe are the 10 best stocks for investors to buy right now… and Target wasn’t one of them! That’s right — they think these 10 stocks are even better buys.

John Mackey, CEO of Whole Foods Market, an Amazon subsidiary, is a member of The Motley Fool’s board of directors. Joe Tenebruso has no position in any of the stocks mentioned. The Motley Fool owns shares of and recommends Amazon. The Motley Fool has a disclosure policy.

Thu Oct 11 , 2018
As the destructive forces of Hurricane Michael were set to make landfall on the Florida Panhandle Wednesday, the astronauts aboard the International Space Station were able to capture breathtaking video of the storm. “That is one scary-looking storm,” Serena Aunon-Chancellor, a NASA astronaut, could be heard saying on a live […] 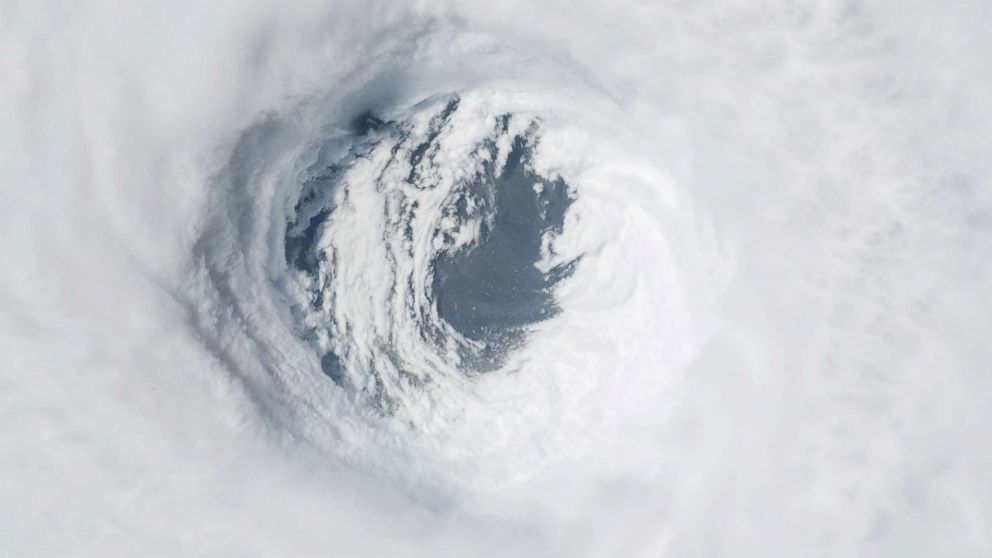