Via CBS News Campaign Reporter Zak Hudak: Ahead of a planned speech in Manhattan’s Washington Square Park, Warren released a juiced-up revamp of the anti-corruption bill she introduced in the Senate last year.

“The goal of these measures is straightforward,” Warren wrote in a Medium post that outlined nearly 100 ways she wants to take corporate power out of the government. “To take power away from the wealthy and the well-connected in Washington and put it back where it belongs – in the hands of the people.”

Warren’s Senate office said she plans to reintroduce her 2018 bill, the Anti-Corruption and Public Integrity Act, in the coming months with updated provisions similar to those in the plan she released Monday morning. Warren has enjoyed a day of consistent headlines, with the progressive, labor-focused group Working Families Party endorsing her over Bernie Sanders.

Via CBS News Associate Producer Ben Mitchell: Yang’s campaign announced today that it raised $1 million after last week’s Democratic presidential debate. Yang made headlines for announcing a “Freedom Dividend” pilot program on the stage, saying he would pick 10 families at random to receive $1,000 a month over the next year. The move raised several eyebrows and some questioned its legality, but the campaign is dismissing concerns, saying Monday that they received 450,000 email entries over the weekend.

Via CBS News Campaign Reporter Tim Perry: Castro and his brother Rep. Joaquin Castro turn 45 today and Julián plans to take off from campaigning today in order to celebrate. According to a campaign official the two will host their annual birthday party in their hometown of San Antonio, and the guest list will include family, friends and local elected officials and supporters. A mariachi band and a DJ will serve as tonight’s entertainment and Cruz Ortiz, an international street artists, plans to do a live printing of the birthday poster.

Via CBS News Campaign Reporter Stephanie Ramirez:  Harris defended her calls for Supreme Court Justice Brett Kavanaugh to be impeached during an interview on NPR  Monday morning. The California senator participated in last year’s confirmation hearings as a member of the Senate Judiciary Committee and protested the proceedings. NPR’s Noel King questioned the Senator about her position saying, “You’re a former prosecutor. Are you not troubled by a lack of evidence here?”

Harris responded, “The fact that someone does not remember the details of that incident doesn’t mean that there’s a lack of evidence if there are other witnesses who can establish that the fact occurred. And so I wouldn’t say there’s no evidence. It is also, I must say, very normal for someone especially someone who has been the subject of this kind of behavior to not be clear on the details…”

CBS News Associate Producer Ben Mitchell tells us, Harris is using the new sexual assault allegations against Justice Kavanaugh in fundraising emails and Facebook ads. Since the news broke, the Harris campaign has sent several emails asking supporters to “sign a petition” calling for Kavanaugh’s impeachment. It also spent about $9,000 on Facebook ads openly calling for his impeachment. So far, she’s the only candidate to run ads on the subject.

Harris’s poll numbers are in steady decline, and with a fundraising deadline around the corner it’s possible she’s looking for any way to improve her numbers and boost confidence in her campaign.

IN THE MIDDLE: A spokesperson for the organizers of Friday’s LBGTQ Presidential Forum in Iowa tell CBS News Campaign Reporters Musadiq Bidar and Adam Brewster that organizers are soliciting questions from the LQBTQ community in the heartland to pose to the presidential candidates. Organizers are encouraging all LGBTQ people to submit questions, even if they do not have tickets to the event. A select number of questions will be posed to the candidates on the stage Friday night in Cedar Rapids, Iowa.

“This is the first ever presidential forum focused specifically on LGBTQ issues in the heartland, and it’s only right that LGBTQ people living and working in the region have the opportunity to question the candidates,” One Iowa Executive Director Dan Royer said in a statement. “Every member of our community should take ownership of this historic moment, and we’re excited to see what questions LGBTQ people have for individuals vying for our country’s highest office.”

In an op-ed for the Iowa Press-Citizen, Iowa State Senator Joe Bolkcom announced his endorsement of Elizabeth Warren for president. Bolkcom represents Iowa’s 43rd district, located in southeastern Iowa and composed of Johnson County. Citing Warren’s “grassroots campaign rooted in big ideas and person-to-person connections,” Bolkcom said he is supporting Warren because “she can win and is best suited to transform our politics once she’s in office.”

“Income inequality driven by corporate greed and ineffective government are tearing away at the American dream and the hopes of millions of hardworking families. Money in politics is crushing our democracy. Old school, business-as-usual politics won’t fix it —only a courageous, relentless fighter like Elizabeth will,” Bolcom wrote in his op-ed.

OUT WEST: CBS News Campaign Reporter Alex Tin has learned Marianne Williamson’s campaign this week is in the process of interviewing new prospects to helm their effort in Nevada. This comes after state director David Bagley parted ways with the author’s presidential bid last week to pursue “new opportunities,” including those with research into “pluripotent diagnostics.” Despite an enthusiastic response at some past events in the Silver State, Williamson has netted little support in the early presidential caucus contest.

NEW MEXICO: President Trump is holding a reelection campaign rally tonight in New Mexico, a state that has voted for the Democratic candidate in six out of seven recent presidential elections and had solid success in 2018, according to CBS News Associate Producer Eleanor Watson. In 2018, Democrats kept the U.S. Senate seat and two House seats while flipping the state’s third seat from red to blue.

However, Trump Campaign Communications Director Tim Murtaugh told CBS News Broadcast Associate Aaron Navarro last week that he thinks Trump could win, “and we wouldn’t bother to propose to the president that he go out there if we didn’t think it would have an impact.”

In an August poll of five 2020 battleground states (FL, MI, NV, PA, WI), Democrat Super PAC Priorities USA found that a generic Democrat leads President Trump 48% to 40%, with 11% undecided. They also found that President Trump’s economic approval is on a slight decline, with about 66 percent of survey respondents saying they either don’t benefit at all or benefit very little from Trump’s economic policies.

However, when it comes to factors that make voters less favorable towards the president, the economy is not a listed concern. While the PAC’s model projected an electoral college victory for Democrats, CBS News Broadcast Associate Aaron Navarro reports that Priorities USA Chairman Guy Cecil said it’s only a narrow lead. “In almost every instance… we are one state away from the reverse being true, with Trump taking an electoral college. So despite what even some of our own day to day polling may show about the state of the race… we continue to show an electoral college projection that is tight,” Cecil said at a Monday morning briefing.

When it comes to voting issues, healthcare is still listed as the most important issue for voters in these states, with gun violence and wages/cost of living at numbers two and three. The poll was taken after the mass shootings in El Paso and Dayton, and with recent conversation sparked by Beto O’Rourke about buybacks of assault weapons, Cecil said a majority of Americans believe there should be some sort of buyback program, mandatory or optional. The next phase for the Super PAC is to boost turnout for younger and African-American voters, which they found only 62% are enthusiastic about voting compared to 75% of overall Democratic voters.

The former congressman said “we have to be outraged… I always want to pinch myself and remind myself that this isn’t Russia. I do not live in Russia. I refuse to live in Russia. We can’t just cancel elections in this country…” Walsh and Weld are expected to debate in New York on September 24th. A spokesperson for Sanford confirmed on Monday that the former South Carolina governor will not be able to attend due to a prior commitment. 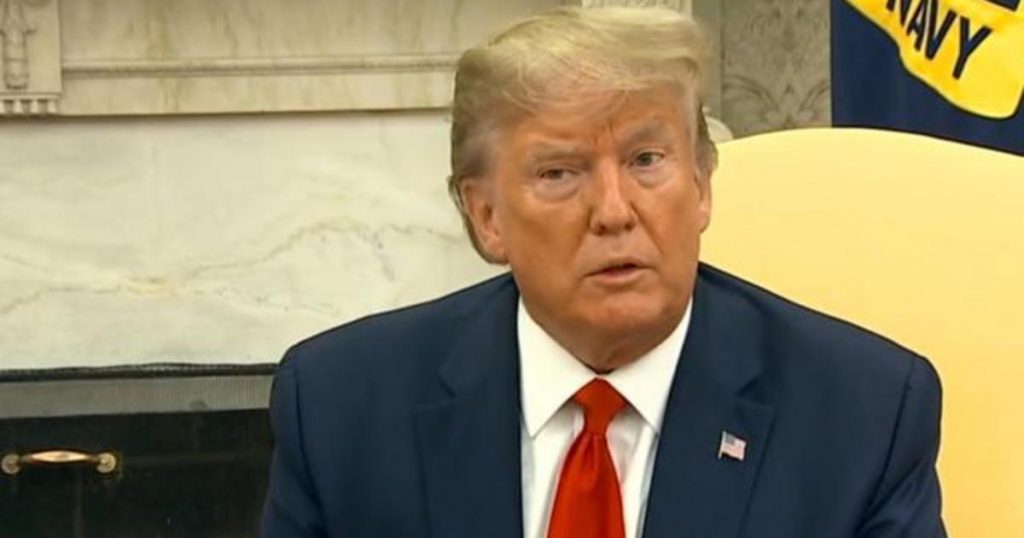