Delafield Police Chief Erik Kehl said that one of his officers and another from nearby Hartland confronted a man suspected in the hit-and-run crash outside a Holiday Inn at Interstate 94 and Highway 83 in Waukesha County, about 27 miles (43 kilometers) west of Milwaukee.

Shots were exchanged and the two officers were hit, Kehl said. The officers wounds are not believed to be life-threatening, the chief said.

Kehl urged residents in the area to stay home because the suspect in the shooting is still at large.

Two people were detained, but they are not believed to be directly involved in the shooting, Kehl said.

Fri Nov 6 , 2020
U.S. stock futures sank early Friday as Wall Street eyed its best week since April even as the results of the presidential election remained unclear. Futures tied to the Dow Jones Industrial Average dropped 259 points, or 0.9%, while futures for the S&P 500 and the Nasdaq 100 slid 1% […] 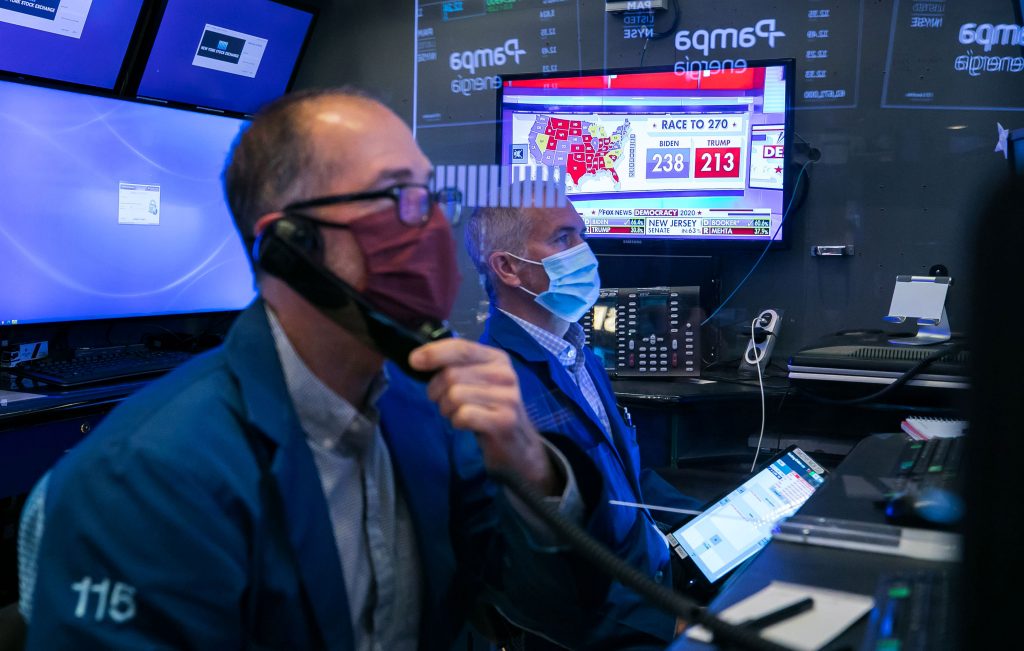