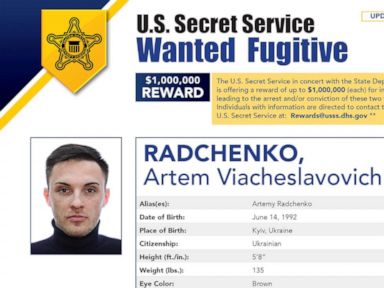 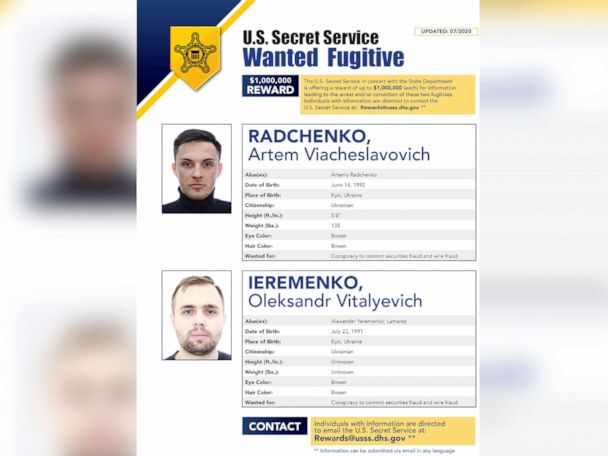 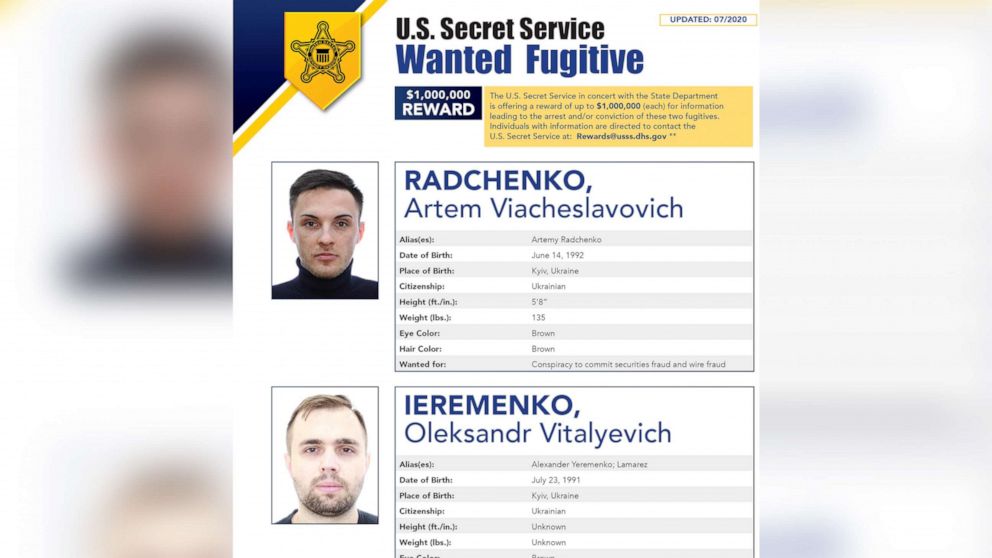 Both men are accused of hacking the Securities and Exchange Commission in 2016.

The United States Secret Service and United States Department of State is offering up to $2 million for information leading to the arrests or convictions of two alleged international hackers.

The agencies are offering $1 million dollars for each man — both accused of hacking the Securities and Exchange Commission in 2016.

According to an indictment unsealed in 2019, Artem Radchenko and Oleksandr Ieremenko, both Ukranian nationals, hacked into the SEC system that companies use to make their filings public known as Electronic Data Gathering, Analysis, and Retrieval system, or EDGAR.

The government alleges that the two men took test filings from public companies. According to the SEC, test fillings allow companies begin to see how they will perform while raising capital.

“It was further part of the conspiracy that, after gaining unauthorized access to the SEC’s computer networks … the defendants stole and exfiltrated Test Filings containing confidential business information, including material non-public information, from the SEC’s network to servers they controlled, including a server in Lithuania (the “Lithuanian Server”),” the indictment says “From in or about May 2016 through in or 7 about October 2016, the defendants exploited the unauthorized access they had gained to the SEC and the EDGAR system by extracting thousands of Test Filings from the EDGAR servers to the Lithuanian Server.”

Secretary of State Mike Pompeo said in a statement that there is no place for these types of cyber criminals.

“Cyber criminals do not observe nor respect the rule of law in any country,” Pompeo said in a statement. “As their criminal reach is worldwide, we welcome the cooperation and coordination of all governments to bring these criminals to justice and protect innocent citizens throughout the world. The United States is committed to that effort in part through the State Department’s Transnational Organized Crime Rewards Program (TOCRP) to help our law enforcement partners bring cyber and other transnational criminals to justice.”

In March, the United States Secret Service launched it’s Cyber Fraud Task Force. The Secret Service calls it a cyber “task force of the future” and it focuses on the cross section of cyber and financial crimes.

The Secret Service has investigated financial crimes since the agency’s inception.

Wed Jul 22 , 2020
July 22, 2020 By Huw Jones LONDON (Reuters) – The European Union will propose “quick fixes” to liberalise its capital markets rules in coming days, which it says are aimed at encouraging investment in companies hurt by the coronavirus crisis, EU documents showed on Wednesday. The package will include looser […]