Harris County Sheriff Ed Gonzalez said in a tweet that deputies responded to the plant overnight in Pasadena, located just southeast of Houston. They found two men dead at the scene, Gonzalez said.

Witnesses told deputies that the men had climbed inside the tank to clean it and were overcome by fumes.

City sets the record straight over ban on snowball fights

Sat Dec 28 , 2019
Wausau, Wisconsin, made headlines earlier this week after reports that it enacted an ordinance to ban snowball fights. The news snowballed, prompting the city’s officials to set the record straight.  The Wausau deputy police chief and the mayor created a video to clarify what the ordinance exactly prohibits, CBS News’ […] 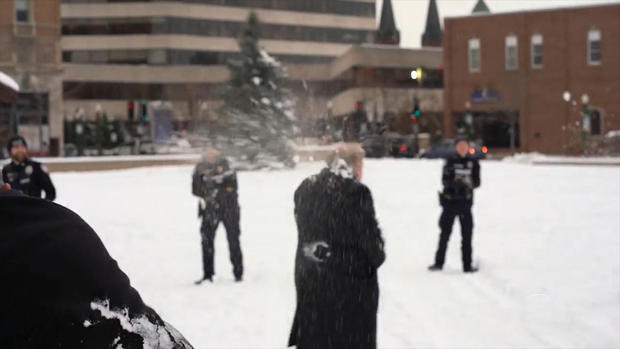