A 19-year-old who had a van full of guns and explosives and allegedly plotted to kill Joe Biden was arrested in North Carolina earlier this year, according to a judge’s order. Alexander Hillel Treisman faces pornography charges and investigators testified they found evidence he was plotting to carry out violent acts and was interested in “terrorist incidents and mass shootings,” according to the court documents filed earlier this month.

While Treisman faces pornography charges and has not been charged with any crimes related to his possession of guns or other evidence, a judge ruled that due to the evidence, he should remain in custody.

Treisman, who used the alias Alexander S. Theiss, is from Washington and was arrested in May after police in Kannapolis, North Carolina, received calls about a van left in a parking lot.

Through the window of Treisman’s green Honda, which was left outside of a bank, Kannapolis police officers saw “an AR-15 style rifle,” explosive material, a box for a handgun and ammunition, FBI Special Agent Aaron Seres testified, according to the court documents.

After conducting a search, police also found several more firearms, over $500,000, believed to be Treisman’s inheritance, and books about survival, bomb making, improvised weapons and Islam. They also found drawings of swastikas and planes crashing into buildings, according to the court documents.

After searching the car, Treisman was arrested and interviewed by Kannapolis police officers. “Defendant disclosed that he has an interest in terrorist incidents and mass shootings,” the court documents read. “Defendant conveyed that he has lost friends because of jokes he has made about mass shootings and the 9/11 terrorist attacks. He disclosed that he traveled across the country and purchased firearms in various states.”

The FBI then obtained a warrant to search Treisman’s cellphone, and investigators found “sexually explicit videos and images of minors,” according to the court documents. “A warrant was obtained to search fifteen other electronic devices seized from Defendant’s vehicles. Child pornography was found on eight of these devices.”

The government then offered the testimony of officer Addison Friedman with the U.S. Marshal’s Service and the Joint Terrorism Task Force. Several pieces of evidence were shown during officer Friedman’s testimony. The evidence included images of Treisman’s two fraudulent driver’s licenses, a cellphone note created on October 15, 2019, describing a plan to perform a mass shooting at a mall food court on Christmas or Black Friday, and images from video footage of the Christchurch, New Zealand mosque shooting.

Evidence also included several Reddit and internet posts by Treisman in which he allegedly referenced pedophilia and executing those he hates. In one Reddit post, Tresiman wrote he was “going to do a columbine for a while, [but] I think it would better to put it towards something more memorable,” the court documents say.

The evidence also included an April 15, 2020 post by Treisman with the caption “should I kill joe biden?” as well as internet searches in which he sought information about “Biden’s home address, state gun laws, rifle parts, and night vision goggles,” according to the court documents. His post of the meme about killing Joe Biden, his purchase of an AR-15 in New Hampshire, and the fact that he traveled to a Wendy’s within 4 miles of Joe Biden’s home, as well as a checklist note ending with “execute,” were also included in the evidence.

Treisman’s lawyer asked an agent if he was aware his client had been diagnosed with Asperger syndrome, according to the court documents. According to the documents, agents asked Treisman if he had any mental health conditions and they were told he did not.

Due to the evidence, a judge ruled that “no combination of available release conditions would reasonably assure the safety of the community, and that a preponderance of evidence establishes that no conditions would ensure Defendant’s presence in court,” the order reads.

In a statement to CBS News affiliate WBTV, Kannapolis Chief of Police Terry Spry said, in part: “I am proud of our officers for their due diligence and quick actions that allowed us to prevent an incident from happening.”

CBS News has reached out to the U.S. Attorney’s Office for the Middle District of North Carolina for comment and is awaiting response.

Dems' Senate hopefuls are raising serious cash — and spending it 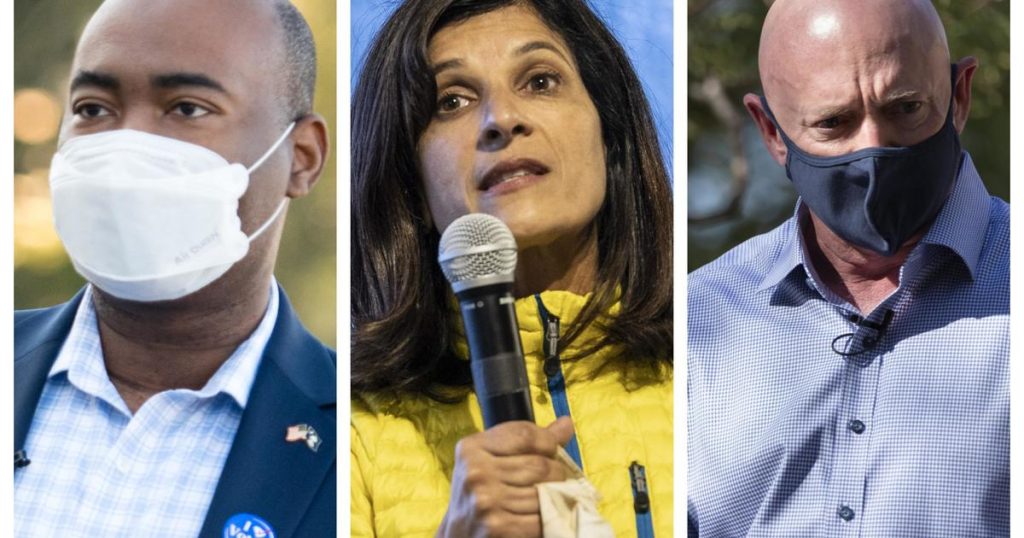