More than a dozen people were arrested on Tuesday in police raids following a shooting attack by at least one gunman who opened fire at multiple locations across Austria’s capital the previous night. Austrian Chancellor Sebastian Kurz described the shootings in Vienna as a “repulsive terror attack.” At least four people were killed and more than 20 others wounded, including seven left in life-threatening condition.

One suspect, identified as a 20-year-old ISIS sympathizer, was shot dead by police on Monday evening. He was a dual citizen of Austria and North Macedonia, officials confirmed Tuesday.

Authorities said earlier that they were searching for at least one more assailant, but Interior Minister Karl Nehammer later said an analysis of cell phone videos from the crime scenes did not indicate that any other attackers were involved.

Nehammer told the ANA  news agency on Tuesday morning that searches had been conducted on at least 15 properties, including one associated with the slain suspect. ANA said at least two people were detained in connection with the attacks in the town of St. Polten, about 40 miles west of Vienna, where the slain suspect lived.

Police said the suspect killed on Monday evening had an assault rifle and was wearing a fake suicide vest at the time.

The attacks, in six locations in central Vienna, began shortly after 8 p.m. on Monday near the city’s main synagogue. They were carried out by “several suspects armed with rifles,” police had said Monday night.

The shooting started just hours before Austria was to re-impose a coronavirus lockdown, with people out in bars and restaurants enjoying a final night of relative freedom.

Authorities said early Tuesday that two men and two women had died of their injuries, not including the suspect who was killed. One of the 22 people injured was a police officer.

Nehammer said Tuesday that the slain attacker was “a radicalized person who felt close to” ISIS. He was quoted by ANA as saying the man had been jailed in 2019 for trying to travel to Syria to join ISIS there. APA said the man was sentenced to 22 months in prison in April 2019, but then released due to his young age in December.

At a later news conference, Nehammer said the attacker had fooled a Germany deradicalization program for extremists.

A man claiming involvement in the attack posted a picture on an Instagram account before the bloodshed, posing with a Kalashnikov, a handgun and a large knife. The man wrote in German that he was pledging allegiance to the leader of ISIS. The account was taken offline on Monday, and CBS News cannot verify that the individual pictured was among the attackers, but he did bear some resemblance — in terms of built, general appearance and a large black watch — to one of the attackers seen in amateur videos.

As of Tuesday, ISIS had not issued any claim of responsibility for the attacks.

Police used explosives to blast their way into the apartment of the slain suspect.

Speaking to national broadcaster ORF, Austria’s leader Kurz said the attackers were “were very well equipped with automatic weapons” and had “prepared professionally.”

He tweeted, “Our police will act decisively against the perpetrators of this repulsive terror attack. We will never be intimidated by terrorism and we will fight this attack with all means.”

Kurz said that while police were concentrating on the anti-terror operation, the army would take over the security of major buildings in Vienna.

Nehammer urged Vienna residents to remain in their homes and keep away from all public places and public transport. He said children wouldn’t be expected to go to school on Tuesday.

The location of the initial shooting was close to a major synagogue.

The president of Vienna’s Jewish community, Oskar Deutsch, said shots had been fired “in the immediate vicinity” of the Stadttempel synagogue but added that it wasn’t clear whether whether the temple — which was closed at the time — was the target of an attack.

“It sounded like firecrackers, then we realized it was shots,” one eyewitness told ORF, adding that the attacker “shot wildly with an automatic weapon” before police arrived and opened fire.

People were told to remain indoors at bars and restaurants across the city.

“At the beginning, I thought to myself that maybe we were making an American film or that they had drunk too much,” said waiter Jimmy Eroglu, 42.

But then he heard shots. “The police came in and said, ‘You all have to stay inside because there’s probably a dead man there.'”

Austria had, until Monday, been spared the sort of major attacks that have hit other European countries.

President Trump tweeted that “our prayers are with the people of Vienna after yet another vile act of terrorism in Europe.”

His Democratic rival in the presidential race, former Vice President Biden tweeted that “after tonight’s horrific terrorist attack in Vienna, Austria, Jill and I are keeping the victims and their families in our prayers. We must all stand united against hate and violence.” Jill is Biden’s wife, Jill Biden.

President Emmanuel Macron of France, which has seen two serious attacks recently, tweeted that “we French share the shock and sorrow of the Austrian people”.

“After France, it’s a friendly nation that has been attacked,” he added, referring to the killing on Thursday of three people by an attacker in the southern city of Nice after the beheading of a schoolteacher by a suspected Islamic extremist outside Paris on October 16.

Foreign Minister Heiko Maas in neighboring Germany said Tuesday that his country was “looking at Vienna in great shock, but also in great solidarity.”

“If it turns out to be true that these terrible crimes have an Islamist background, it becomes clear once again: We have to fight this hatred and this terror together. It may not and it will not divide our societies. I firmly believe that,” Maas said.

Czech police said they were conducting random checks on the border with Austria. 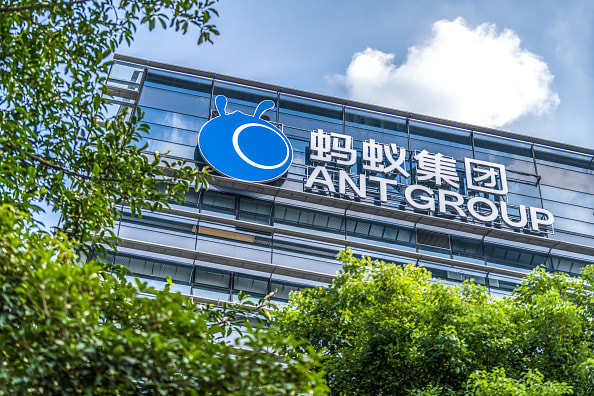