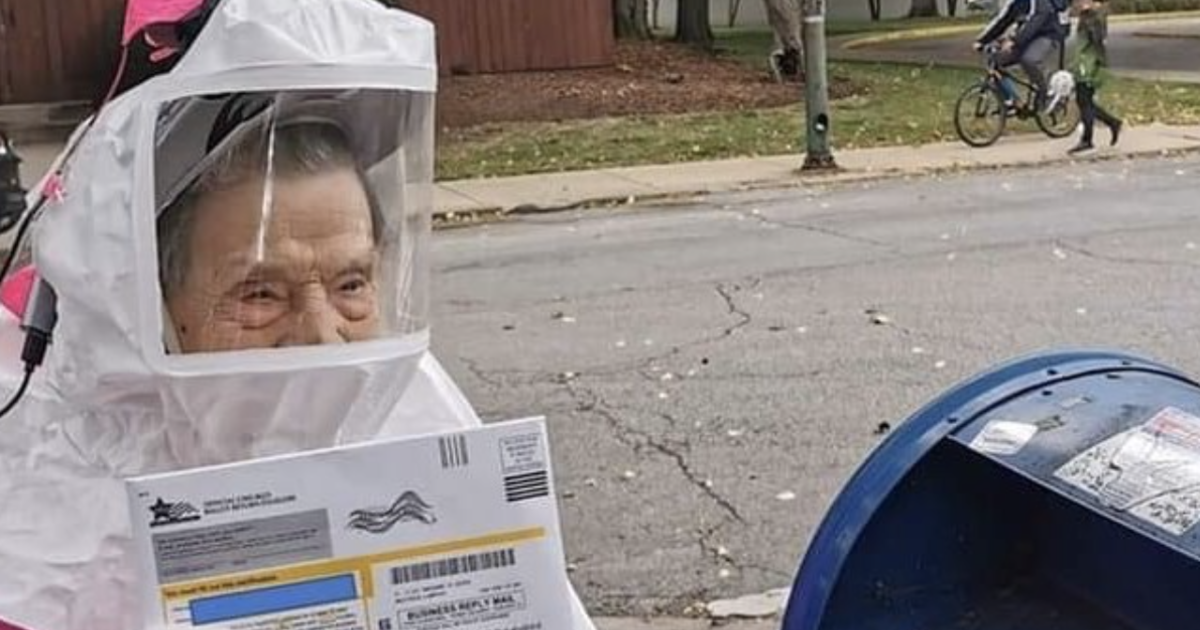 Since the elderly are at a higher risk of severe illness from the coronavirus, seniors are being advised to stay home during the pandemic and only go out for essentials. For a 102-year-old woman in Chicago, voting is essential. So Beatrice Lumpkin put on a hazmat-like suit and took her ballot to the mailbox, ensuring she could safely cast her vote this year.

A photo of Lumpkin in her PPE was shared by the Chicago Teachers Union, which she used to be a part of, according to CBS Radio station WBBM. Lumpkin smiled through her hazmat hood as her gloved hand held up her ballot by the mailbox outside of her apartment building.

Lumpkin, who began voting 80 years ago, told WBBM the first presidential candidate she voted for was Franklin Delano Roosevelt in 1940. She hasn’t missed a vote since.

She said it was important for her vote this year in part because she wanted to honor women’s rights. “When I was born, women couldn’t vote,” Lumpkin told the station on Thursday.

The other reason, she said: “It’s the most important election of my lifetime. The very future of democracy is on the line.”

Lumpkin is very well-informed about the mail-in ballot process. “As soon as they get my ballot I’m going to get an email that’ll let me know they have the ballot,” she said, adding that she is confident in the security of the process since her ballot will be tracked electronically.

The former math teacher, who taught in Chicago public schools and in the city colleges, also said in the interview that more women need to go into math and science.

Her family and fellow members of the teachers union were there when she mailed her ballot. CBS News has reached out to Chicago Teachers Union for more information and is awaiting response.

Tue Oct 6 , 2020
SINGAPORE — Asia is well placed for economic recovery compared to the rest of the world because it has mostly succeeded in containing the coronavirus, Goldman Sachs said this week. “We think Asia’s really the best positioned of the major regions right now, just given the good control of the virus […] 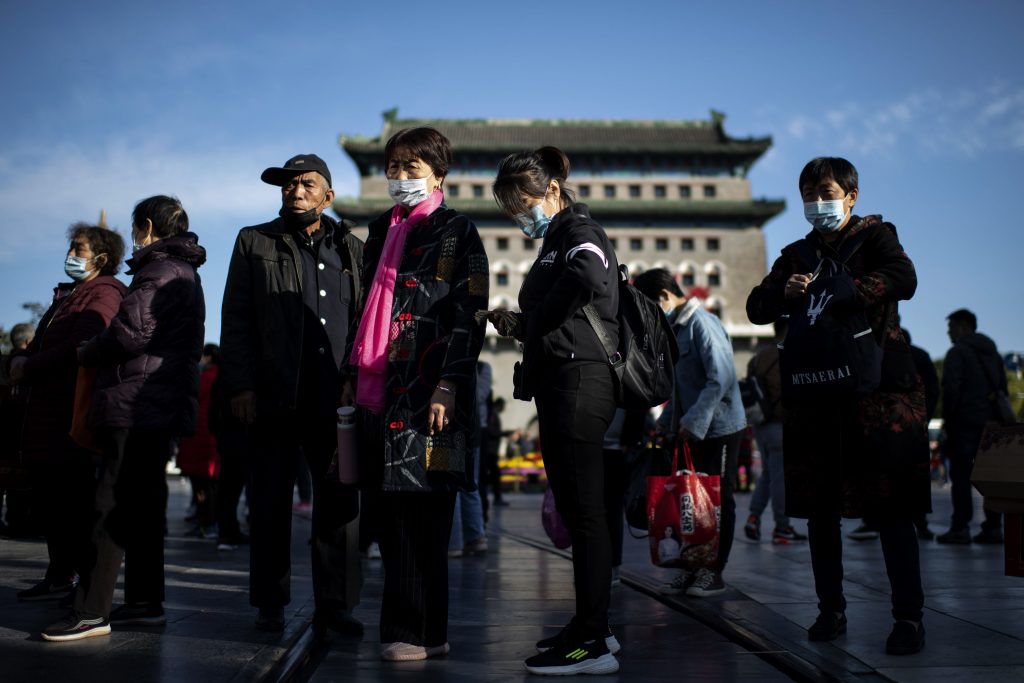