The 10-year U.S. Treasury yield fell as low as 1.25% on Thursday, its lowest point since February, continuing a sharp reversal in the bond market amid growing concern about the pace of the global economic recovery.

The spread of the more transmissible delta variant of Covid-19 has fueled worries about a slowdown in global economic growth, sending investors into the safety of U.S. Treasuries. Japan declared a state of emergency for Tokyo that could reportedly lead to spectators being banned from the upcoming Olympic Games.

The move has mystified investors and some believe it’s largely technical factors driving the decline in yields.

“Inflation expectations have been stable, suggesting economic forces are not at the heart of the slide,” wrote Christopher Harvey, head of equity strategy at Wells Fargo in a Thursday note entitled “Misleading bond market signals.” “Rate players and our Macro team inform us that technical issues related to liquidity, positioning, and forced buying are ‘driving the bus.'”

The decline in long-term interest rates comes even as the Federal Reserve signals it is inching toward possibly tightening its policy stance. Investors expect the central bank’s first move would be to slow its asset purchases while leaving its main rate at historic lows. Short term rates have not fallen at the same pace as long-term rates, causing a so-called flattening of the Treasury yield curve.

The yield decline in recent weeks represents a sharp reversal from a dramatic rise that started in late 2020. After entering January below 1%, the benchmark 10-year yield rose above 1.7% in March before retrenching near the 1.6% level for much of April.

“While the markets expected the Reopening to be something akin to a binary event, what we are witnessing is a staged recovery with asymmetric outcomes. Data from the UK shows wage inflation due to labor shortages along with record high housing prices. Sound familiar? It makes one wonder if the weaker than expected labor recovery is a symptom of reopening rather than idiosyncratic to the US,” JPMorgan’s Andrew Tyler wrote in a note on Thursday.

This comes after the Federal Reserve on Wednesday released the minutes from its latest meeting on June 15-16.

Some members indicated that the economic recovery was proceeding faster than expected and was being accompanied by an outsized rise in inflation, both making the case for taking the Fed’s foot off the policy pedal.

However, the prevailing mindset was that there should be no rush and markets must be well prepared for any shifts.

Thu Jul 8 , 2021
Crossmark Global Investments chief investment officer Bob Doll shares his investing advice and his take on whether inflation is transitory.  Record price gains across large swaths of the economy have left many investors bracing for a period of sustained inflation, causing them to overlook the growing threat of deflation, according […] 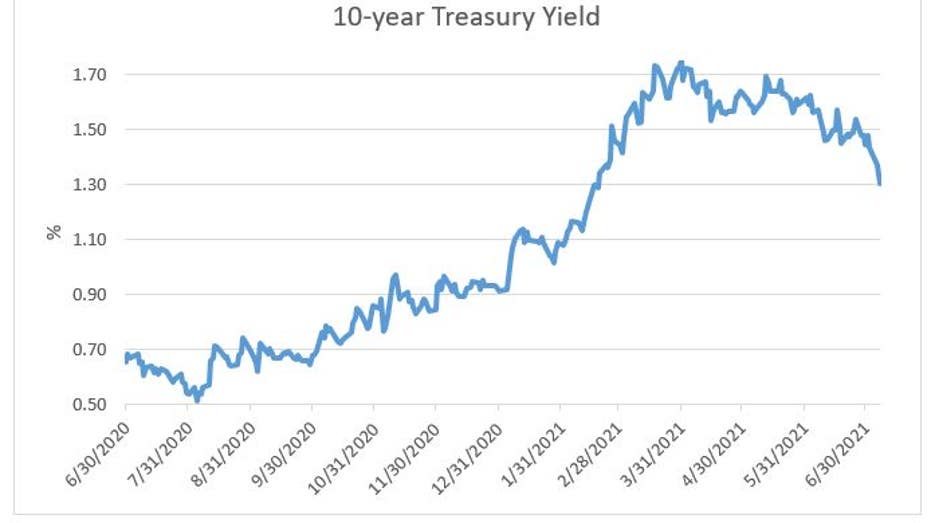