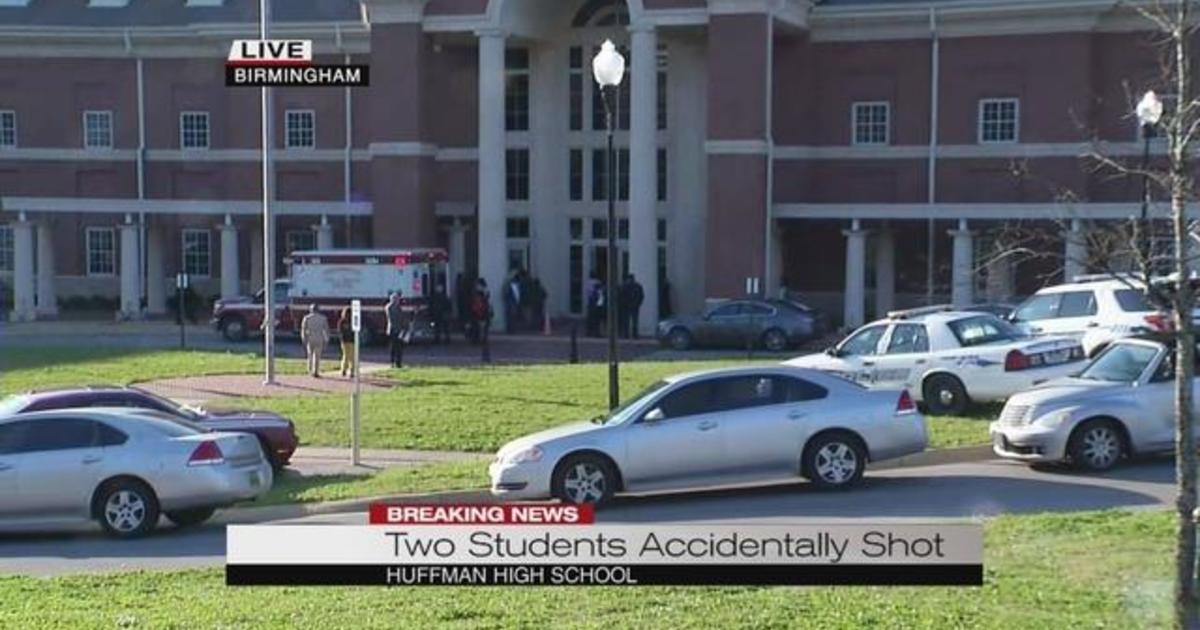 BIRMINGHAM, Ala. — Two students were shot in what is believed to be an accidental shooting at an Alabama high school Wednesday afternoon, reports CBS affiliate WIAT-TV. A 17-year-old female student was killed, Birmingham, Alabama mayor Randall Woodfin said.

The other was reportedly critically injured, but is in stable condition, reports Al.com.

“At this particular time, we are considering this accidental,” the police chief said at a news conference. “Right now we have a lot of unanswered questions.”

Wednesday’s shooting prompted a brief lockdown at the magnet school in Alabama’s largest city. Students were subsequently released and authorities said they had determined that the shooting was not perpetrated by “someone from the outside” entering the school. Wilson declined to say who fired the gun or to identify what firearm was retrieved by authorities.

No arrests were immediately reported and the two students weren’t identified.

Police are planning to review security footage and to speak with witnesses before offering more information, WIAT-TV reports. While officials initially said school would be open on Thursday, Birmingham City Schools announced late Wednesday that school would be closed.

“We are asking questions from the staff, the students, anyone who was in that area,” Wilson said. “This should not happen in schools.”

He said police have already questioned students but declined to say how many. Wilson did confirm metal detectors were in place and functioning in the school.

Huffman High in northeast Birmingham is one of the largest high schools in the city. The Birmingham City School system said in a statement that the shooting prompted a brief lockdown and added two students were involved as school was letting out.

Woodfin joined the news conference and said the deceased student would have turned 18 in about 30 days and was a senior “who had aspirations and dreams to be a nurse.”

“We are not just talking about some person, (we’re) talking about losing a part of our future. Our hearts are heavy,” Woodfin said.

Birmingham City Schools Superintendent Lisa Herring said her goal was to support the family of the teen who died and to reassure parents about the safety of their children.

She said the city’s schools would be open Thursday.

Alabama Gov. Kay Ivey released a statement Wednesday evening that she was saddened by the student’s death.

“I am praying for the family of this young lady who has tragically lost her life way too early. Every life is precious and, even though this was an accident, it reaffirms that there is no place for students to have firearms or other weapons on campus.”

The shooting took place the day after Ivey created a school safety council in Alabama to make recommendations on security. The security plan would ensure schools have an updated security response plan for sharing information about potential threats. It also would require schools to train students and school employees on how to respond to an emergency situation.

Multiple bills have been proposed in the Alabama legislature after 17 people were killed last month in a shooting rampage at a Parkland, Florida, high school. Varying proposals by Republicans would arm either teachers or volunteer security forces in schools. Measures sought by Democrats would seek to limit or ban the sale of assault weapons. They all face a tight deadline before the end of Alabama’s legislative session this election year.

Wed Mar 7 , 2018
Summary  In a preview of this fall’s midterm elections, Democrats and Republicans are airing TV ads in Pennsylvania’s special House election and in swing congressional districts across the country that stretch the facts about the impact of the new tax law: Ads from two Democratic groups repeat the misleading party […]