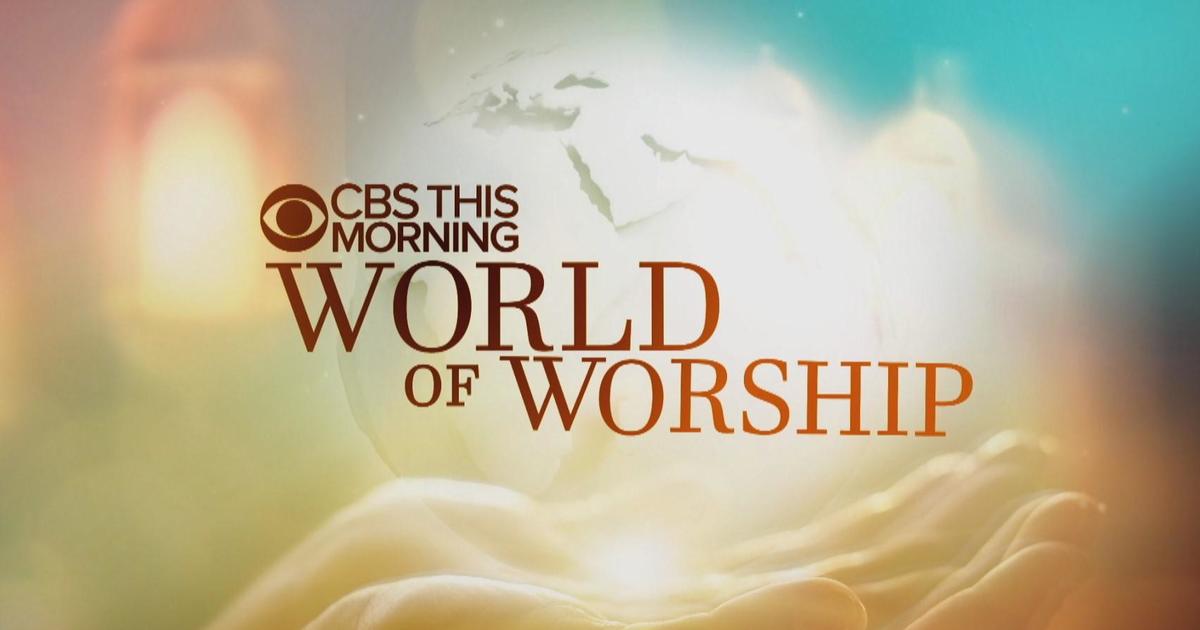 For our series World of Worship, we sent correspondents across the globe to show us how different people celebrate their faith.

In recent years, Iraq has suffered terrible violence, often inflamed by religious differences. But in a country where worship can come at a heavy cost, CBS News correspondent Charlie D’Agata discovered an unlikely oasis hidden in the mountains: an ancient Christian monastery.

Just outside Chicago, on the shores of Lake Michigan, sits the oldest surviving Bahá’í House of Worship. “CBS This Morning: Saturday” co-host Dana Jacobson takes us on a journey to the “Mother Temple of the West” to look at one of the fastest growing new religions in the world.

In Turkey, CBS News correspondent Holly Williams takes us inside the world of whirling dervishes where men spin to connect with God. It’s a school of Islamic practice with many fans in the United States. Watch “CBS This Morning” Thursday around 8 a.m. ET/PT to see the full report.

Widow responds after Trump suggests John Dingell may be in hell

Thu Dec 19 , 2019
President Trump took a swipe at the late Rep. John Dingell during his Battle Creek, Michigan rally Wednesday evening, drawing a quick rebuke from the widow of the longtime Michigan Democratic congressman, who succeeded him in the House. Mr. Trump claimed Debbie Dingell had thanked him profusely for providing “A-plus treatment” […]