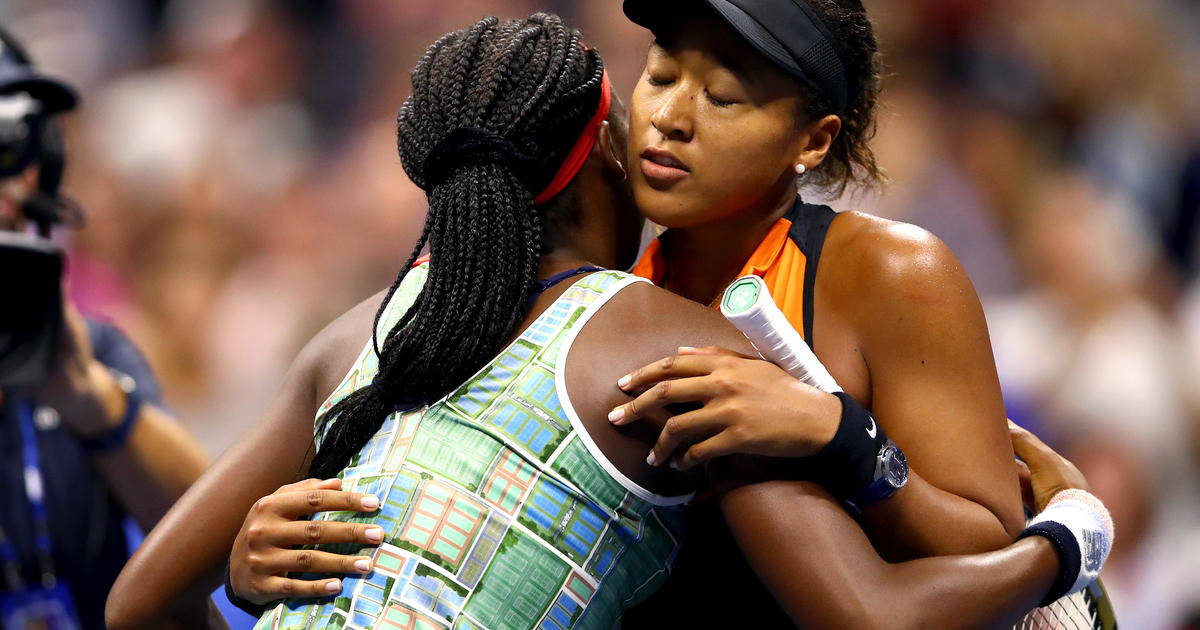 In a moment of defeat came a lesson in how to triumph. After defending U.S. Open champ Naomi Osaka defeated crowd favorite 15-year-old Coco Gauff, Osaka convinced Gauff to join her on an on-court interview — something that doesn’t typically happen in tennis.

Gauff, refusing at first, worried she would cry the entire time. Osaka was overheard saying “it would be ‘better than crying in the shower later.'”

“I’m going to learn a lot from this match — thank you,” she said while wiping tears away. “I don’t want people to think that I’m trying to take this moment away from you because she really deserves it.”

As new tennis stars emerge, they’re setting the bar higher. A bar that was never low to begin with, said Gordon Smith, the CEO of the United States Tennis Association. CBS News correspondent Reena Ninan sat down with Smith last week at the U.S. Open in New York.

Here are some excerpts from the interview:

Ninan: What do you think is really behind women’s tennis and its success?
Smith: Tennis is one of the few sports that women get paid well in. We’ve had equal pay in the U.S. Open since 1973.

Ninan: Billie Jean King did something incredibly powerful to get wage equality in tennis. What did she do?
Smith: She stood up for the women and she said, “We are not going to play.” She stood up but the USTA responded and starting paying equally way back in 1973.

Smith: With everything combined, this is a sport that women can excel in financially. And it’s led by two great women in Venus and Serena.

But for tennis to continue to be successful, Smith says it all about families.

Smith: Tennis is such an amazingly healthy game. We need to expose it to more parents and kids.