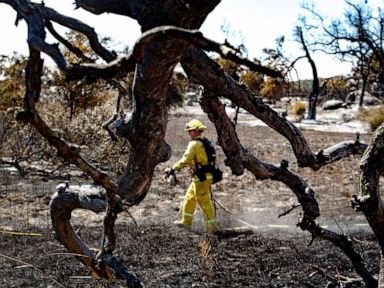 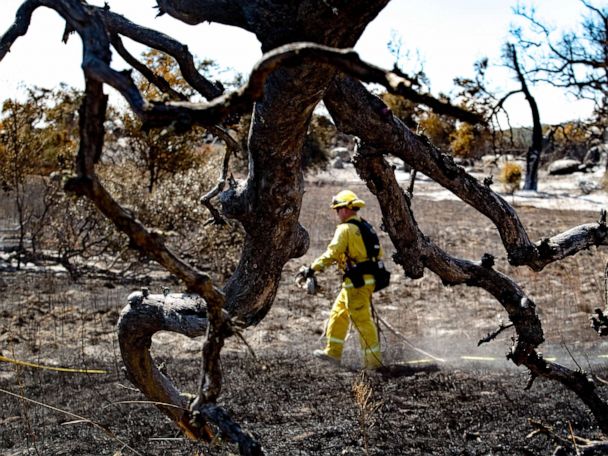 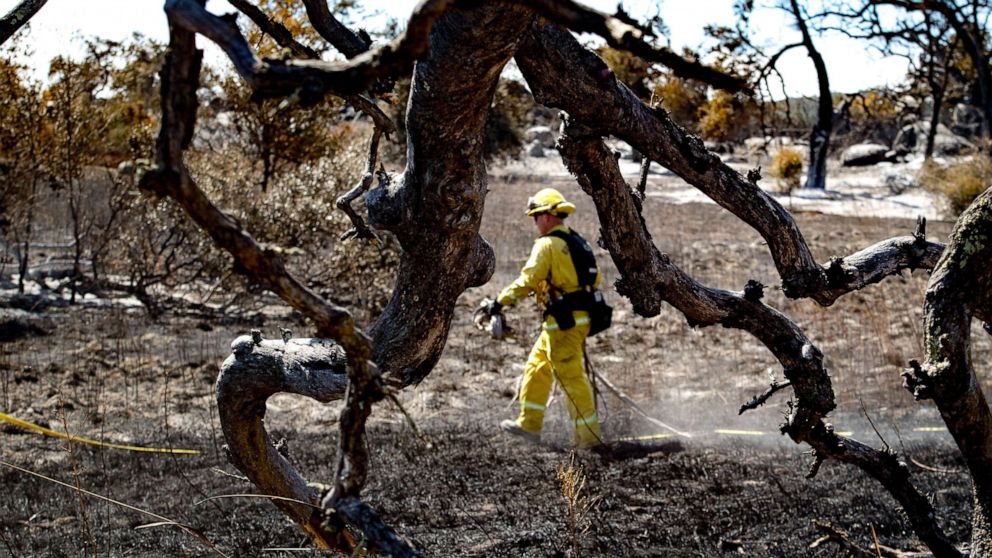 At least 22 large uncontained wildfires are burning in the West this morning, not including smaller fires that erupted in southern California yesterday.

Wildfires that began yesterday late afternoon just north of Santa Barbara, California closed roads and prompted evacuations. Most evacuations, however, were lifted last night as of 8 p.m. according to the Santa Barbara Fire Department.

Several wildfires are also burning in northern California where the biggest fire, known as the Walker Fire, is now more than 44,000 acres. Mandatory evacuations continue to be in effect.

Sundowner winds also continued last night in the Santa Barbara area and parts of southern California with gusts as high as 30 to 50 mph.

Slightly lighter winds are expected today but gusts of 20 to 30 mph are possible from Redding all the way down to Palm Springs.

Meanwhile, severe storms are set to continue in the Plains. There were 90 damaging storm reports yesterday around the country including 3 reported tornadoes in South Dakota.

Most of the severe storms from yesterday were in Iowa and along the Gulf Coast states where the damage that was done in those areas mostly caused with winds of up to 60 mph.

Today a new storm system looks like it will move into the Plains and will bring a chance of damaging winds, hail, and a few tornadoes in South Dakota and Nebraska.

Tue Sep 10 , 2019
A customer views a digital menu at the drive-thru outside a McDonald’s restaurant in Peru, Illinois. Daniel Acker | Bloomberg | Getty Images McDonald’s said Tuesday it has agreed to acquire a company that is trying to automate the drive-thru. It’s the fast-food giant’s third tech-focused deal this year. Apprente, […]