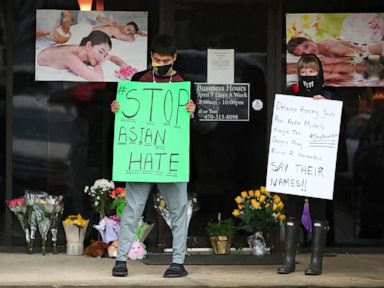 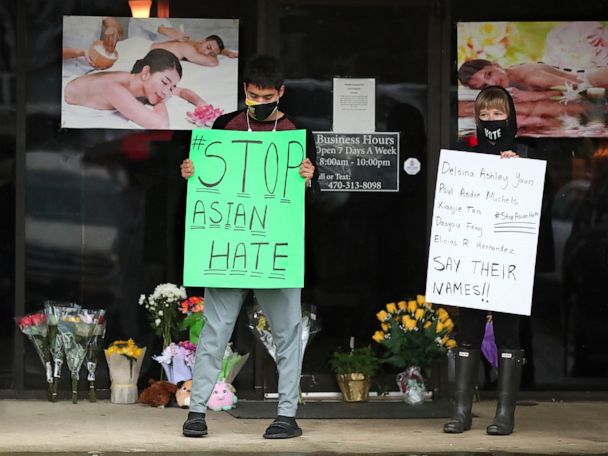 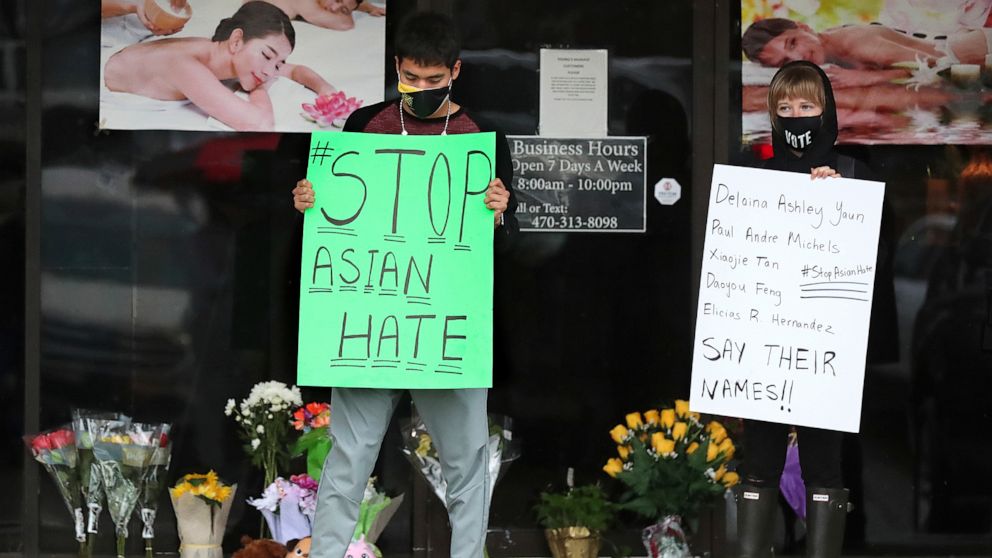 The white gunman’s deadly rampage in Georgia that left six Asian women dead, and occurred amid a spate of anti-Asian attacks nationwide, has sent shockwaves of fear through the Asian American community.

Local police, citing the gunman, said the deadly violence was not racially motivated. Many Asian Americans and advocates say this doesn’t lessen the collective pain or fear, and the incident exposes new gaps in data collection on anti-Asian attacks and law enforcement responses to alleged hate-fueled incidents.

“There has to be acknowledgement that regardless of what that person’s motivations were, Asian and Pacific Islander communities are still feeling this act of hate very deeply and very personally,” Carmelyn Malalis, the commissioner of the New York City Commission on Human Rights, told ABC News, “especially in light of the violence and stigma that we have continued to endure and that has continually been leveled against our communities over the past year.”

“How the community is feeling is something that we have to focus on regardless of how something might be investigated by local police forces,” she added. “There’s so many people who even doubt there is such a thing as anti-Asian racism.”

What data is available on anti-Asian hate?

Experts and advocates say data on racist incidents is crucial for addressing the issue, yet comprehensive and accurate statistics on anti-Asian hate are currently sparse.

“Unfortunately, there’s no uniform database for collecting anti-Asian attacks, most of the data that we have is based on self-reporting from a website called Stop AAPI Hate, as well as our website at StandAgainstHatred.org,” John C. Yang, the president and executive director of civil rights group Asian Americans Advancing Justice-AAJC, told ABC News. “But these are only voluntary, and only as good as the outreach that can be done by us as nonprofit organizations.”

There were nearly 3,800 anti-Asian hate incidents in the U.S. between March 19, 2020 and Feb. 28, 2021, according to data from the Stop AAPI Hate coalition released this week. The coalition formed in response to the uptick in anti-Asian xenophobia linked to the coronavirus pandemic, and includes verbal attacks as well as other incidents that might not fit into state-by-state legal definitions of a hate crime.

Lawmakers and advocates have said they believe this is a tiny fraction of the total.

“The federal government, through the FBI, did have collection efforts on hate crimes, but that’s incomplete for several reasons,” Yang added. “No. 1 … that requires state and local governments to ensure that they have the right resources and understanding on how to report. And then No. 2, that assumes that people have trust in those governments to report it to them.”

Yang, an attorney with over two decades of practice, said that many of the Stop AAPI Hate incidents “don’t rise to the legal definition of a hate crime, they might involve spitting coughing in our direction, they might involve racial slurs — but that is why there is sometimes a disconnect between the numbers.”

The NYC Commission on Human Rights, helmed by Malalis, has observed a nearly seven-fold increase in anti-Asian bias incidents in the city from 2019 to 2020 — skyrocketing from 30 incidents to 205. Malalis noted that hate crimes and bias incidents tend to be vastly underreported, so these numbers likely reflect just a fraction of the total incidents.

A July 2020 survey published by the Pew Research Center found that 31% of Asian adults say they have been subjected to slurs or jokes because of their race or ethnicity since the COVID-19 outbreak began. Moreover, more than a quarter (26%) of Asian Americans said they feared someone might threaten or physically attack them because of their race. The survey did not ask about actual attacks or assaults.

Yang noted that if you extrapolate some of that data to take into account that there are about 22 million Asian Americans in the U.S., he believes the actual number of hate incidents is “a far magnitude different than the reports that our organizations are receiving.”

Language barriers, especially among immigrant communities or among elders, is a major reason many anti-Asian attacks go unreported, according to Malalis.

Distrust of the government and law enforcement within Asian American communities is another factor that keeps reporting low.

“In a lot of communities, especially when we’re talking about AAPI immigrant communities, government or law enforcement has not always been a source of support for them,” Malalis said, noting that many Asians immigrated to the U.S. to escape “oppressive governments.”

Even within non-immigrant Asian American communities, “there is also a reluctance because like other communities of color, we’re having to overcome, just the history of anti-Asian racism that people have experienced in this country.”

Esther Lim of Los Angeles said that after reading about a surge in hate incidents toward Asian Americans on social media, she began to fear for her and her family’s safety.

“I bought a Taser, pepper spray and I taught my mom how to use them,” she said. “Me and my brother, we would always try to take shifts to make sure my mom doesn’t go out to the market or Costco by herself.”

Recognizing the fear within her community, Lim researched the process of how to report a hate crime and eventually created free booklets in six languages (Chinese, Japanese, Korean, Spanish, Thai and Vietnamese) that detail the process.

Growing up, Lim said her parents taught her to “turn the other cheek” and not to engage. When she became an adult, however, she said she realized the importance of standing up for those in her community when they face hate-fueled attacks, especially the elderly and vulnerable.

“So many people are afraid of the police; I’m afraid to even call them sometimes just to ask them about something because they’re intimidating,” Lim acknowledged. But she said reporting and collecting data, specifically about hate crimes, is crucial.

“If you feel in fact that it was a hate crime, you need to push that they report it and list it as a hate crime, not an assault,” she said. “When the data is collected — and it doesn’t show the actual numbers of hate crimes or hate incidents in that report, it just lists more assaults — that means that there’s not going to be any community resources allocated for hate crimes.”

Malalis stressed that community-based solutions are also critical in addressing these hate incidents and finding healing.

“The work is not just about the law enforcement, but that is of course important work,” Malalis said. “The work is also about being in the community and being responsive to the needs of the community as they may shift or change or with different acts of violence or discrimination.”

She said her agency is hosting town halls, in various languages, to not only help people learn to report but also to learn bystander intervention tactics as well as to listen to the needs of the community.

Yang said as reports of anti-Asian violence have turned deadly, it is more important than ever to show support and solidarity with the Asian American community.

“In this moment right now, we would ask all community members to make sure that their Asian American friends are visible and that they feel that their community is embracing them,” Yang said. “Because again, there’s a lot of fear. And so it’s as simple as going to your Asian American neighbor and checking in on them.”

Thu Mar 18 , 2021
The 10-year U.S. Treasury yield hit 1.74% on Thursday morning, despite reassurance from the Federal Reserve that it had no plans to hike interest rates anytime soon, nor taper its bond-buying program. The yield on the benchmark 10-year Treasury note had trimmed some gains to 1.722% by 5:15 a.m. ET. […]