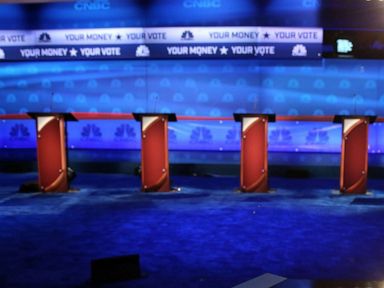 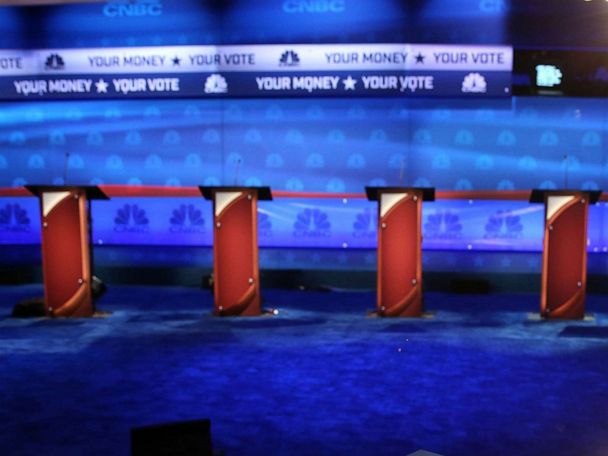 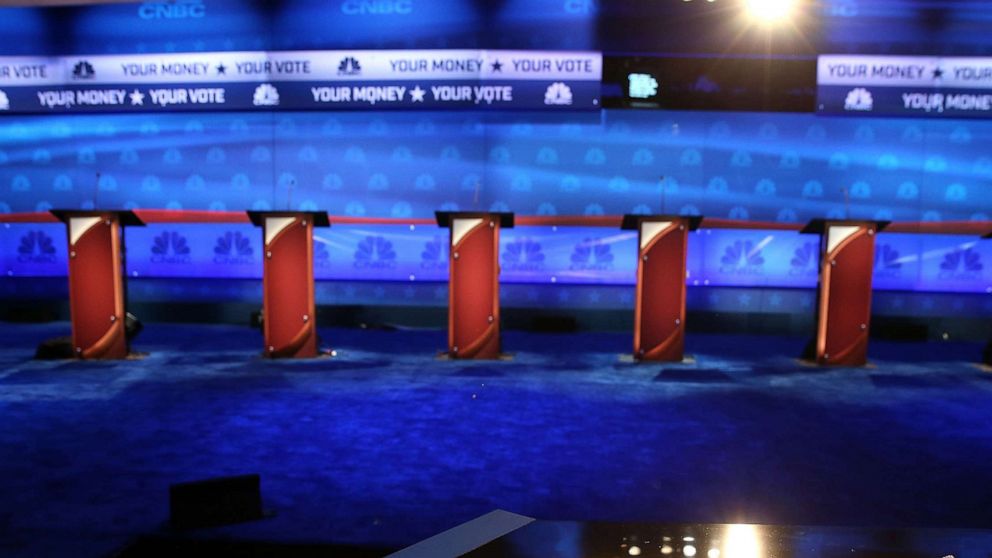 The Democratic National Committee announced the long-awaited list of 20 presidential contenders appearing in prime-time on the first Democratic debate stages – the largest and most significant gathering of the crowded field so far on the campaign trail.

The first televised debates – an early, crucial opportunity to gain a foothold in the primary before a national audience – are two weeks away but party leaders are relegating three lower-polling candidates to the sidelines: Montana Gov. Steve Bullock, Massachusetts Congressman Seth Moulton and Florida, Mayor Wayne Messam.

Before the sprawling field grew to 23 candidates, the national Democratic party capped the debates at 20. But as the number of qualifying candidates ticked up towards the self-imposed ceiling in the lead up to the deadline, the road to Miami — the site of the debates which span two consecutive nights to make room for the large field — turned into a high-stakes skirmish to secure a podium, particularly after little-known long-shots Yang and Williamson cleared both thresholds ahead of a sitting senator and governor.

The historically expansive field is a reflection of both the Democrats’ eagerness to unseat Trump and the notion that the party is split over a successful path forward.

The process preceding the first debates has been fraught with complaints from campaigns over the stringent rules, and the DNC reignited backlash after the committee announced a late rule change a week before Wednesday’s qualifying deadline, in which two ABC News/Washington Post polls would be struck from the list of eligible polls.

In a last-ditch effort to reclaim his standing on the stage, Bullock’s campaign submitted a certification letter to DNC chair Tom Perez declaring his eligibility for the first debates ahead of Thursday’s deadline. The letter was first published by Politico and confirmed to ABC News by the Bullock campaign.

“While there has been discussion in the press regarding the status of the Washington Post/ABC poll, the poll plainly meets the standards published by the DNC,” the letter states. “Since there is no sufficient warrant to exclude such a poll in either of the original rules or in the Polling Method Certification form promulgated by the DNC this week, the poll meets the DNC requirements and is valid. As such, Governor Bullock has met the threshold to qualify for the first debates and he looks forward to joining his colleagues on the stage for this important occasion.”

The DNC did not immediately respond to ABC News’ request for comment before they announced the participants.

To qualify for the debates in June and July, candidates were required to earn at least 1% support in three separate national or early-state polls conducted from Jan. 1 to two weeks before the given debate, or receive donations from at least 65,000 people across 20 different states, with a minimum of 200 unique donors per state. The DNC used both the polling and the donor threshold to winnow down the number of participants to 20.

The new grassroots qualifying rule, implemented by the DNC after the 2016 presidential primary in an effort to prioritize inclusion, reshaped the tactics employed by the candidates to push their donor base beyond the 65,000 donor-threshold needed to secure a spot on the early debate stages.

Twenty candidates total will participate (10 on each night), with the lineups for each night chosen at random and announced on Friday for the June debates.

The committee confirmed to ABC News in May that the final 20 candidates will be divided into two groups based on polling averages and then randomly assigned to a debate stage — to prevent the higher polling candidates all appearing on the same night.

The first of the party’s 2020 presidential primary debates will take place over two nights, on June 26 and 27 in Miami, Florida at the Adrienne Arsht Center for the Performing Arts. The June debate will be hosted by NBC, MSNBC and Telemundo, and the July debate by CNN.

The second round of debates on July 30 and 31 in Detroit’s Fox Theatre will use the same criteria as the first.

For the next round of debates happening later this year, the DNC announced new, more rigorous qualifying rules that up the ante to qualify for the September debate, hosted by ABC News and Univision, and for the debate to follow, slated to take place in October.

For the September and October debates, the DNC requires candidates to meet the polling and grassroots funding criteria, and have doubled the thresholds: a candidate must receive 2% or more support in at least four national polls and candidates must have received donations from at least 130,000 unique donors over the course of the election cycle, with a minimum of 400 unique donors per state in at least 20 states.

The new qualifying rules ramp up the pressure on many in the crowded Democratic field, particularly those who struggled to land on the first stages.