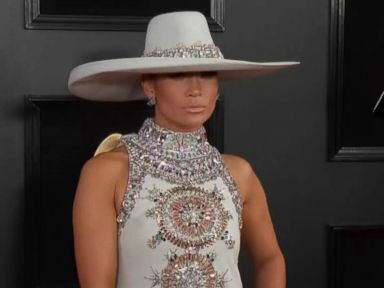 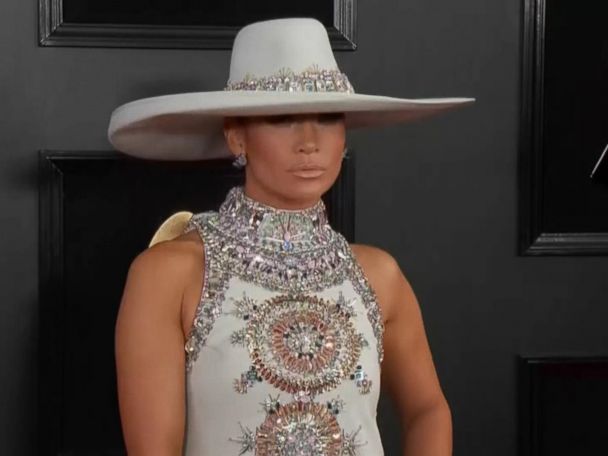 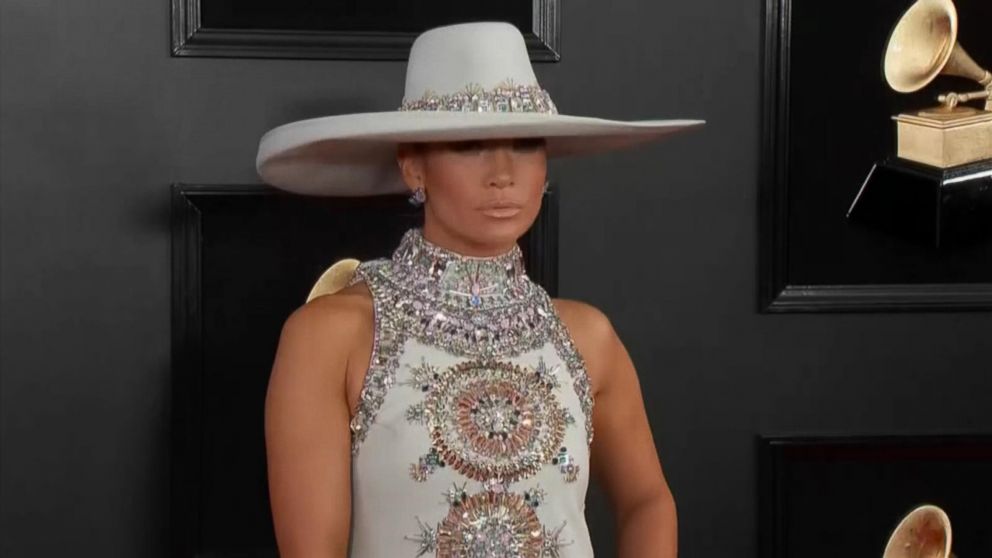 Transcript for The biggest moments from the Grammys

Sad to see this played out publicly. Zblmpl more on the Adrienne Bankert and our CAS were there on the red carpet. Reporter: Hey, Michael. A good excuse to get dressed up. The fashion. The larger than life pe performances. Those we talked to believed they won just for being nominated. Those taking home a trophy, it was a dream come true. S biggest nights with sizzling and surprising fashion. With cardi B in a piece from designer Terry muggle rks. Drawing comparisons to Venus and “The little mermaid’s” Ursula. And J. Lo rocking this hat. Posing with lady gaga. It was a red carpet to remember. Our cameras were there. We had a one on one with Kacey Musgraves just after she won best country song. That’s so wild to me because I just feel like when all of this goes away, like it’s all about the songs. It all started because of songs. I wouldn’t songs. Reporter: She took home four grammys, including album of the year. This is it! Oh, my gosh! All right, I’m excited. The grammy goes to — golden hour, Kacey Musgraves. Reporter: The most tweeted moment of the night is when k-pop supergroup bts took the stage for the first time to present best r&b all bum, telling me in on the red carpet. I mean, it’s the first time ever to present an award for us. We never presented an award. Our first prezepting is grammys. You know that feeling? Imagine it. Reporter: The k-pop group an most popular boy BAPD in the world caught multiple times sunging along with Miley Cyrus and dolly parton. ??? Please don’t take him just because you can ??? Reporter: Brothers Osbourne telling me on the red carpet how even feels about dolly. Gotta see dolly. I mean, you know, I always think the best artists are really genre-less. She is. She fits in the category of country music. But who doesn’t think dolly part en is cool? Reporter: I want to be dolly. The back street boys nominated for the eighth time. They didn’t take home any awards. What is the secret? You never left. But you resurged and became this force. It’s unstoppable. Perseverance. Per veerns. Working hard. Not giving up. Chemistry. Passion. We love what we do. A love for one another, as well. And our fans. Reporter: That’s why we love the backstreet boys. They have much love. It was so great to talk to artists when they won. Shoutout to Florida Georgia line. They didn’t win best country duo. Their friends, Dan & Shea did. They’re all going on tour together. They call it a win-win. ? You said you wanted to be dolly parton. I wanted to be you. Living my best life. Thank you, Michael. Great job. I’m throwing it to ginger. A little twist on I have that weather

A majority of small-business owners think a recession is coming: Survey

Mon Feb 11 , 2019
Main Street has caught up to Wall Street, at least when it comes to increased fears of a recession. A narrow majority of small-business owners across the United States expect a recession in the next year, according to the latest CNBC/SurveyMonkey Small Business Survey. This was the first time in […]