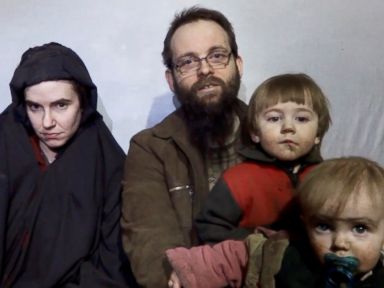 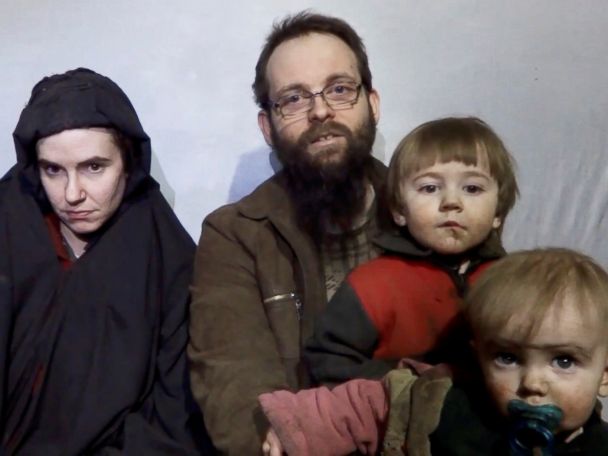 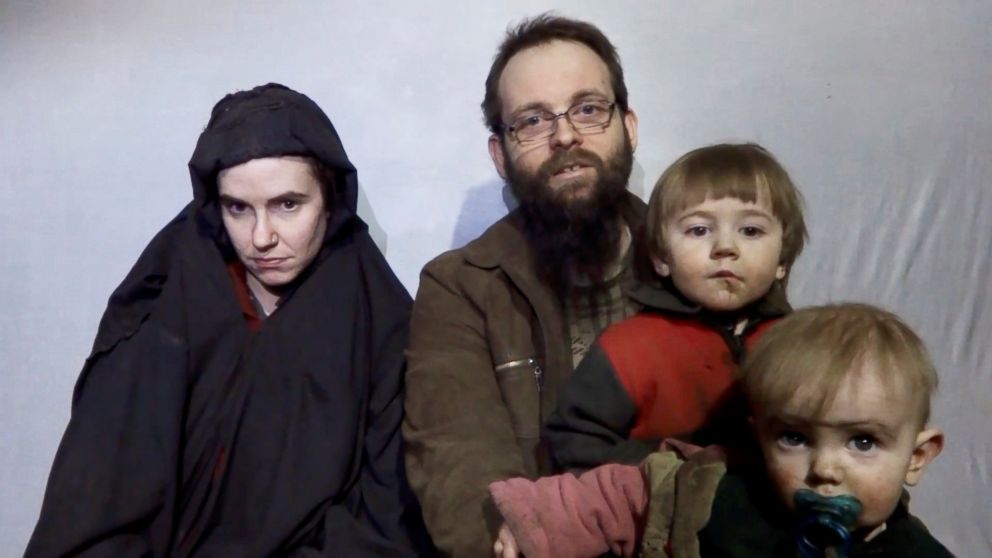 Transcript for Parents of American hostage rejoice after she’s freed

New developments in the rescue of that American mother and her family HD hostage by the Taliban for five years. They have now left Pakistan and our chief investigative correspondent Brian Ross has an exclusive interview with her parents. Good morning. The American mom and her three children are free but her husband disrupted plans for them to be on their way to the U.S. Refusing to let his family board an American military aircraft instead taking them to Canada. Caitlin Coleman was 7 months pregnant when she and her husband were kidnapped on a hiking vacation in Afghanistan. I am prisoner of the Taliban. Reporter: Over five years of captivity she gave birth to three children who became America’s littlest hostages. On one of her hostage tapes she said the Taliban was threatening to execute them. They are willing to kill us, willing to kill women, to kill children, to kill whomever. Reporter: And hostage videoed over the years showed their plight worsening subjected to mistreatment and physical abuse. My children have seen their mother defiled. Reporter: The ordeal took its toll on her parents in stewartstown, Pennsylvania, this morning Lyn Coleman tells us about the first phone call with her freed daughter. It’s incredible. I’ve been waiting to hear that voice for so long and didn’t hear her voice and have it sound exactly like the last time I talked to her. Reporter: But Jim Coleman remains angry at her daughter’s husband for taking her to Afghanistan in the first place. All I can say is, you know, taking your pregnant wife to a very dangerous place to me and the kind of person that I am, it’s unconscionable. Reporter: And he says he cannot understand why his son-in-law refused to let the family fly out of Pakistan on a U.S. Military aircraft. I don’t know what five years in captivity would do to somebody, but if it were me and I saw, you know, a U.S. Aircraft and U.S. Soldiers, I’d be running for it. Reporter: New details of the Pakistani military mission reveal the top secret operation in a mountainous area near the border with Afghanistan was based on intelligence provided by the U.S. Pakistan was recently accused by president trump of giving safe haven to terrorists. But Thursday, the president praised Pakistan and thanked them. They worked very hard on this. And I believe they’re starting to respect the United States again. Reporter: Caitlin Coleman’s father says president trump does deserve great credit for his daughter’s release but can’t understand why his son-in-law is now taking the family to Canada and not the U.S. After all the U.S. Did to get them free and we have learned they’re on their way to Toronto. News on Bowe Bergdahl charged with desertion plead guilty on Monday. Yes. We’ll have an exclusive TV interview with him on “Gma” on Monday morning.