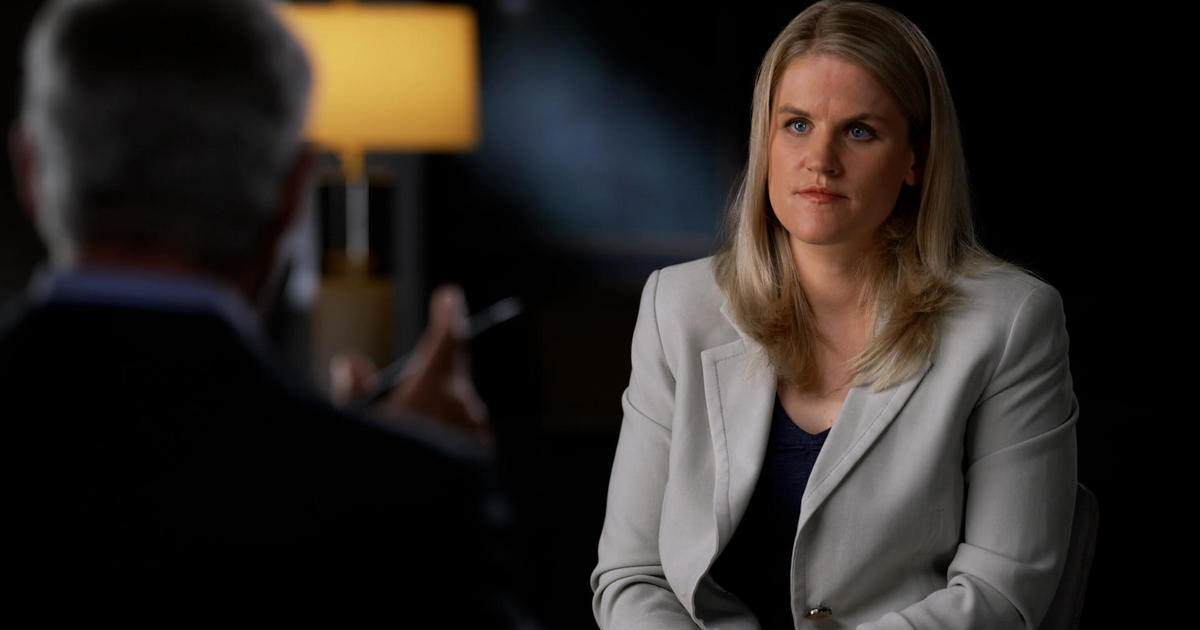 Frances Haugen, the Facebook whistleblower who revealed her identity on “60 Minutes” on Sunday night, is testifying before the Senate Tuesday. She said the platform’s decisions are “a huge problem” for children, public safety and democracy, according to her prepared opening statement obtained by CBS News.

Her testimony comes less than 48 hours after she told “60 Minutes” that “there were conflicts of interest between what was good for the public and what was good for Facebook” and Facebook “chose to optimize for its own interests, like making more money.”

Haugen worked as a product manager for the civic misinformation team at Facebook for nearly two years before she quit in May. Before leaving, she said she secretly copied tens of thousands of pages of Facebook internal research, which she said provides evidence the company has been lying to the public about making significant progress against hate, violence and misinformation.

Haugen gave many of the documents to The Wall Street Journal, which published reporting on the research that showed the company was aware of the harm it does to underage users. She also shared the internal research with Senator Richard Blumenthal, Democrat of Connecticut, and Senator Marsha Blackburn, Republican of Tennessee, who are both on the Senate subcommittee on Consumer Protection, Product Safety, and Data Security. Haugen also filed a whistleblower complaint with the Securities and Exchange Commission.

Antigone Davis, Facebook’s head of global safety, defended the research, which Facebook released in an annotated version last week. The slide decks included titles like, “We make body image issues worse for 1 in 3 teen girls,” and they showed that a significant percentage of underage users were being exposed to negative experiences on Facebook and Instagram.

In a statement to “60 Minutes,” Facebook said “every day our teams have to balance protecting the right of billions of people to express themselves openly with the need to keep our platform a safe and positive place. We continue to make significant improvements to tackle the spread of misinformation and harmful content. To suggest we encourage bad content and do nothing is just not true.”

The testimony comes one day after Facebook, Instagram and WhatsApp worldwide experienced outages for over six hours. Facebook fell along with other big tech stocks on Monday, sliding nearly 5%, and Forbes reported that Mark Zuckerberg alone lost nearly $6 billion.

Tue Oct 5 , 2021
Former presidential and New York City mayoral candidate Andrew Yang is leaving the Democratic Party, he announced this week.  Yang said in a Medium post that he changed his voting registration from “Democrat” to “Independent” on Monday after being a registered Democrat for 20 years.  “I have at this point dozens of […]