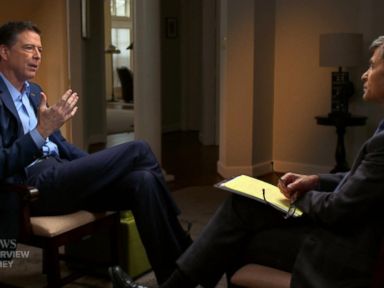 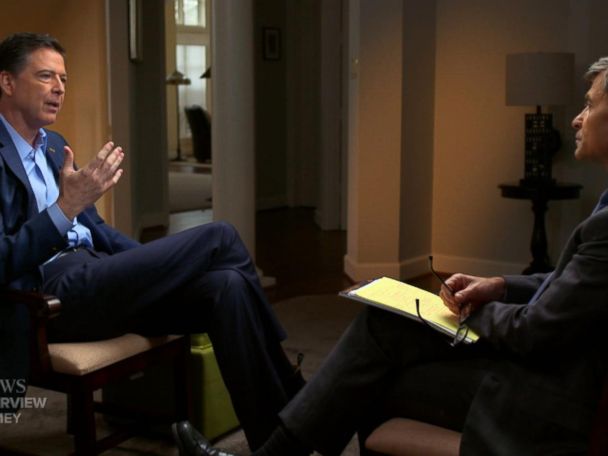 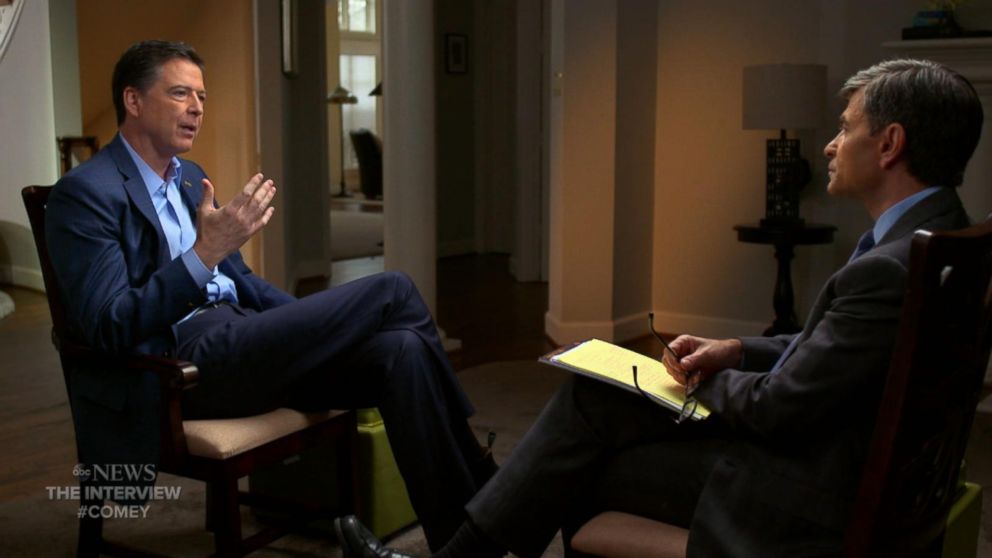 Transcript for James Comey Part 5: Are there Trump tapes?

ter: FBI director James Comey was talking to employees at the lngeles field office, when a breaking news bulletin catches his eye. The rood S on the wall. And I saw, “Comey resigns,” on the backee Reporter:igns? Yeah, it said, “Resigns.” And then that changed to, “Comey fi anw I’m staring it audience could sy face change, so they start turning around long at the back. Then I went into a room to find out have I been fired, because I dit expect to be. Repor ws your fir thought? That’s crazy. How cothat be? Reporter: Weren’t you angry? Yeah, I don’t remr being angry. I thought it’s crazy to fie. I’m leading thvestigation of ruiauence, in particular whether anyone in the trump orbit had coordinated and conspired with the Russians. That makes no sense at all. Repr: Stunned by the news, coheads to T airport. It would be his last flight on the jet. So you’re hat private jet, basically alone. What did you do? Rank red wine fr paper ee cup andust looked out at the lights of the country I lovemuch as we flew home. Reporter: That’s it.pinnacle your professional career, it’s over. Yeah. Over in a flash. Reporter: The end of James Comey’s STD career in law enforcement set off a vaseries of events. The firing of James coms what led to bringing in a speccounsel. Ve Bannon, the president’s chief strategist, D later his was thbiggest political mistin modern tistory. Reporter: The day after you weired, the president meeting in the oval office with the Russian foreign minister calls you a . Says the pressure on him has been relieved. At think wheyou saw that? Wow, was my reaction. First of all, what are the russiansng in the oval office? One, as a counterintelligence person, I’m thinking, “That’s cr without any Americans being present, one. And, two, the pretense is lting awaythe bit about, “You were fired beof how handled the e-mail investigation,” is melting you were firedause of the Russia investigation. Reporter: The president said ia was on his when he fired Comey. But regardls of recommendation, I was going fire com I said to myself, I said, you know, this Russia thing with trump and is a made up story. Eporter: Comey was out, but the president’s attacks continued, escalating into a full-scale Twitter war “Sanctious,” “A lker,” “Lying James Comey.” Those are the words that ident trump has to describe his former FBI DI. Reporter: Bwas this eet, that Mey better hope thare no tapes, that sparked the leak heard ’round the world. Hen he tweeted that E might be tapes, the thought hit king bolt, like, “Wait a minute. If there are tapes will be D on that tape in the oval office asking me to let it G there is corroboration or could be corroboration for thing thought we’ll never be able to corroborate.” Reporter: Of a possible crime. Yeah. Of possible obstruof justice. Somebody’s gotta go get thos tapes. Repr: You wand a ial. Yup, because I waom without political conflict, meone to find the facts. Reporter: He made a controversial decision to leak his mes to a friend who read them to “The New York Times.” The president’s tweeted inratimes callyou a leaker. What’s your respono president trump? Loot’. I’thtestified about it. That’s how people know about it. I gave that unclassifiedo to my friend and asked him to give it to a reporter. Is entirely apriate. Reporter: Why not do it yourself why not do it openly, transparently? Orery practil reason. At the end of my driveway was a horde of media and my thought S, if I give I one porter, th what’s my answer to all the others about why I T answer their questions? Reporter: How do you H that inconvenience against the ethics of beinren? Reaction was, “I’m gonna get the information out.” I know the imation is true and ‘M ever asked T it, of course I’ll tell the truth about it. Reporter: President also — sel differentweets calls you a liar. Yeah. Reporter: And? What amonna do? Yeah. People have to make their own judgments about other people. Repor Comey’s leak triggered the appointment of Robert Mueller as special counsel. The acting Aney general rod Rosenstein decided to appoinspecial course investigate run interferencein the 2016 election. Well, I respect the move, but entire thing hen a witch hunt. And there O collusion twcertainly lf, and my campaign and the Russians, zero. Reporter: When Comey appeared before the senate, he said the T lied to E American people when he attacked Comey ane FBI. Those win and simple. Repter: As pressure from the special counsel intensifies, all eyes are now on th T and his xt move. Why don I just fi mueller?well, I thk it’s a disgrace what’s going on. We’ll see whappens. And many people have said, you if president trump tries to firert Mueller It would, I hope, set off alarm bes that this his most ser attack yet on the rule of law. And it would be something that our tire country, again, Democrats and Republicans, that is higher than all the Normal fights abouticd it would be to the everlasting shame of partisans if the unable to St higher level and to prt epr: And, hae presidof the united es en compromised by the Russians? Do you think the Russians have something on Donald Trump? I think it’s possible I don’t know. These are ords I never thought I’d utter about a president of the ud it’s possible. Reporte that’s stunning. You can’t say for certain that the president of theted stats mpromised by the Russians. Itud I wish I wasn’t saying it, but it’s strikes me as only, and I would have been able to say with high confideabany other president I dealt with, but I can’t. Itossible. Aru totally Ady?