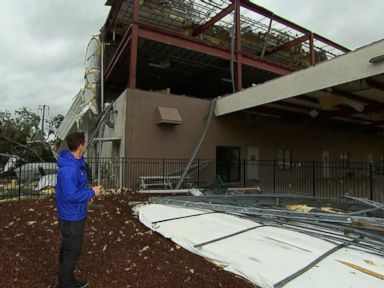 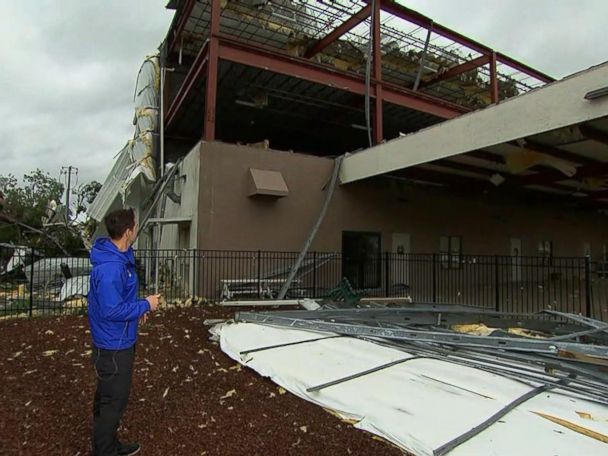 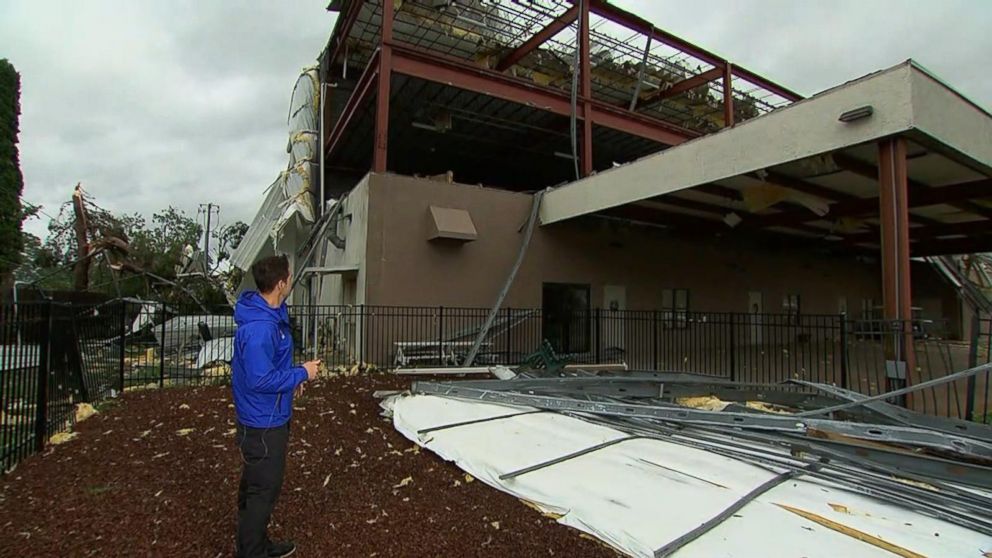 Transcript for Hurricane Michael barrels across land as Category 3

the move at this hour. It struck here as an historic category 4, just shy of a category 5. The frightening reality tonight is that this hurricane isn’t giving up. It is a category 3 at this hour as it barrels across land. We know that Georgia, the Carolinas and then moving right up the coast with its effects, so, let’s get to rob Marciano, he’s also here in Panama City beach tonight, following the newest track just out. Rob? Reporter: David, you said it. Still a category 3 and now in Georgia. That has nts happened since 189le. The center of this thing, 40 miles southwest of Albany. Take a look at it on the radar. We’re watching tornado watches. Three reported tornadoes so far and we got a tornado warning out right now just south of the Atlanta area. And that watch in effect until 2:00 in the morning. The track is going to continue on its way towards the northeast. We’ll get to tropical storm-force winds, but not until after midnight. By tomorrow afternoon, already in Raleigh, North Carolina, then by Friday morning, early, it is off the coast. So, let’s tick tock it for you. Flash flooding and hurricane-force wind gusts as the center moves ore Albany. Looks to be a rough night for Atlanta, as well. Then it gets over Augusta, Georgia, Columbia, south Carolina. By this time tomorrow morning, tropical storm-force gusts. That is still damaging winds. Power outages across parts of the Carolinas. Very saturated there. The Hampton roads area by tomorrow night. Heavy rain and gusty winds being squeezed by that front, which is going to move it out to Sapp. But flash flood watches out from the gulf coast through D.C., new York City and Hartford as that front squeezes some of the moist children. Hatch a foot of rain in this storm zone. There is a record-setter. It goes in the record books at the third lowest barometric pressure of a hurricane to hit the U.S., behind Camille in ’69 and labor day storm in 1935. A strong category 4 storm and this worship center, the two upper floors of this, completely ripped apart. Sustaining damage here in Panama City beach, and this is not the only spot, and this, as you know, the western or, in this case, weaker side of hurricane Michael. That was the incredible thing about this. Rob Marciano, who was on the air with us all day here. Rob, thank you.

Thu Oct 11 , 2018
Transcript for ABC News’ Ginger Zee details riding out Hurricane Michael And families are just now emerging from hotels and from homes to survey this incredible damage. So many streets under water tonight. This hurricane made landfall not far from Panama City, in, on Mexico beach, right on the U.S. […]