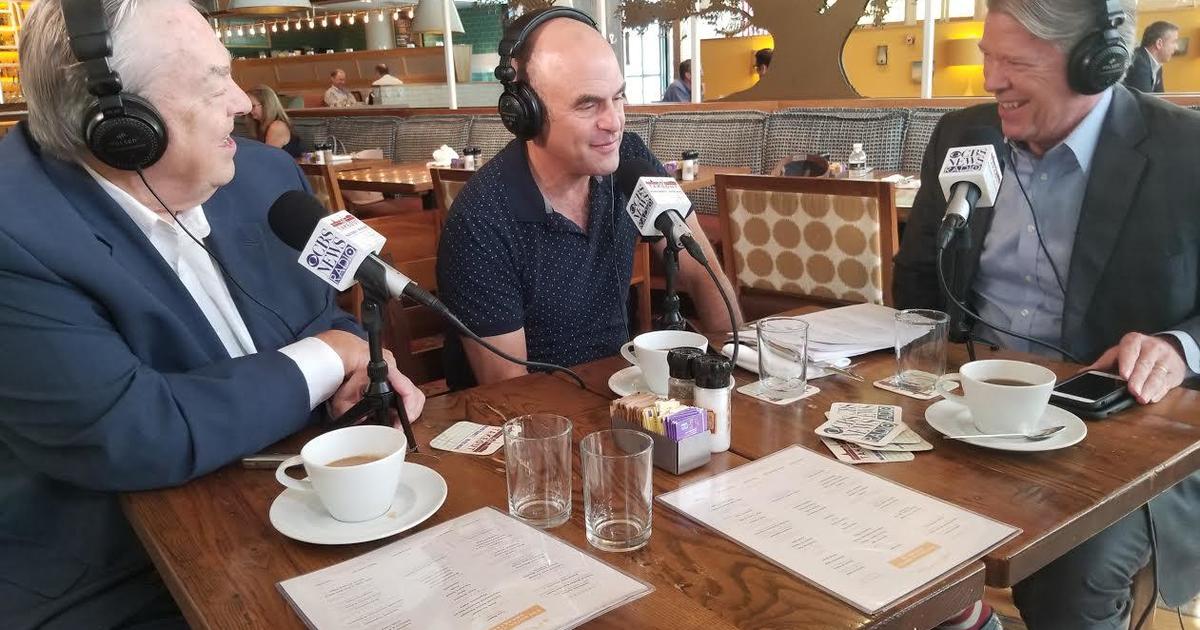 “My joke was, that libtards and conservatives alike all like a good fart joke. So we all thought of ourselves as the place where anybody, whatever their political leanings, could come in and enjoy the jokes that we do, even about politics,” Sagal told CBS News chief Washington correspondent Major Garrett on this week’s episode of “The Takeout” podcast.

And when Donald Trump was elected, the two, like many comedians, thought that he would make their jobs easier. But two years into his presidency, it’s been harder and harder to come up with political jokes that feel fresh.

“We started off, and Trump was great for comedy. I think everybody said, ‘Oh, this is going to be it for a couple of years. Just think how lucky we are,'” said Kurtis, a veteran newscaster who lends his smooth voice for announcing and scorekeeping on “Wait Wait.” By springtime, joking about Mr. Trump’s unconventional behavior became “sort of like ‘repeat[ing] the same diagnosis,'” Kurtis said. “‘Haven’t we told that joke before?'” Kurtis and Sagal wondered.

And in the Trump era, not all of his supporters are inclined to be receptive to jokes about him, a point acknowledged by the hosts. “If you really love Donald Trump and you think he can do no wrong, and you think that he must be treated with respect in every utterance, I don’t think you’re going to enjoy our show,” Sagal said.

The frenetic pace of the news cycle in the Trump era poses another challenge.

“[Trump] does eight impossible things before the evening news every day. Out of all those things, which are we going to talk about? Secondly, what can we say about that we haven’t said before? Because he’s — ‘all right, he lied,’ Well, he lies every day,” Sagal said. “‘All right, he said something profoundly ignorant.’ Well, he does that every day. ‘All right, he said something profoundly offensive.’ What can we say about that behavior that’s different from the last time we talked about it?” Sagal said, adding that the biggest challenge in conceiving the show was figuring out how much the audience actually wants to hear about Mr. Trump each week.

Sagal and Kurtis also talked about things unrelated to political comedy during their interview, too. Kurtis, who worked for CBS News and CBS Chicago affiliate WBBM for years, also recounted breaking the story of the use of Agent Orange in the 1970s. Sagal, who has written a book about running and is an avid marathoner, talked about being at the Boston Marathon when it was bombed in 2013.

Fri Sep 6 , 2019
It’s Friday, Sept. 6, 2019. Let’s start here. 1. Rebuilding the Bahamas As Hurricane Dorian bears down on North Carolina, the Bahamas are facing a massive rebuilding effort after the storm pummeled the island with rain and wind gusts that reached 200 miles an hour. ABC News’ Marcus Moore is […]