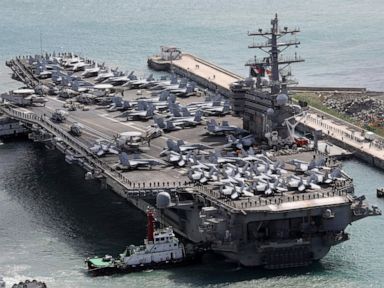 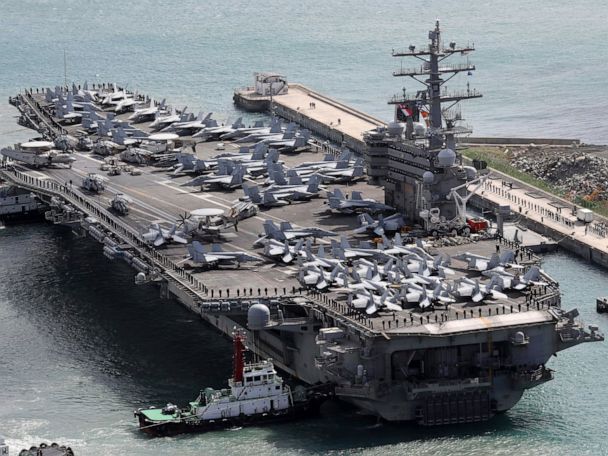 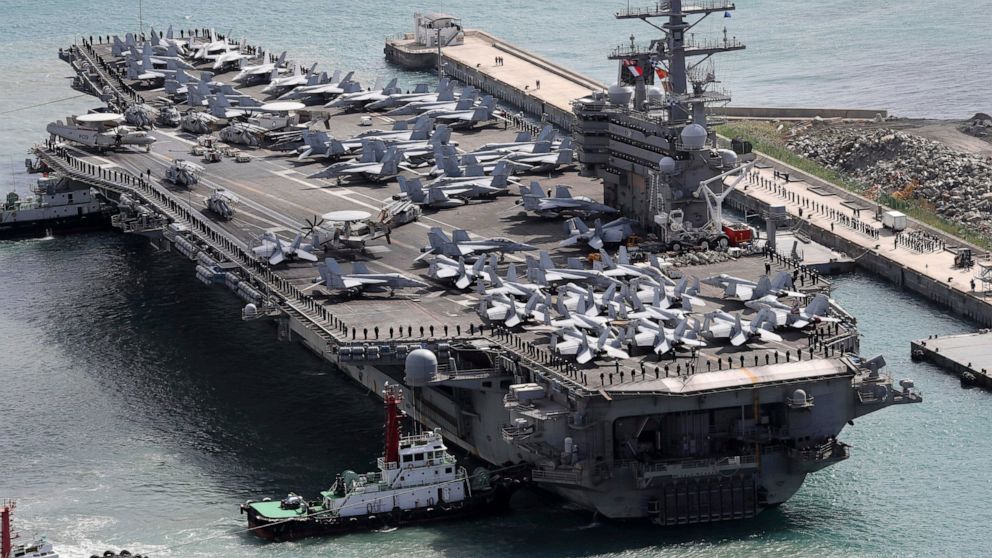 The USS Ronald Reagan aircraft carrier and its battle group will arrive at a southeastern South Korean naval base on Friday for a combined training meant to boost the allies’ military readiness and to show “the firm resolve by the Korea-U.S. alliance for the sake of peace and stability on the Korean Peninsula,” the South Korean navy said in a statement.

It would be the first such joint drills involving a U.S. aircraft carrier near the peninsula since 2017, when the U.S. sent three aircraft carriers including the Reagan for naval drills with South Korea in response to North Korean nuclear and missile tests, according to the South Korean Defense Ministry.

The carrier’s arrival comes after North Korea recently passed a new law designed to authorize the preemptive use of nuclear weapons in certain conditions, in a move that apparently shows its increasingly aggressive nuclear doctrine. Earlier this year, the North test-launched a slew of nuclear-capable ballistic missiles capable of reaching both the U.S. mainland and South Korea.

Some experts say the North Korean moves clearly suggest it’s not interested in returning to denuclearization talks until the United States and others recognize it as a nuclear state. They say North Korea needs such a recognition for arms control negotiations with its rivals and to get sanctions relief and other concessions while maintaining some of its nuclear weapons.

After a meeting in Washington last week, senior U.S. and South Korean officials said in a statement that that “any (North Korean) nuclear attack would be met with an overwhelming and decisive response.” The statement said the United States reiterated “its ironclad and unwavering commitment to draw on the full range of its military capabilities, including nuclear (one)” to provide extended deterrence to South Korea.

The U.S. and South Korean officials also highlighted that the upcoming deployment of the Reagan Carrier Strike Group in the region is a clear demonstration of U.S. security commitment, according to the joint statement. It was the allies’ first such meeting since early 2018.

To cope with North Korean nuclear threats, South Korea been building and purchasing an array of high-tech missiles, stealth jets and other conventional weapons. But it has no nuclear weapons and is under the protection of a U.S. “nuclear umbrella,” which guarantees a devastating American response in the event of an attack on its ally. About 28,500 U.S. troops are deployed in South Korea.

The USS Ronald Reagan Carrier Strike Group were initially supposed to come to South Korea on Thursday, but its arrival date was changed due to bad weather including a typhoon, the South Korean navy said.

Mon Sep 19 , 2022
Mark Frerichs in undated family photo. CBS News Islamabad, Pakistan — A senior Taliban detainee held for years at Guantanamo Bay said Monday he was released and handed over earlier in the day to the Taliban in Kabul, in exchange for an American prisoner held in Afghanistan. Bashir Noorzai, a […]