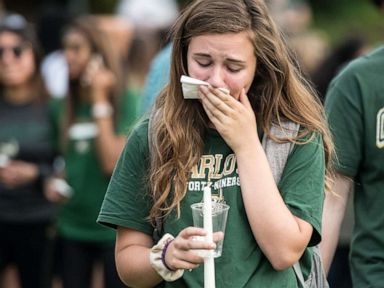 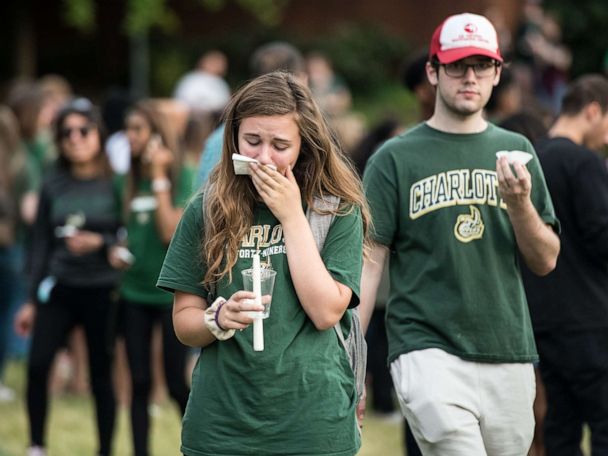 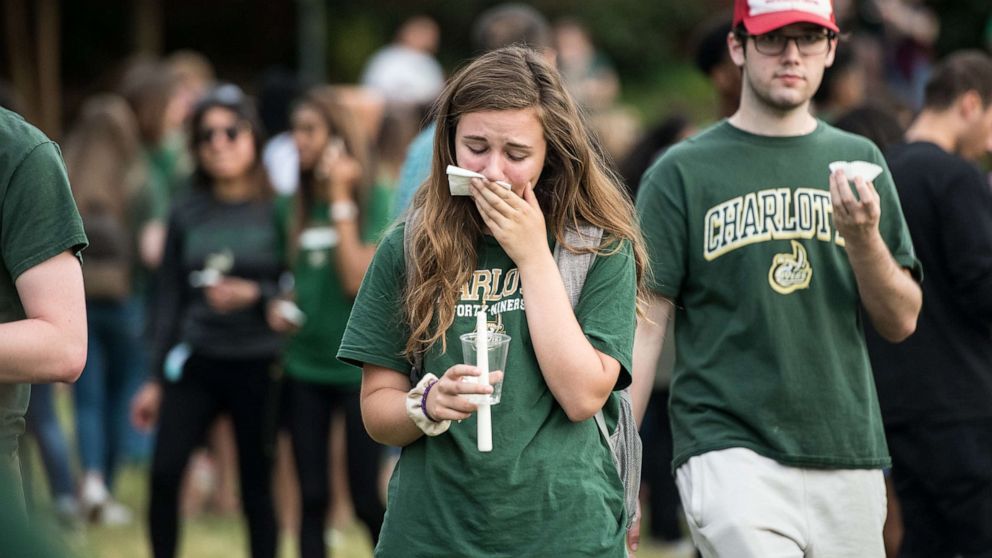 A 22-year-old accused of gunning down two students at the University of North Carolina at Charlotte is due in court Thursday as the shocked survivors come together in grief.

Trystan Andrew Terrell allegedly opened fire in a room at the Kennedy building on Tuesday, killing two and injuring four, according to police.

“It’s going to take us some time to really figure out what happened, and more importantly, the why,” Putney said.

Meanwhile, faculty and students gathered at a vigil Wednesday night in an arena on campus to remember those killed: 19-year-old Ellis “Reed” Parlier and 21-year-old Riley Howell.

“We’re heartsick,” UNC Charlotte Chancellor Philip Dubois said at the vigil. “The loss of Riley and Reed cuts to our core.”

“No one is going through this alone,” said student body president Chandler Crean as he wiped away tears.

“UNC Charlotte cannot and will not be defined by this tragedy. Instead, we will be defined by how we respond to it.” – Chancellor Dubois #CharlotteStrong pic.twitter.com/QqySB6kVhC

The four injured students are expected to make full recoveries.

Among the injured is 23-year-old Emily Houpt, who is set to graduate next week.

Howell was killed while fighting the gunman, said Putney.

Thu May 2 , 2019
Michael Corbat, CEO of Citigroup Lucy Nicholson | Reuters Michael Corbat defended the huge compensation gap between low-level employees and top management at Citigroup, saying it should inspire the rank-and-file workers who could someday fill his shoes. “My answer is I am that person,” Corbat said Thursday on CNBC’s Squawk […]