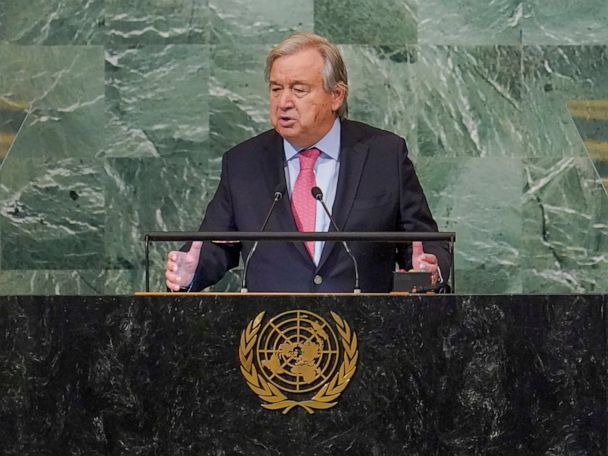 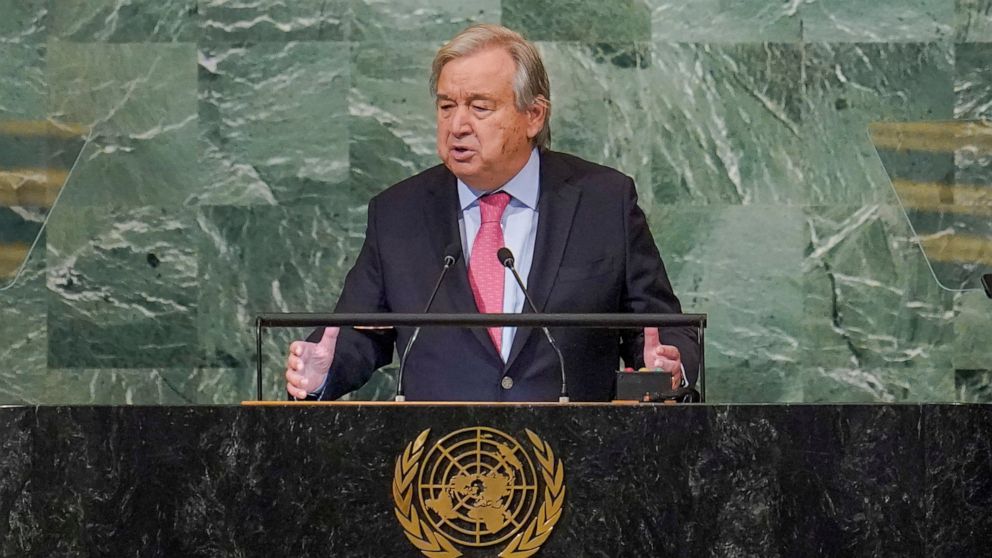 Rich energy companies should be forced to fork over some windfall profits to aid victims of climate change and offset rising fuel and food costs, the United Nations Secretary-General told world leaders Tuesday.

The fossil fuel industry, which is responsible for a large share of planet-warming gases, is “feasting on hundreds of billions of dollars in subsidies and windfall profits while household budgets shrink and our planet burns,” said Antonio Guterres in his opening remarks at the U.N. General Assembly in New York.

He urged richer countries to tax the profits of energy companies and redirect the funds to both “countries suffering loss and damage caused by the climate crisis” and those struggling with the rising cost of living.

The idea has already gained traction in Europe, where energy companies are enjoying extraordinary profits as a result of supply shortages due to the Russia-Ukraine war. The proposal seeks to raise about $140 billion to help people with the soaring cost of energy.

The Secretary-General’s comments were labeled as “misguided and counterproductive” by Frank Maisano, an energy lobbyist.

He claimed many fossil fuel companies are “at the forefront of the clean energy revolution and in most cases driving the innovation needed to make an energy transition.”

Scientists have warned that greenhouse gas emissions and the world’s reliance on oil, gas and coal needs to fall dramatically and rapidly for the world to meet its climate goals.

Guterres also called for developed nations to pay for the loss and damage happening in poorer nations, which do little to contribute to climate change but suffer the worst effects. That includes Pakistan, which is still reeling from devastating floods in the south last month caused in part by warming temperatures.

“Loss and damage are happening now, hurting people and economies now, and must be addressed now,” he said, adding that 80% of the world’s greenhouse gas emissions are produced by the 20 largest economies.

“This is a fundamental question of climate justice, international solidarity and trust.”

Guterres, alongside several nation states more severely impacted by climate change, hope that “loss and damage” — as it’s known in climate negotiations — will be prioritized at the upcoming U.N. climate summit in Egypt in November, known as COP27.

Many smaller nations were left disappointed at the previous summit last year when richer countries, such as the United States and in Europe, rejected demands for loss and damage compensation.

Earlier this year, COP27 President Sameh Shoukry hoped that discussions on loss and damage at the summit would be “ comprehensive, but it is non-adversarial.”

Tue Sep 20 , 2022
KYIV, Ukraine — Russian-controlled regions of eastern and southern Ukraine announced plans Tuesday to start voting this week to become integral parts of Russia. The concerted and quickening Kremlin-backed efforts to swallow up four regions could set the stage for Moscow to escalate the war following Ukrainian successes on the […]