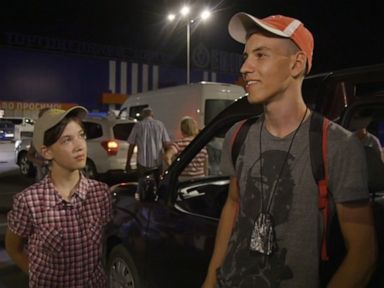 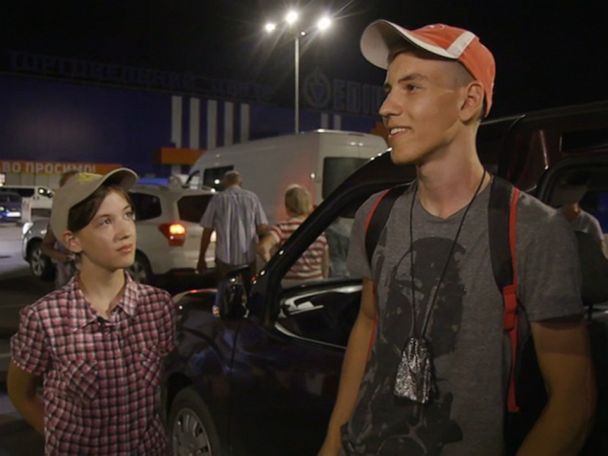 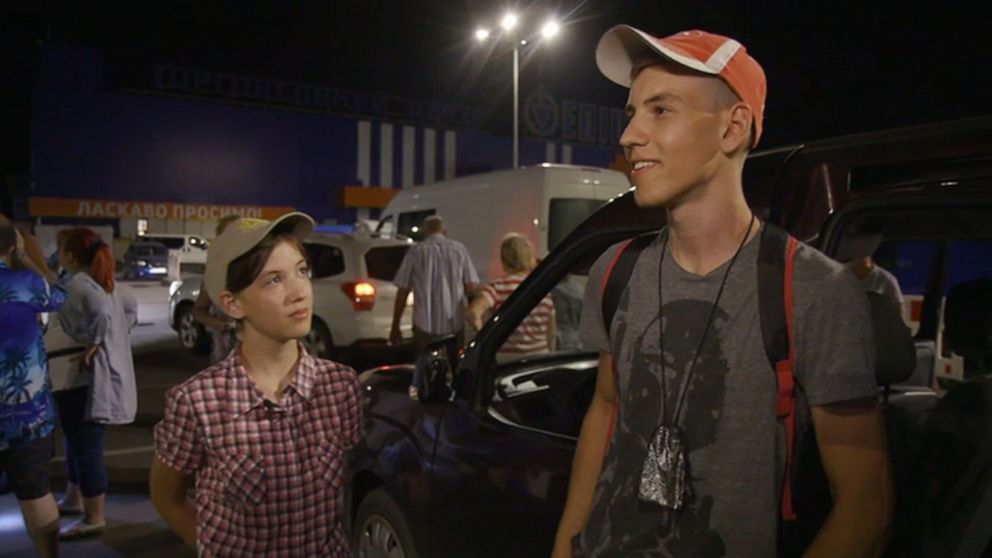 At a camp in Zaporizhzhia, Ukraine, for people displaced by the war, two siblings recounted the harrowing journey they’d made from their village, which was being bombed by Russian forces.

Maria Zalata, 14, and her brother Dymtro Zalata, 17, traveled for two days from their village of Vesele to reach the Ukrainian-controlled area of Zaporizhzhia.

The trip was “terrifying,” Dymtro told ABC News reporter Britt Clennett. Their father stayed behind to guard the family’s home, pets and garden against the Russian soldiers.

The war in Ukraine, which hit its six-month mark on Wednesday, has devastated the lives and aspirations of millions of young people like Maria and Dymtro. UNICEF estimates that 5 million Ukrainian children both inside the country and living as refugees abroad are in need of humanitarian aid.

In order to reach Zaporizhzhia, Maria and Dymtro slept in a car and had to be very careful about their movements. They bought groceries at a store that sold Russian products, they said.

They went through a checkpoint where their phones were examined, and they had to erase all photos that had Ukrainian symbols.

When they finally arrived in Zaporizhzhia and saw the Ukrainian flag, they cheered.

“I am so happy to be here with our soldiers,” Maria said. “I am crying now.” She said her mother, and another woman they were with, also broke down in tears. “It’s such a big happiness that we can be in Ukrainian free territory.”

“I feel like I found my home,” she said.

Being in her village was very uncomfortable, she said, because of the constant presence of Russian soldiers. “We are so upset,” she said, about the occupation.

She wishes her village can be liberated soon, so that her family can return. She told ABC News she wants to see the colors of the Ukrainian flag, yellow and blue, and their symbols, returned to the village.

The future is still uncertain. They dream of freedom, and of reuniting with their father.

“We hope all people can stay strong, and that we will defeat Russia,” she said.

They plan to go to Kiev and then move to the western part of Ukraine, where they have family. Maria plans to start school in September, as her school in Vesele has been occupied by the Russians.

But first, they will stay at the volunteer-run camp for another couple days.

“We are so, so happy people are helping us. We are so grateful,” Maria said.