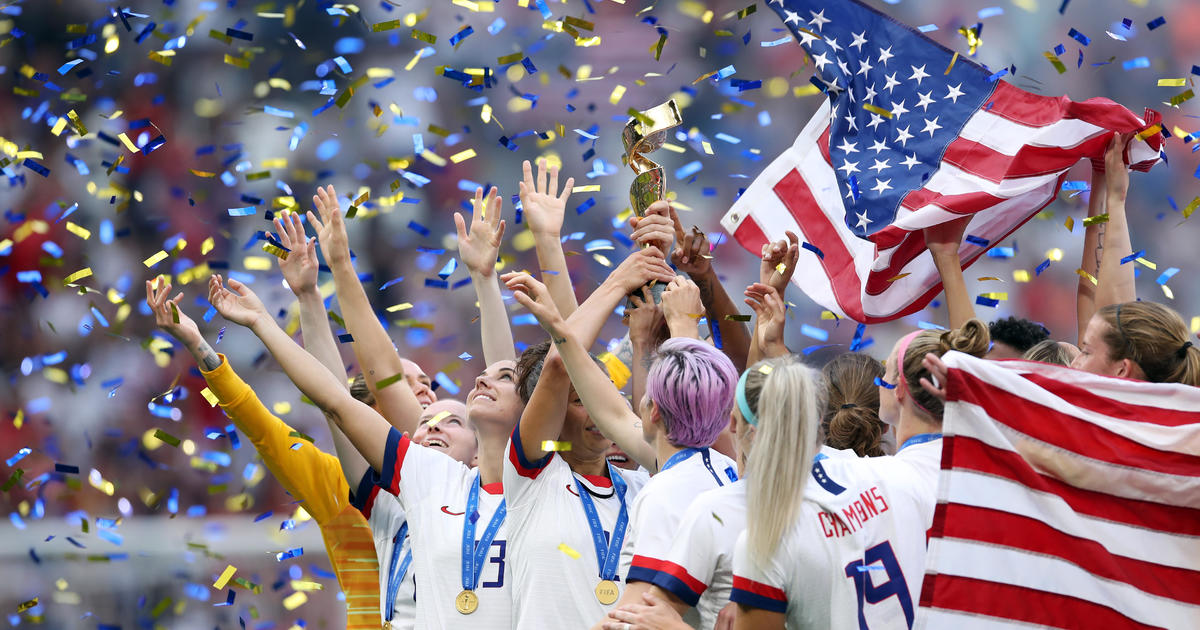 Immediately after the U.S. Women’s National Team won the 2019 World Cup on Sunday, fans started calling for another victory: Giving the women equal pay. The World Cup win comes as the women’s team is suing the U.S. Soccer Federation for gender discrimination, with a focus on the pay gap between the men’s and women’s teams.

When FIFA President Gianni Infantino took the stage soon after the U.S. beat the Netherlands 2-0, the crowd in France’s Stade de Lyon broke into a chant: “Equal pay! Equal pay!”

There’s also a major pay gap in the prize money awarded by FIFA, the global soccer federation that oversees the tournament. The prize pot for the women’s team this year was $30 million — compared to $400 million for last year’s Men’s World Cup.

Molly Levinson, spokeswoman for the women’s players who filed the lawsuit, said in a statement after the victory: “This moment of tremendous pride for America, the sad equation remains all too clear and Americans won’t stand for it anymore. These athletes generate more revenue and garner higher TV ratings but get paid less simply because they are women. It is time for the Federation to correct this disparity once and for all.”

Democratic Rep. Alexandria Ocasio-Cortez of New York said the women should be paid even more than the men in light of their latest trophy. “At this point we shouldn’t even be asking for #EqualPay for the #USWMNT — we should demand they be paid at least twice as much,” she tweeted.

Team members Alex Morgan and Megan Rapinoe told “CBS This Morning” in March that U.S. Soccer was in a position to take “an incredibly bold stance” on equal pay.

“I think we’ve learned a lot through this process,” Rapinoe said. We’ve really come together as a group and been able to solidify our unity and our strength and really begun to understand the power of everyone being on the same page.”

U.S. Soccer has said that the women are paid less because their games typically bring in less revenue and lower ratings. But according to the federation’s own financial reports, the women’s team generated more total revenue than the men’s in the three years after the women’s 2015 World Cup victory.

The women’s team and U.S. Soccer tentatively agreed in June to mediate the lawsuit once the World Cup was over.

The union representing the men’s team said it “fully supports” the women’s fight for equal pay.

Sun Jul 7 , 2019
Bill Gates Gerard Miller | CNBC Steve Jobs was a master at “casting spells” to keep Apple employees motivated and working long hours, said Bill Gates, the billionaire co-founder of technology giant Microsoft. “I was like a minor wizard because he would be casting spells, and I would see people […]