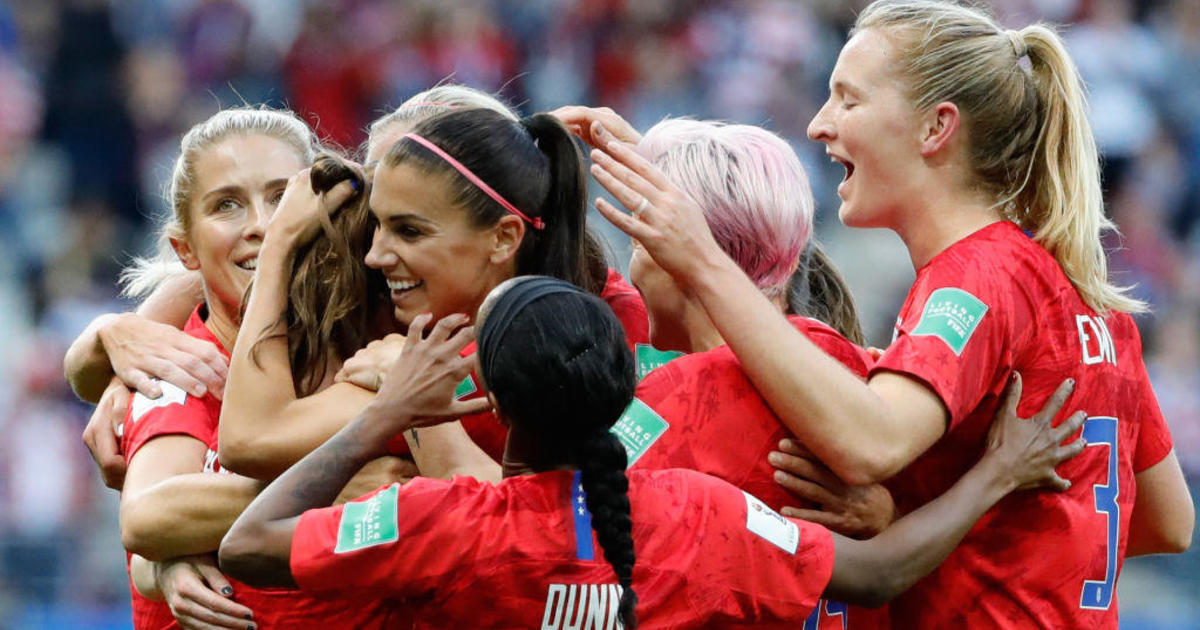 The U.S. Women’s National team are the defending champions and the favorite to win the 2019 FIFA Women’s World Cup. But no one predicted them setting a World Cup records Tuesday in their 13-0 routing of Thailand to open their title defense.

You’ve already heard it called a record-breaking win. But which records did they break?

The previous record for most goals scored by a team was set by Hungary in the 1982 FIFA World Cup. In group stage match, Hungary beat El Salvador by a 10-1 scoreline. The record nine-goal margin of victory in that match was also put to rest by the U.S. Women’s 13-goal conquest Tuesday.

Team captain Alex Morgan scored five goals for the U.S., tying the most goals scored by a single player in a FIFA Women’s World Cup match. She now shares the record with Michelle Akers who scored five goals as a member of the U.S. Women’s National Team in the 1991 quarterfinal match against Chinese Taipei.

Here’s the list of all the goals scored by the U.S.:

USWNT vs. Thailand highlights and recap

The U.S. came out of the gate strong, dominating possession and keeping the ball in Thailand’s half of the field. They found the back of the net in the fifth minute on their third shot. But after VAR (video assistant referee) review, the goal was called back because a U.S. player was in an offside position.

Morgan corrected that in the 12th minute, putting away her first of the night. Kelly O’Hara played a perfect ball over the top of the defenders from the right side of the penalty area and Morgan headed it past the Thai keeper effortlessly.

By the end of the first half, the U.S. had taken a 3-0 lead. No one could have predicted they would score 10 more in the second half.

Watch all the highlights from FIFA below:

Wed Jun 12 , 2019
The pilot killed Monday when his helicopter slammed into the roof of a New York City skyscraper was not authorized to fly in limited visibility, according to his pilot certification, raising questions about why he took off in fog and steady rain. Tim McCormack, 58, was only certified to fly under […]