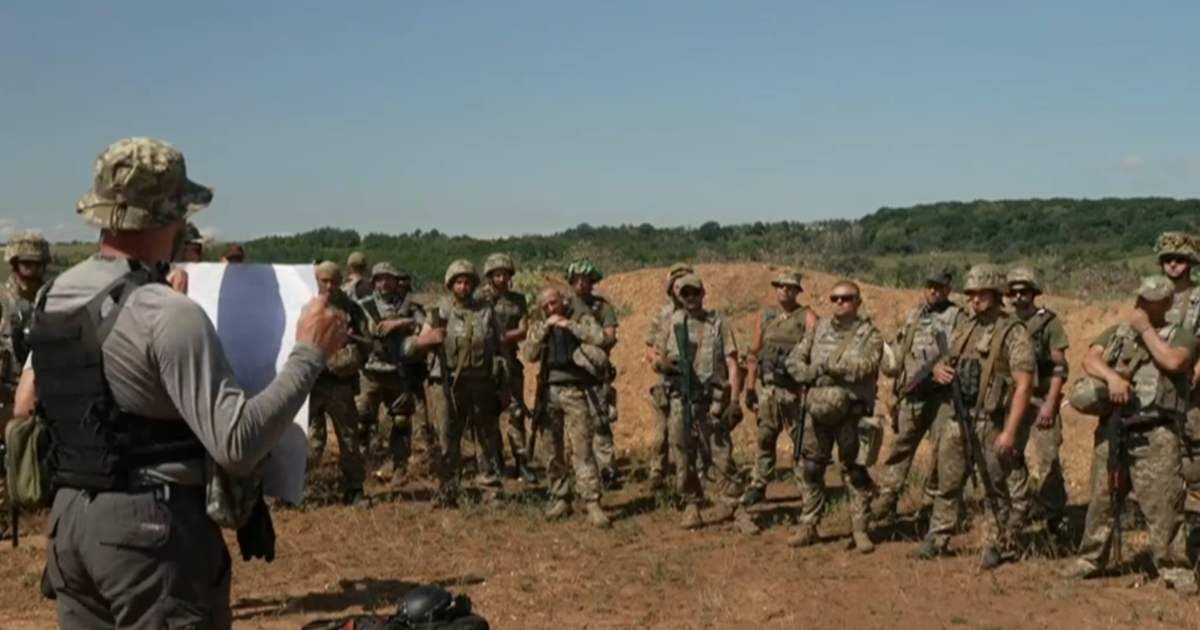 In an old quarry around 10 miles from the front line, a group of former U.S. servicemen trained Ukrainian soldiers on Wednesday. The five-day course teaches battlefield first aid and how to maneuver.

Many of the Ukrainians only signed up to fight after Russia’s invasion, with some having next to no experience firing a gun.

“Never point your weapon at anything you don’t want to shoot,” lead instructor Rob, who won’t share his last name for security reasons, told the Ukrainians.

“Nothing else matters unless our bullet is going where we want it to go,” he added.

Rob told CBS News he’s from Arkansas and was a sergeant in the U.S. Marines.

“These guys need help. They are responding to a fight, they didn’t pick it from what I know,” Rob said. “Let’s help them out.”

Rob said the Ukrainians do not have the supplies or weapons they need.

“They’re only issued four magazines,” he said. “That’s 120 bullets. Doesn’t take too long to shoot 120 bullets, especially at a bunch of Russians.”

A Ukrainian fighter who goes by the call sign Bison said the American trainers may be the difference between life and death.

“If you want to win the fight you need to be alive,” Bison told CBS News. “The people not trained will not last long on the battlefield.”

Ukraine hasn’t revealed the total number of soldiers it has lost in this brutal conflict. But President Volodymyr Zelenskyy said around 30 soldiers are killed every day.

“This is a war of artillery, the rocket war,” Bison said. “We need more heavy artillery.”

Nearly 800,000 more monkeypox vaccine doses to be available in U.S.