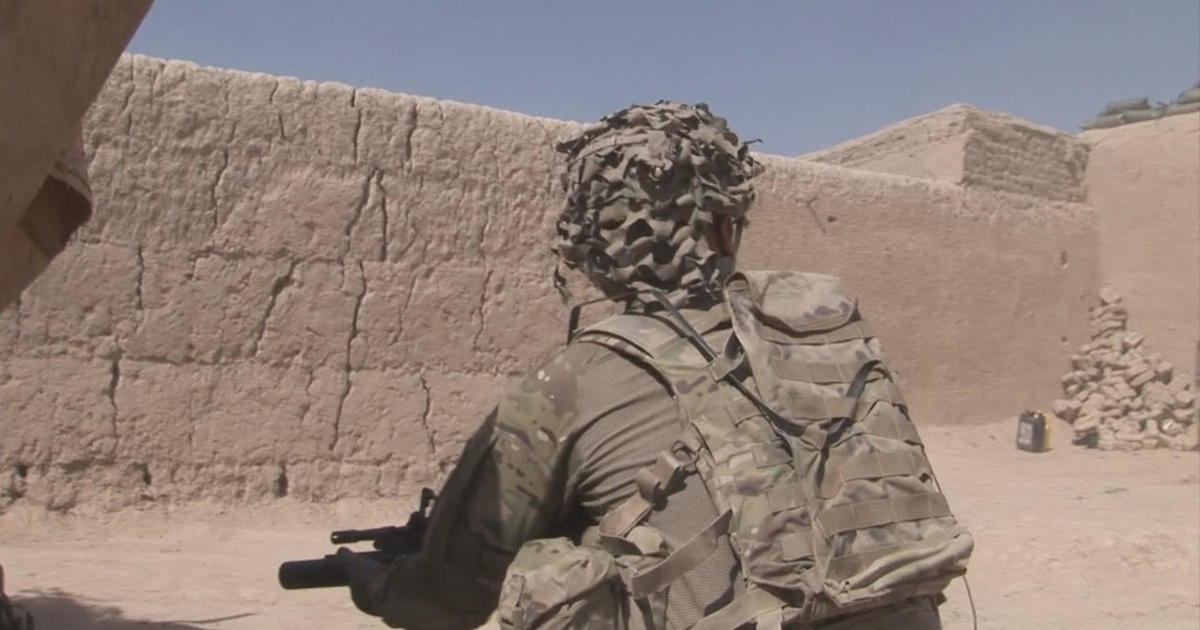 NANGARHAR, Afghanistan — Parliamentary elections in Afghanistan are just days away, and the Taliban and ISIS fighters, countered by Afghan and U.S. troops, are doing all they can to disrupt voters.

Nangarhar in Eastern Afghanistan was the deadliest province for Americans in 2017. Of the 11 American troops killed in Afghanistan last year, more than half died here. Not only is it Taliban territory, but it’s also an ISIS stronghold.

Soldiers who were fifth graders when this war began in 2001 now direct Afghan forces in an operation to clear ISIS-held villages, under the command of Lt. Col. Brian Ducote.

We asked if he was kicking the hornet’s nest, expecting a fight back.

“We want a fight back, and so do our partners. Because they know that they don’t want to kick it and have them come back. They want to destroy them,” Ducote said.

The soldiers of Charlie Company are among 14,000 U.S. troops still serving in Afghanistan. We saw as they prepared to head “outside the wire,” a military convoy being the only way U.S. forces can get around. The soldiers have been cautioned to be on the lookout for people opening fire, an IED, a roadside bomb or a vehicle bomb on route to the location.

This is company commander Maj. Kirby Robinson’s second tour in Afghanistan, and his sixth combat deployment. The fight has changed over time. Twenty miles from the frontline, U.S. Army officers are using armed drones and intelligence to monitor Afghan forces taking the fight to ISIS.

Over on the Afghan side, officers there informed the major their forces were able to take back the territory without much of a fight. But Robinson wouldn’t say they’re “winning.”

It may be too early to know what impact the new tactics are having. But Afghan military losses continue to be so high, the government no longer gives those figures out.

Tue Oct 16 , 2018
Police have opened a criminal investigation after the remains of 10 fetuses and an infant were found hidden in the ceiling of a former Detroit funeral home last week. An anonymous letter led state regulators Friday to the building that housed the Cantrell Funeral Home before its mortuary license was […]