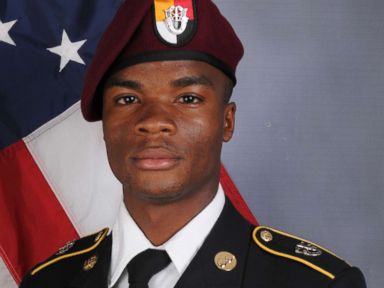 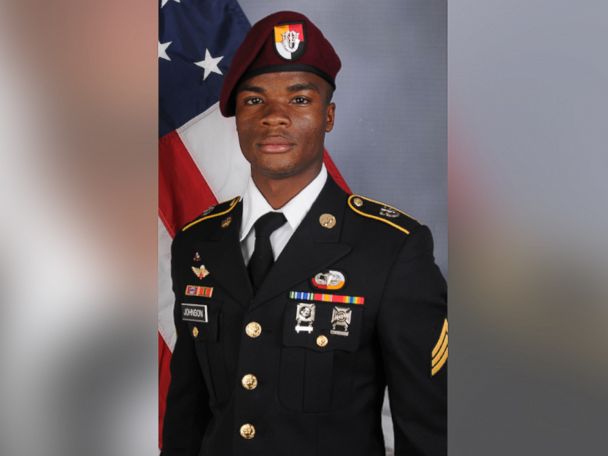 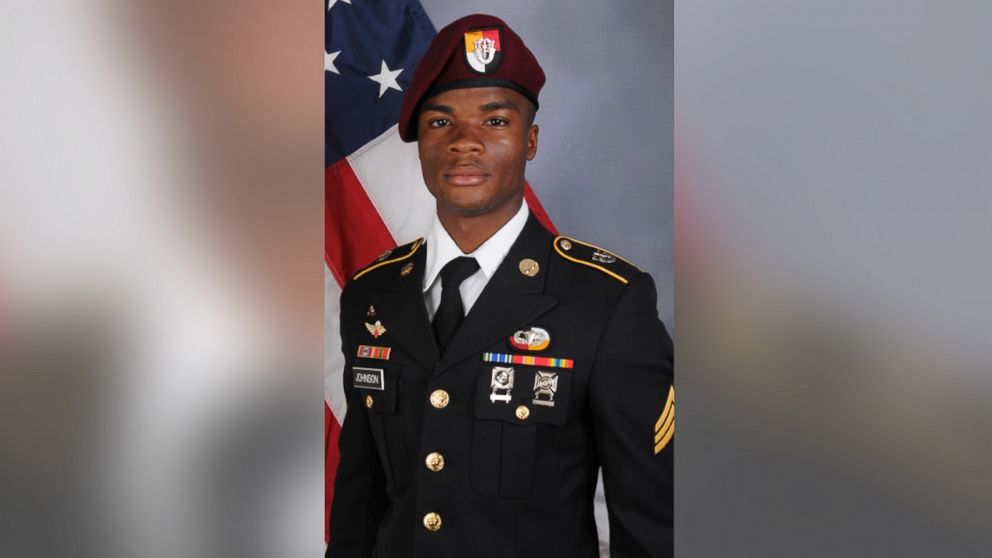 A Florida congresswoman says she is reeling from insensitive remarks President Donald Trump made Tuesday to the widow of a U.S. soldier who was killed earlier this month in Niger when he was ambushed by militants believed to be linked to ISIS.

Rep. Frederica Wilson said she was with Myeshia Johnson in a car headed to Miami International Airport Tuesday afternoon to meet the body of her late husband Sgt. La David T. Johnson, 25, when the president called.

Wilson said she heard part of the conversation on speakerphone.

In an interview with CNN Tuesday night, the Democrat congresswoman said of the commander in chief, “Basically he said, ‘well, I guess he knew what he signed up for. But I guess it still hurt.’ That’s what he said.’

When asked by ABC Miami affiliate WPLG if she was sure that is what she heard Trump say, Wilson responded, “Yeah, he said that. To me that is something that you can say in a conversation, but you shouldn’t say that to a grieving widow. And everyone knows when you go to war, you could possibly not come back alive. But you don’t remind a grieving widow of that. That’s so insensitive.”

Wilson told WPLG, “Now I didn’t hear the entire conversation, but when I tried to find out what the entire conversation was, she said I just can’t remember everything that he said. But that stood out in everyone’s, uh heart, on the call. You don’t say that. He is the president of the United States. This is a soldier who gave his life for his country. He is a hero in our minds, in our communities’ minds, that is an insult to the entire Miami Gardens community, to our entire District 24, to Miami-Dade County, and to this nation. And I hope he did not say that to the other 3 families that he called.”

The full context of the president’s comment as described by Wilson is not known.

And The White House is declining to comment on the remarks that are being attributed to Trump.

“The president’s conversations with the families of American heroes who have made the ultimate sacrifice are private,” a White House official told ABC News Tuesday night.

In her interview with CNN Wilson elaborated on her reaction, saying she wanted to confront the president.

“I asked them to give me the phone because I wanted to speak with him,” she said. “And I was going to curse him out. That was my reaction at that time. I was livid. But they would not give me the phone.”

As for Johnson’s reaction, Wilson told CNN, “She was just crying. She couldn’t say anything. The only thing she said when it was time to hang up was thank you, bye-bye.”

Johnson was one of four soldiers killed in Niger when a joint patrol of American and Niger forces was ambushed Oct. 4 by militants believed linked to ISIS. He was assigned to the 3rd Special Forces Group, based at Fort Bragg, North Carolina. The military says his body was found Friday after an extensive search; his body was initially listed as missing. The bodies of the three other U.S. troops were recovered shortly after the attack, which also killed four Niger military members. The U.S. and Niger forces were leaving a meeting with tribal leaders when they were ambushed.

Johnson, mother to the couple’s 2-year-old son and 6-year-old daughter, is expecting their third child in January.

Wed Oct 18 , 2017
Two U.S. senators on Tuesday reached a bipartisan agreement to shore up Obamacare for two years by reviving federal subsidies for health insurers that President Donald Trump planned to scrap, and the president indicated his support for the plan. Continue Reading Below The deal worked out by Republican Senator Lamar […]