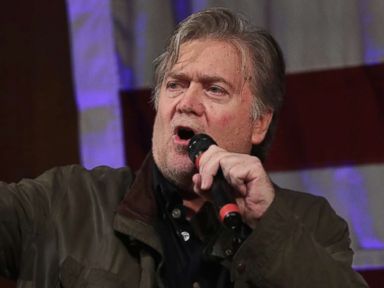 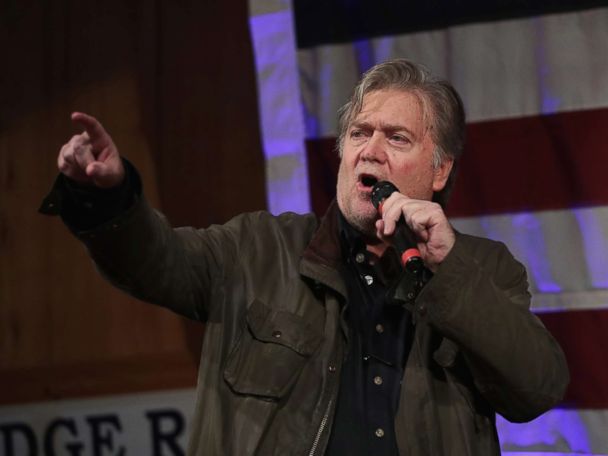 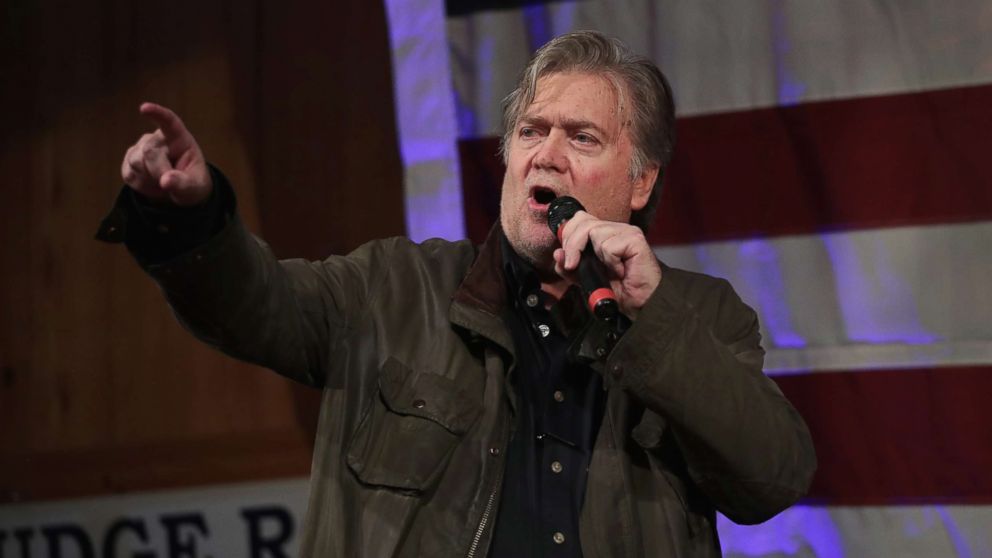 President Donald Trump hit back at Steve Bannon in scathing comments on Wednesday saying that when his former White House chief strategist was fired “he not only lost his job, he lost his mind”.

President Trump’s comments, which came in the form of a written statement from the White House, were in response to Bannon’s strident criticism of Donald Trump Jr., Jared Kushner and Paul Manafort for sitting down with a group of Russians who promised damaging information against Hillary Clinton during the 2016 election in excerpts from a new book viewed by the Guardian.

“Steve Bannon has nothing to do with me or my Presidency. When he was fired, he not only lost his job, he lost his mind. Steve was a staffer who worked for me after I had already won the nomination by defeating seventeen candidates, often described as the most talented field ever assembled in the Republican party,” the president said in a statement. “Now that he is on his own, Steve is learning that winning isn’t as easy as I make it look. Steve had very little to do with our historic victory, which was delivered by the forgotten men and women of this country. Yet Steve had everything to do with the loss of a Senate seat in Alabama held for more than thirty years by Republicans. Steve doesn’t represent my base — he’s only in it for himself.”

The statement went on to read Bannon “pretends to be at war with the media” and “yet he spent his time at the White House leaking false information to the media to make himself seem far more important than he was.”

For his part,” Bannon is quoted as worrying about the legal implications of the June 2016 meeting according to the Guardian’s report on Michael Wolff’s book ‘Fire and Fury: Inside the Trump White House’.

“Even if you thought that this was not treasonous, or unpatriotic, or bad [expletive], and I happen to think it’s all of that you should have called the FBI immediately,” Bannon is quoted as saying of the legal implications of the June 2016 meeting according to the Guardian’s report on Wolff’s book .

In the book, Bannon suggests such information should have been passed on to lawyers as intermediaries and pushed for publication “down to Breitbart or something like that, or maybe some other more legitimate publication.”

Bannon returned to Breitbart as executive chairman in August.

Bannon did not immediately respond to ABC News when asked for comment on whether he disputes the quotes attributed to him in the article.

Spokespeople for Kushner and Trump Jr. did not immediately respond to request for comment.

Bannon is also quoted in the book as offering a candid and damning outlook on the prospects of Special Counsel Robert Mueller‘s investigation into potential Trump campaign collusion with Russian efforts to meddle in the 2016 election and raising alarm over investigators directing their inquiry into the finances of those in Trump’s inner circle.

“You realize where this is going,” Bannon is quoted as saying. “This is all about money laundering. Mueller chose [senior prosecutor Andrew] Weissmann first and he is a money-laundering guy. Their path to [expletive] Trump goes right through Paul Manafort, Don Jr and Jared Kushner … It’s as plain as a hair on your face.”

Manafort, Trump’s former campaign chairman, pleaded not guilty after he and his associate Rick Gates were indicted in October on charges including conspiracy against the United States, money laundering and working as unregistered foreign agents.

It’s not the first time Bannon, who continues to advise the president from outside the White House, has drawn attention for his candid comments after leaving his post.

Tax reform to fuel US economy, stock rally in 2018

Wed Jan 3 , 2018
The New Year could be another big one for the economy and the markets, experts say, thanks to a recently-approved tax reform bill that could shake up the business environment in the U.S. Continue Reading Below The White House forecasts that U.S. growth could reach 4% once the economy experiences […]