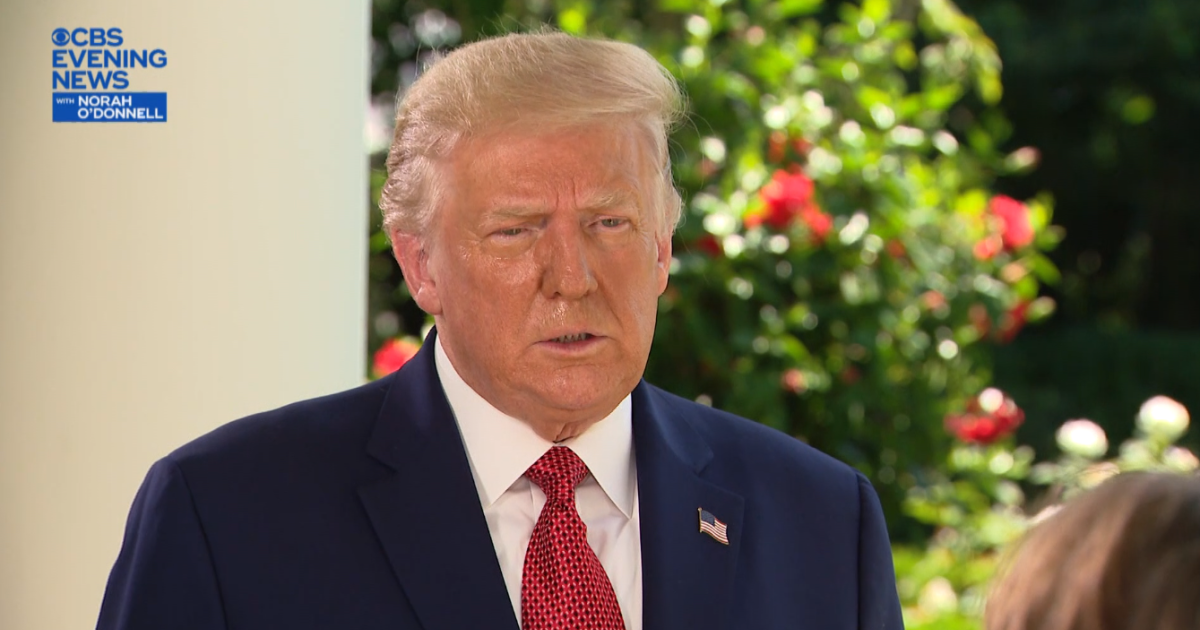 Watch more from Catherine Herridge’s interview with President Trump on “CBS This Morning” from 7 to 9 a.m. ET.

Washington — President Trump said he’s “not interested” in engaging in a second round of trade negotiations with China, following the “Phase One” trade deal reached in January.

“We made a great trade deal. But as soon as the deal was done, the ink wasn’t even dry, and they hit us with the plague,” Mr. Trump continued, referring to the coronavirus pandemic, which scientists say originated in Wuhan, China, late last year. The president has repeatedly touted his decision to impose travel restrictions on China in late January.

He announced he had signed a bill and an executive order sanctioning China over the situation in Hong Kong at the White House on Tuesday evening. He said he has “no plans to speak to” Xi Jinping, the Chinese president.

While the president initially praised the Chinese response to the pandemic, he has since blamed the country for failing to contain the virus, leading to strained relations between the two countries and dimming hopes of progress on further trade talks.

Mr. Trump said in January that tariffs on Chinese goods will remain until a “Phase Two” trade agreement between the two countries, prolonging a trade war that has hurt U.S. consumers and served as a drag on global economic growth before the downturn prompted by the pandemic.

Tue Jul 14 , 2020
FILE PHOTO: U.S. President Donald Trump refers to amounts of temperature change as he announces his decision that the United States will withdraw from the landmark Paris Climate Agreement, in the Rose Garden of the White House in Washington, U.S., June 1, 2017. REUTERS/Kevin Lamarque July 14, 2020 By Jeff […]