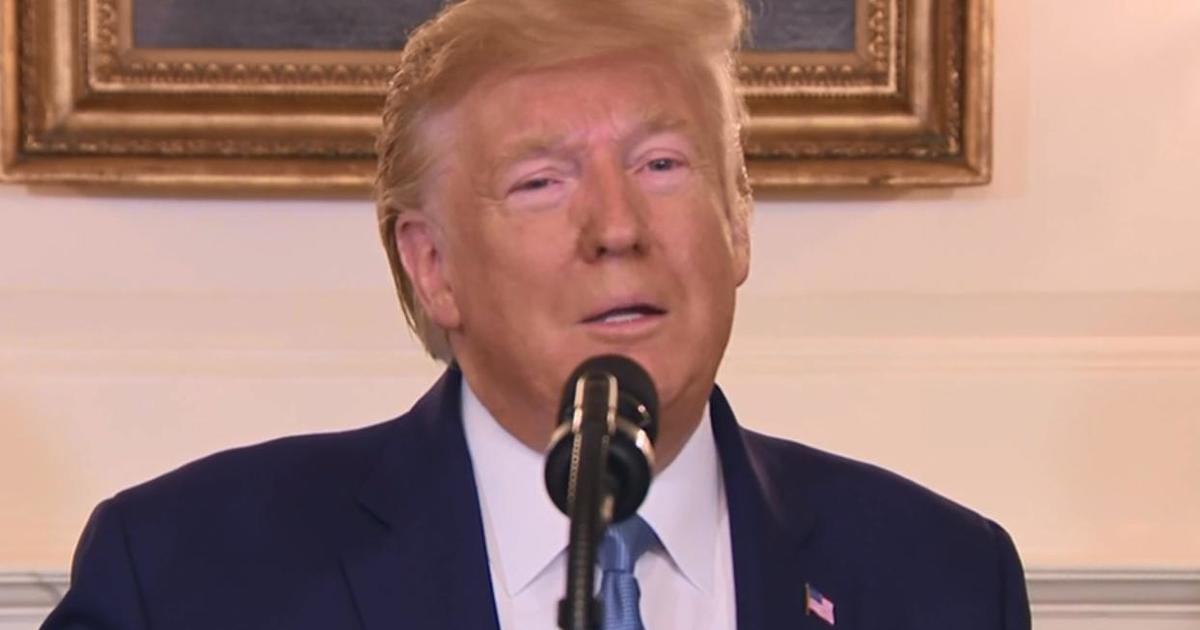 President Trump announced Wednesday that the U.S. will lift sanctions on Turkey, as there will be a “permanent” ceasefire in the conflict between Turkey and the Kurds in northern Syria. The Kurds largely withdrew from the region under the terms of a 120-hour ceasefire. The announcement comes after Turkish President Recep Tayyip Erdogan and Russian President Vladimir Putin negotiated a new six-day ceasefire, which allows Russia to step into the power vacuum created after Mr. Trump announced the withdrawal of 1,000 U.S. troops from northern Syria.

In his announcement, Mr. Trump said that Turkey informed him there would be a “permanent” ceasefire between Turkey and the Syrian Kurds.

“However, you would also define the word permanent in that part of the world as questionable,” Mr. Trump added. He also said that sanctions on Turkey imposed by the administration would be removed.

“This was an outcome created by us, the United States, and nobody else,” Mr. Trump said, countering the news that a ceasefire was negotiated by Erdogan and Putin.

Mr. Trump said that a “small number of U.S. troops” would “remain in the area” to protect oil reserves, which he said the U.S. had secured. He also

“We have done them a great service and we’ve done a great job for all of them, and now we’re getting out,” Mr. Trump said. “Let someone else fight over this long, bloodstained sand.”

Mr. Trump also said that those who had criticized his decision to pull troops from northern Syria were now praising him.

“Today’s announcement validates our course of action with Turkey that only a couple of weeks ago was scorned and now people are saying, ‘wow, what a great outcome, congratulations,'” Mr. Trump said. He also praised Erdogan, who has been criticized for his autocratic tendencies, and said that he and Erdogan may be meeting soon.

Mr. Trump tweeted that the announcement was coming on Wednesday morning.

“Big success on the Turkey/Syria Border. Safe Zone created! Ceasefire has held and combat missions have ended. Kurds are safe and have worked very nicely with us. Captured ISIS prisoners secured. I will be making a statement at 11:00 A.M. from the White House. Thank you!” Mr. Trump wrote on Twitter.

Turkey launched an offensive into Syria against the Kurds earlier this month. The Turkish offensive has left dozens of civilians dead and driven more than 200,000 people from their homes in the region. A ceasefire negotiated by Erdogan and Vice President Mike Pence last week included a provision to relocate the Kurds from northeast Syria within 120 hours.

As part of the new deal negotiated by Erdogan and Putin, Turkey will get a nearly 20-mile-deep “safe zone” along its border, clear of the Kurdish militias that Erdogan’s government considers terrorists.

Democrats and Republicans in Congress condemned Mr. Trump’s decision to withdraw U.S. troops from the region, accusing the president of abandoning the Kurdish allies who were instrumental in defeating the terrorist group ISIS. The Kurds were also in control of several prisons holding ISIS fighters and their families.

Mr. Trump insisted that his decision was motivated by a desire to end “endless wars” and return the troops to the U.S., although Defense Secretary Mark Esper said this week that the troops were being relocated across the border to Iraq, from where they would still be able to quickly deploy back into Syria to help quash any resurgence of ISIS.

Mr. Trump said on Wednesday that the Kurdish leader had informed him that prisons holding ISIS fighters were secured.

However, Iraqi military officials said Tuesday that no permission had been granted for the U.S. to increase its troop presence in the country for an extended period.

Esper quickly scheduled meetings with his counterparts in Baghdad and said the plan was for the American forces to remain only temporarily in Iraq before eventually coming home to the U.S., but he gave no timeline.

Holly Williams contributed to this report