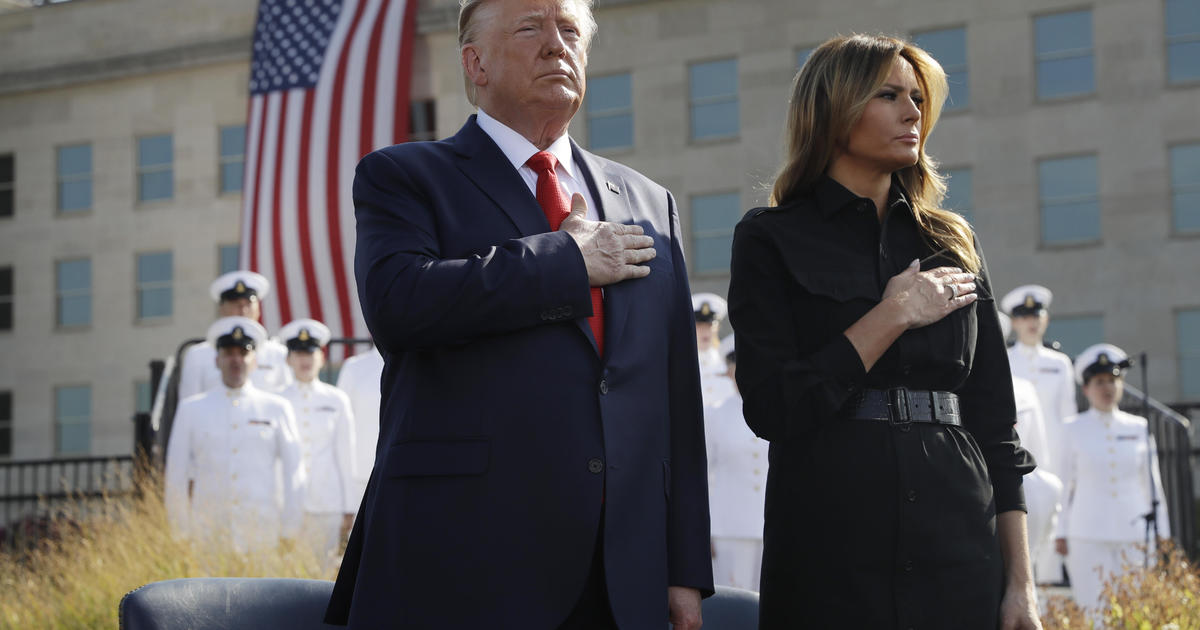 President Trump and First Lady Melania Trump are commemorating the 18th anniversary of the Sept. 11, 2001 terrorist attacks with a moment of silence and visit to the National 9/11 Pentagon memorial.

“For every American who lived through that day, the Sept 11 attack is seared into our soul,” the president said as he remembered the day.

Mr. Trump said he was sitting at home watching a major business television show when “all of the sudden,” the screen cut away. “Nobody really knew what happened, there was great confusion,” said Mr. Trump.

The president said he watched the second plane at “tremendous speed” crashed into the second World Trade Center Tower.

“It was then I realized the world was going to change,” he said.

The president mentioned his canceled talks with the Taliban, which were scheduled to take place close to the anniversary of the 2001 attacks.

“I called them off when I learned that they had killed a great American soldier from Puerto Rico…” the president told his audience.

Wed Sep 11 , 2019
Under pressure from the federal government, General Motors is recalling nearly 3.8 million big pickup trucks and SUVs in the U.S and Canada to fix a brake problem. There have been 113 reports of crashes and 13 injuries related to the problem, according to GM. The recall covers the Chevrolet […]