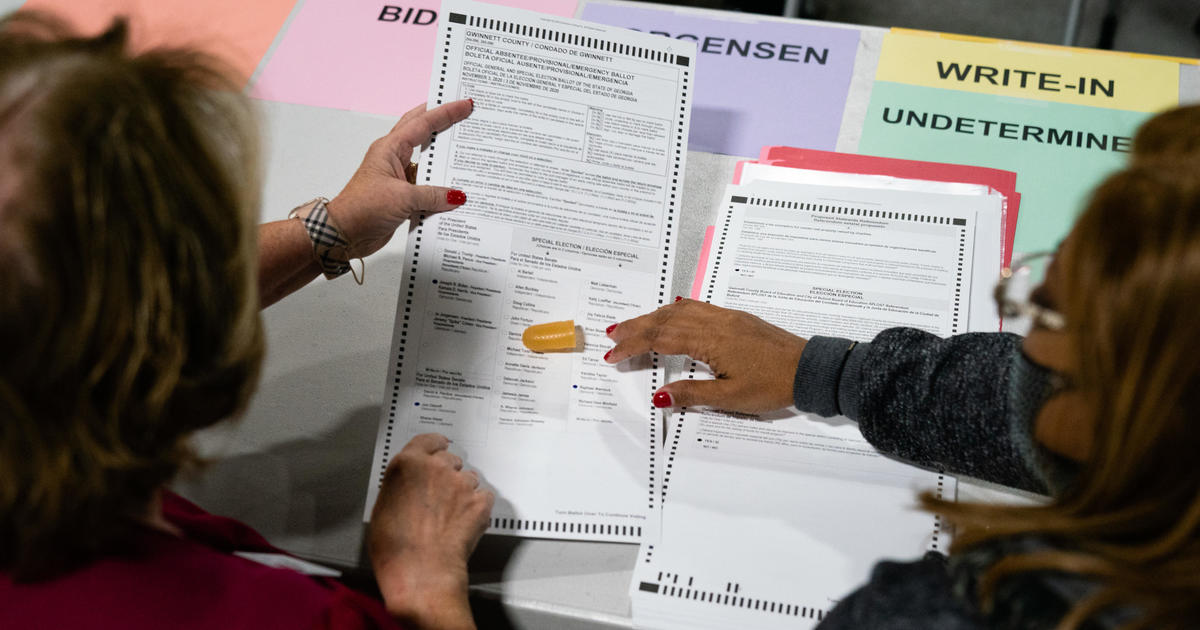 The Trump campaign has requested a recount in Georgia, the campaign announced Saturday night. President-elect Joe Biden won the state by more than 12,000 votes.

Georgia Secretary of State Brad Raffensperger and Governor Brian Kemp, both Republicans, have already certified the election results. Georgia allows for a candidate to request a recount following certification if the margin of victory is within .5 percentage points. Mr. Biden won by a little over .2%.

“President Trump and his campaign continue to insist on an honest recount in Georgia, which has to include signature matching and other vital safeguards,” the Trump campaign said in a statement Saturday.

Georgia earlier in the week already completed a full hand recount of all the ballots in the state at the behest of Raffensperger. During the recount, several memory cards were found in various counties that contained votes that had not been reported in the initial tally. The inclusion of these votes shrunk Mr. Biden’s lead slightly, but were not nearly enough to overturn the preliminary results of the election.

Since the election, President Trump has claimed on multiple occasions without any evidence that thousands of accepted absentee ballots in the state of Georgia did not have properly matching signatures. Kemp, after certifying the results, called for Raffensperger to “consider addressing these concerns” and conduct a “sample of audit of signatures on absentee ballot envelopes and compare those to the signatures on applications and on file that the secretary of state’s office.”

The Georgia Secretary of State’s office has said repeatedly that at this point in the process it is not possible to match signatures — which already took place as a part of a two-step signature verification process — because ballots are separated from envelopes to ensure the secrecy of voters’ selections.

On Thursday, Raffensperger issued a statement saying, “2,011 absentee ballots were rejected in the November 2020 election for missing or non-matching signatures out of 1,322,529 absentee ballots cast.” He noted that the “0.15% rejection rate for signature issues was the same in both the 2018 and 2020 General Elections,” and that the increase in the number of ballots rejected was consistent with the increase in the number of ballots received.

The recount requested by the Trump campaign will be a machine recount.

Georgia was one of five states Mr. Biden flipped from Mr. Trump‘s 2016 victory. The state has not voted to send a Democrat to the White House since former President Bill Clinton won it in 1992.

Sun Nov 22 , 2020
President-elect Joe Biden is moving forward with his White House transition despite a lack of cooperation from the Trump administration. He met on Friday with top congressional leaders to discuss the pandemic and economic crisis. “Face the Nation” moderator Margaret Brennan joined CBSN’s Lana Zak to discuss that and more. […]